Motorcycling Australia (MA) has advised that the 2014 Australian Supercross Championship has been confirmed for five rounds over three weekends in October and November.

Yarrive Konsky and his team at Full Throttle Sports will promote the five round series.

MA will work to ensure its members have a supercross championship that will meet expectations.  CEO Dale Gilson said it was imperative the right medical provisions were provided and prize monies guaranteed.

“We have worked closely with the championship promoter and have secured guarantees for prize money and Australia’s leading mobile medical team – Racesafe.” Mr Gilson said.

“The license holders are our primary concern, and many riders have expressed the need for supercross. Although we have held back releasing information about the 2014 championship until now, it was simply because we had their best interests in mind.

“We now have guarantees in place to protect them.”

The series will kick off in Bathurst on 10 – 11 October then move to Phillip Island and run in conjunction with the Australian MotoGP on 17-19 October and conclude in Brisbane on 8-9 November.

Event Manger Phil Sargent said –“Going to Bathurst during the V8 weekend and returning to Moto GP will ensure new consumer interest can be achieved.  We need to grow the profile of the sport and introduce Australia’s most watched two wheeled racing to new consumers and corporate partners.  We also need to provide current race fans the opportunity to watch events in their region”.

Event manager Phil Sargent believes there’s a need to return to major cities where possible and sustainable.  – “Regional areas are important, but the reality is we need to hit bigger populated areas and running in Brisbane will enable us to hit a huge demographic”.

Over the coming weeks we will release further information surrounding the championship. The website will be updated within 14 days.  In the meantime information will be posted on our Facebook page – Australian Supercross Championship.

The supplementary regulations will be released next week as we are finalising classes and schedules.  We understand and accept we need to communicate more frequently with riders and it will be major focus in 2014.

Racesafe will continue to provide the best mobile medical team trackside and the championship will provide something for riders, fans and sponsors. 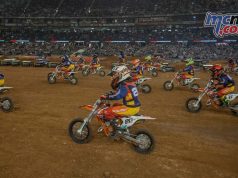 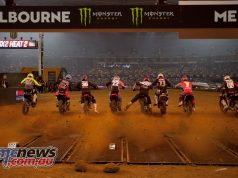 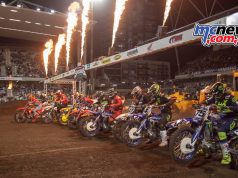