Britain’s biggest motorsport Championship heads north of the border this weekend (27/28/29 June) for the annual event in Scotland with fans set to descend on Knockhill circuit near Fife as the MCE British Superbike bravehearts do battle at the series’ fourth round.

Shane ‘Shakey’ Byrne heads the title fight as the former champion continues his quest to smash the record books and secure an unprecedented fourth title. The Kent-based contender scored a double victory at the 1.27-mile Knockhill circuit in 2013 and is striving to stay ahead of his title rivals.

Byrne said: “We are really comfortable with the Rapid Solicitors Kawasaki and last year we had two wins at Knockhill so the aim is obviously to do the same again. I never tend to rely on what has happened in previous years, but if we do our job and work hard then we will be pushing again. There have been some great, fun races between myself and Josh (Brookes) already and I would like to think this weekend will be the same. However, I think the nature of the circuit at Knockhill means there will be more riders in the mix too. My objective is the same as always and that is to try to win both races.”

Australian Josh Brookes is ready to take the challenge to Byrne this weekend. The Oulton Park race winner crashed out whilst pushing to the limit at the most recent Snetterton round, but has vowed to strike back in Scotland onboard the Milwaukee Yamaha.

Brookes said: “I am fine after the Snetterton crash so it is business as usual. I think it so down to me and then how Shakey rides. I don’t have expectations because if you look at the form from last year, everything has moved on so much. I was expecting us to be neck-and-neck though, and that’s how we have been. I am going to use my head a little bit more. At Snetterton I could have waited until the end of the race to try and make the move and it might have worked. But then I suppose if you look at Oulton Park I made it straight away and then won the race so it all depends on the situation. I have watched the last race back and think perhaps I should have waited, but if the chance is there and I see it this weekend, I will go for it.”

The home support will be for the second Rapid Solicitors Kawasaki of Stuart Easton as the rider from Hawick bids for his first podium of the season at his local circuit. Easton has scored a best result of fourth in 2014 but the reigning Motorpoint British Supersport champion is hungry for success.

Easton said: “I look forward to Knockhill as it is my one and only home round and we are going into this weekend looking for a vast improvement on Snetterton. It is still early days in the championship, but we want to get back to having consistent results like we did at the first two rounds before we stumbled a bit at Snetterton. This is where we want to get everything back on track and there is no reason why we can’t, hopefully we can give the Scottish supporters something to celebrate.”

The battle will intensify this weekend following the last round at Snetterton when in race two, the top ten featured riders from six different nationalities, representing six different manufacturers. 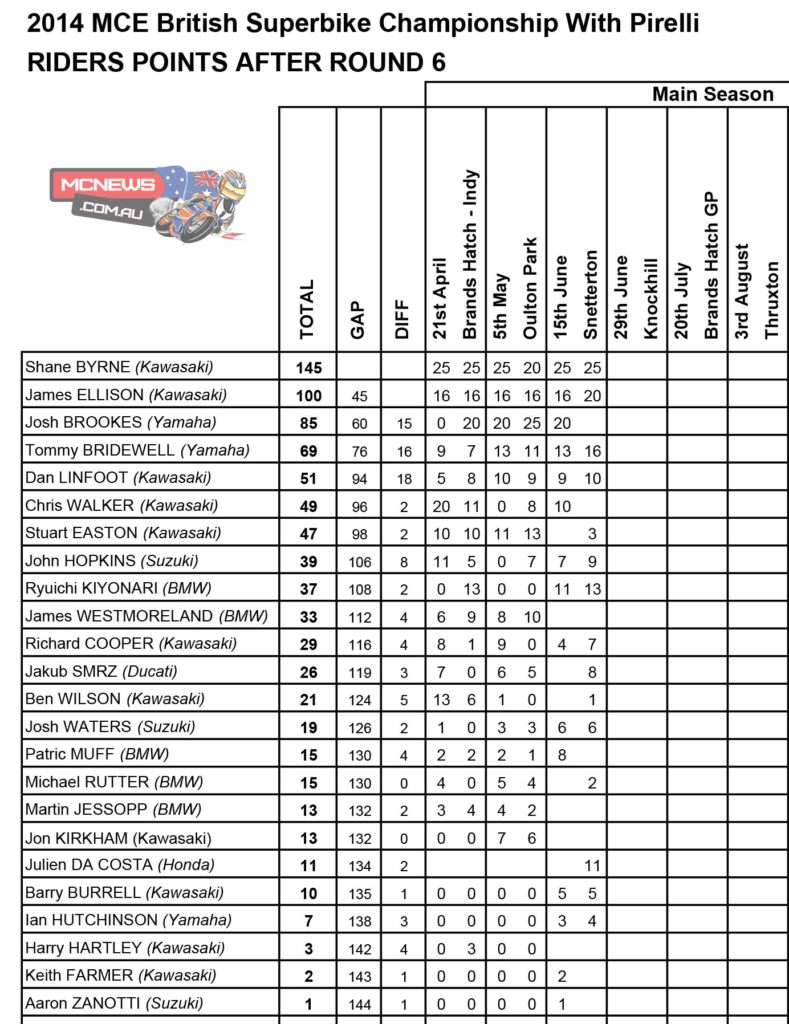 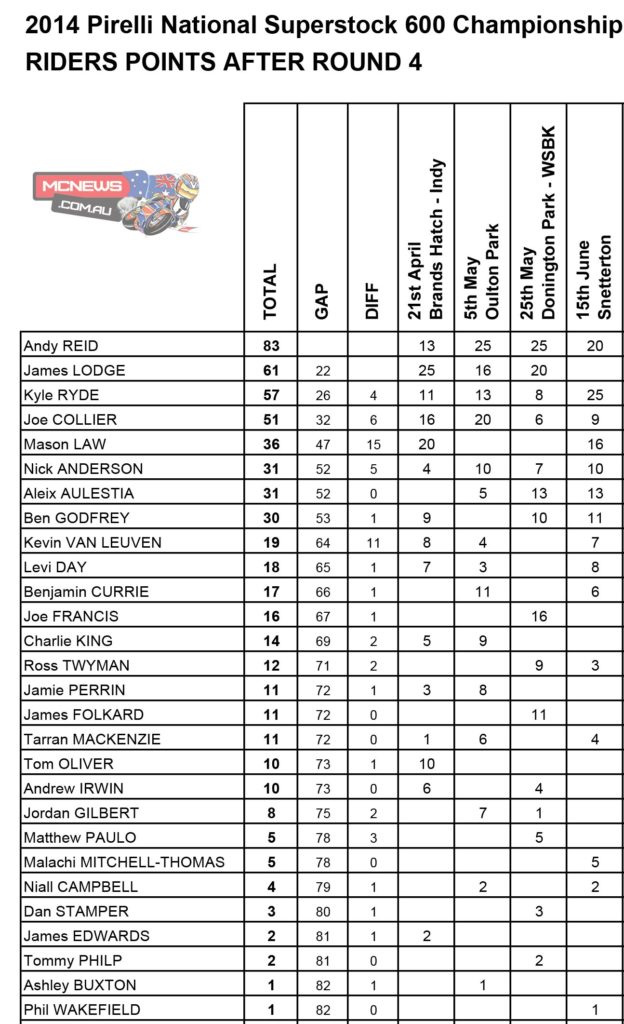 Bugden and Halliday look to this weekend at QLD Raceway