Marc Marquez numbers – Following the win by Marc Marquez at the Dutch TT, below is a selection of numbers relating to his current Grand Prix achievements:

11 years between wins for Anthony West – Anthony West’s win in the Moto2 race at Assen came exactly 11 years to the day after his only other GP win, in the 250cc race at the Dutch TT in 2003. This gives West the following new records with respect to time between GP wins:

With his 2014 win at the Dutch TT, West also entered the record books with the following:

Spain close in on 500th Grand Prix win –  The victory by Marc Marquez at the Dutch TT was the 497th World Championship Grand Prix win by a Spanish rider. By winning all three races at the German GP this weekend, Spain could become just the second nation to reach the milestone of 500 Grand Prix wins across all solo classes. The top ten most successful nations are shown in the table below:

Below is a full list of the 37 Spanish riders who have won Grands Prix races, together with the number of wins: 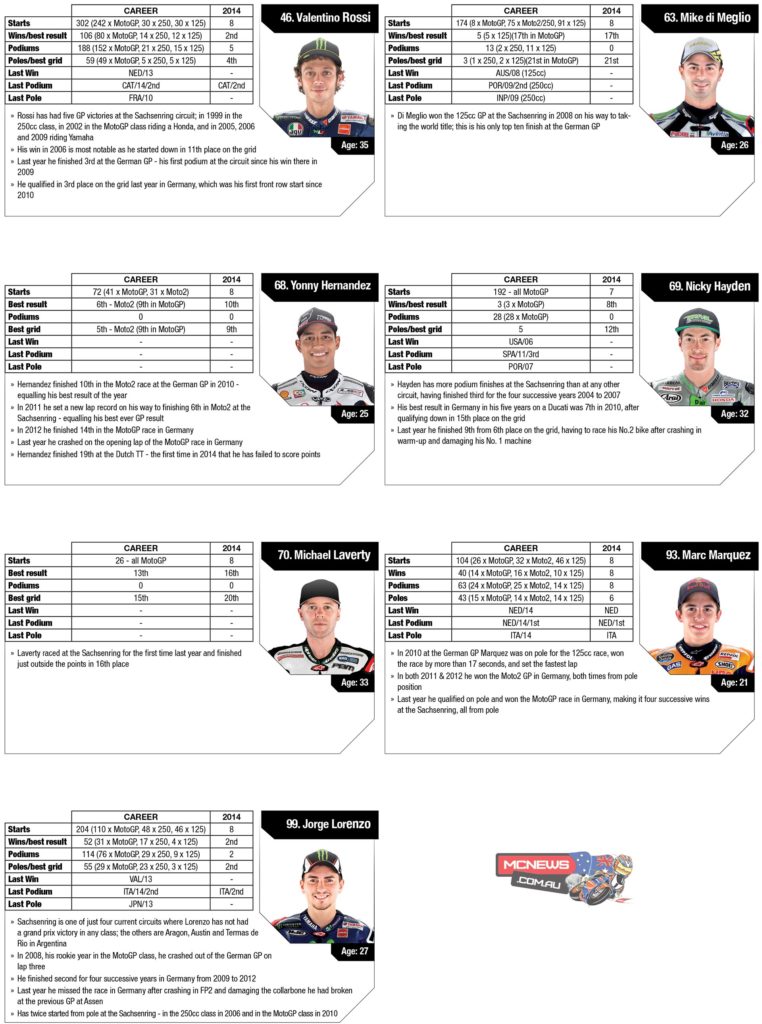 Energica to wind up involvement in MotoE category as sole supplier