Harrison masters the Mount with hat-trick of wins

Fresh from his victory at the Isle of Man TT Races, RC Express Racing’s Dean Harrison was back out in action at the weekend, contesting the Barry Sheene Road Race meeting at Oliver’s Mount, Scarborough and it proved to be another successful weekend for the Bradford rider with a hat-trick of victories chalked up.

The meeting saw races for both modern and classic machinery and as well as riding the RC Express Racing by MSS Performance Superstock ZX-10R Kawasaki, Dean was also out on the Mistral Racing Kawasaki ZXR750 in preparation for August’s Formula 1 Classic TT race.

With conditions perfect throughout the two days, Dean opened his account for the weekend on the ZX-10R with a hard fought victory over Ivan Lintin in Saturday’s Senior race. It was Lintin who held sway in the early stages but there was never more than half a second between himself and Dean and, aided by the fastest lap of the race – 1m46.384s – Dean was able to edge ahead in the closing stages and run out eventual victor by 2.3s.

The ZXR750 had expired during Saturday’s Geoff Barry Classic Superbike race but with a new engine fitted for Sunday, Dean opted to use the machine for the entire day, keen to get in as many laps on the bike as possible prior to the Classic TT.

It proved to be an invaluable decision as he took comfortable wins in the Barry Sheene Classic Superbike final as well as in the second leg of the Geoff Barry Classic Superbike event. Just for good measure, Dean then rode the same bike in the Senior race – for modern machinery – finishing in a good third and just nine seconds adrift of race winner Lintin!

Dean Harrison: “Overall, it’s been a good weekend and the main aim was to get some time on the old ZXR in preparation for the Classic TT and the meeting’s more than served its purpose. I brought the RC Express Racing Stocker along with me just in case there were any issues with the Classic bike as I didn’t want to be sat idle and it proved to be a good decision on the Saturday. The Classic engine went bang and so I took the Stocker out for a good win in the Senior.”

“The Mistral boys got me back out on Sunday and with a new Maxton shock that worked a treat, I got plenty of laps in on the bike and took two good wins. I also took third on it against all the modern machinery in the second Senior race and I’m surprised at how good it is. For saying the bike’s well over 20 years old, it stops well, handles well and has good top end speed so I’m really looking forward to getting out on it at the Classic TT.”

Successful weekend at Scarborough for Farquhar

Ryan Farquhar also enjoyed a successful weekend of racing at Oliver’s Mount, Scarborough with the Dungannon ace taking a hat-trick of victories to become just the second rider to break the 100-win mark around the 2.43-mile woodland circuit.

Competing at the Barry Sheene Road Race Festival, Farquhar was using the meeting as preparation for August’s Classic TT races and was on board Roger Winfield’s 500cc Paton and 1100cc Harris Yamaha over the course of the two days, the same machines he’ll use in the 500cc and Formula 1 Classic TT events.

With perfect weather conditions at the seaside venue, Ryan opened his account for the weekend on Saturday with a comfortable win on the Paton in the first leg of the 500cc Pre-73 Classic, coming home over eight seconds clear of the similarly mounted Ian Lougher. He then followed that up with an even more emphatic win in the Geoff Barry Classic Superbike, his winning margin on the Harris Yamaha some 24.9s.

Sunday saw a repeat result in the 500cc Pre-73 Classic race although it was a lot closer this time around with Lougher crossing the line just 0.2s adrift and it moved Ryan on to a total of 101 victories at the Mount. For his final two races, the Barry Sheene Classic Superbike and second leg of the Geoff Barry Classic Superbike, Ryan had to give best to Dean Harrison but runner-up spot in the latter was enough to give him the overall victory.

It was also a good day for Farquhar’s KMR Kawasaki team with Connor Behan taking victory in the Supertwins race at Kells to extend his lead in the Irish Road Race Championship.

Speaking at the end of the day, Ryan commented; “It’s been a good weekend and with three wins and a pair of seconds, it’s been the ideal shakedown for the Classic TT. It was my first time out on the Harris Yamaha and the speed of the bike is undoubtedly there as I was able to lap comfortably quicker around here than what I’ve done before on a Classic bike. I found out a lot about the bike in terms of areas that we can improve and if we can fine tune the chassis to handle the bumps of the Mountain Course, we’ll be in a good position.”

“Dunlop had given me a developmental tyre to use and it worked really well, probably the best tyre I’ve ever had so that bodes well too. The Paton was working very well too and it was good to have a close race with Ian on Sunday and we pushed each other hard all the way. It was great to be back on a bike I enjoy riding so much and I’m really looking forward to getting back to the Isle of Man in August.” 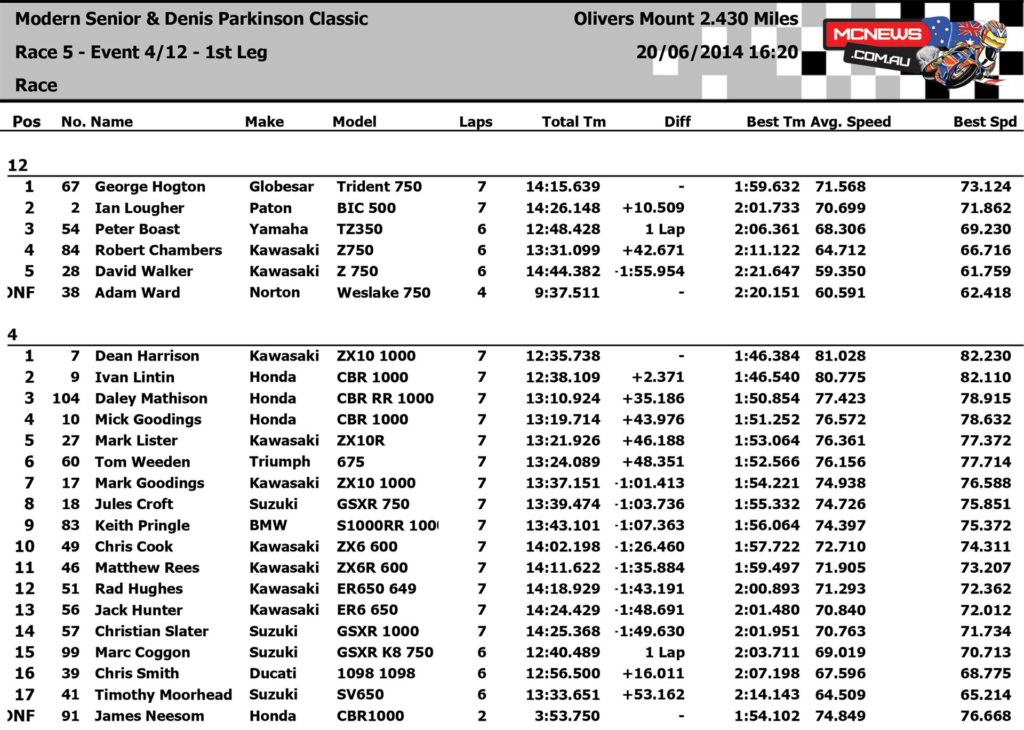 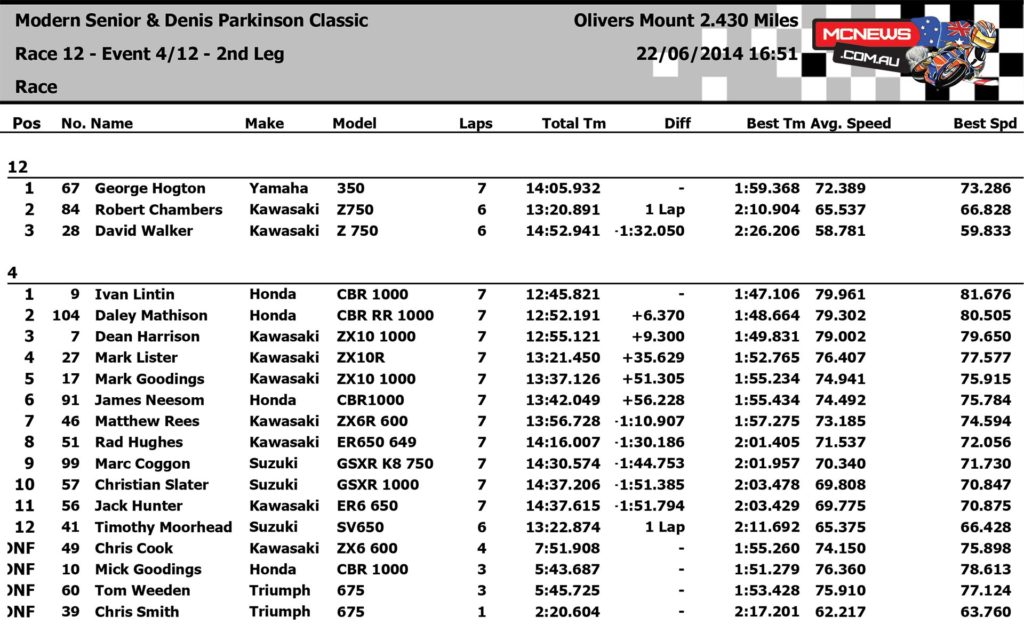 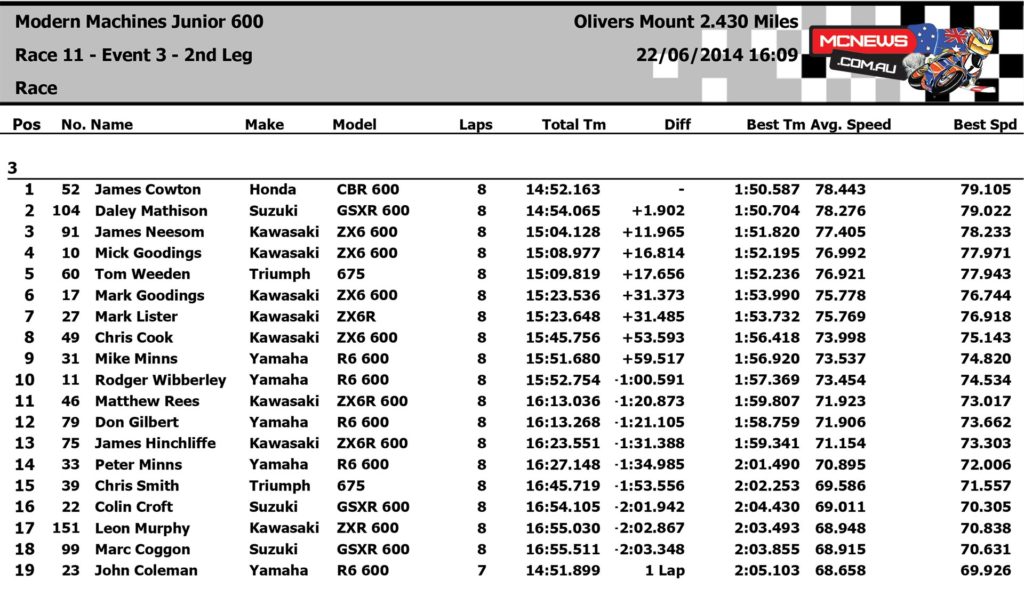 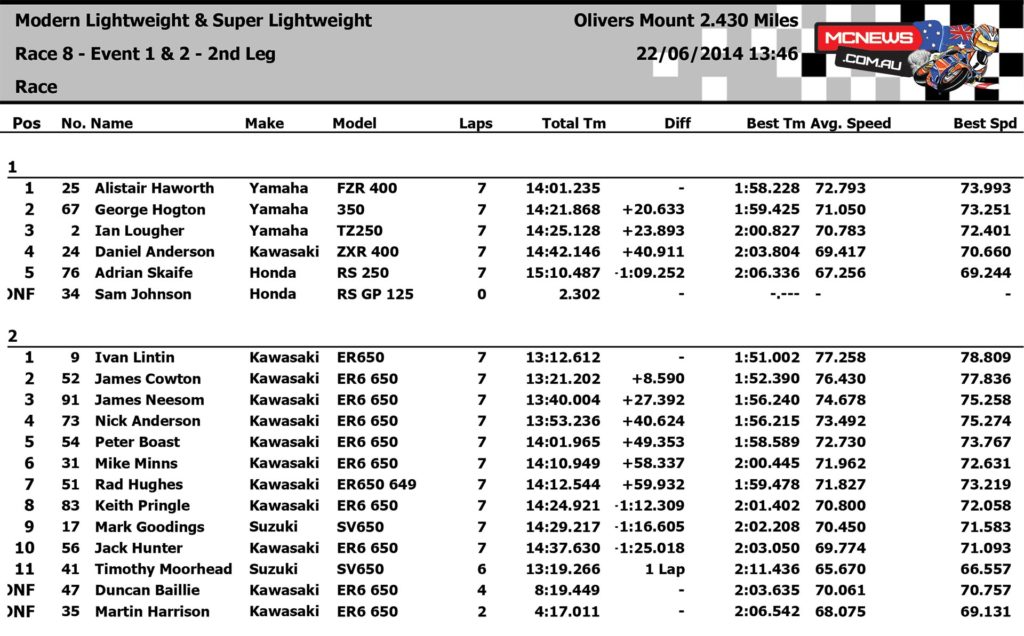 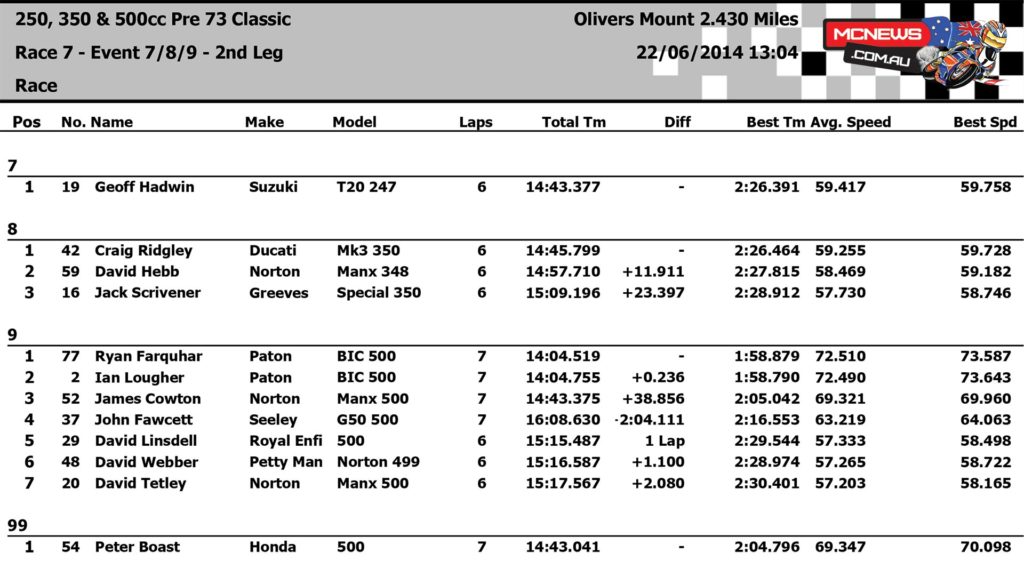