MotoGP heads to Germany with Marquez in charge

Will Marquez extend his lead before the summer break?

The series leader has eight straight wins at Sachsenring..

What will Dani Pedrosa announce for his future?

On the eve of the ninth round of the 2018 MotoGP World Championship Repsol and Honda have announced the renewal of their alliance which will see the pairing celebrate their 25th anniversary in season 2019.

And for that new 2019 season it will be a new line-up as long-time Reposl HRC man Dani Pedrosa departs the fold.  The diminutive Spaniard has stated that he will announce his plans for next season this weekend in Germany. Will that be retirement? Or will Pedrosa join the new Sepang Circuit owned Yamaha satellite team?

Filling a bigger pair of leathers than those Pedrosa will leave behind will be Jorge Lorenzo. This not only makes for an all Spanish line-up yet again at Repsol HRC, but also marks one of the most powerful rider pairings in history. Between Marquez and Lorenzo they have won seven of the last eight MotoGP titles, with the exception being that won by Casey Stoner with Repsol Honda in 2011.

Let us not get ahead of ourselves though as there is still 11 rounds of season 2018 remaining. This weekend is the final bout before the summer break and it is on the shortest circuit on the calendar, Sachsenring.

Its tight 3.671 km and 13-turn configuration makes this one of the most challenging circuits of the season, and is an event that usually gives exciting and close racing.

Formerly a road based circuit in-and-around the city of Chemnitz in the eastern part of Germany, near the cities of Dresden and Leipzig, Sachsenring’s purpose-built track was opened in 1996, hosted its first motorcycle Grand Prix in 1998 and then had a substantial update to the track and facilities in 2001.

Its position usually draws a large and vociferous crowd during the weekend, but its location can also lead to wet and cold conditions.

Since his MotoGP debut in 2013, no one has beaten reigning Champion Marc Marquez (Repsol Honda Team) to the top step at the Sachsenring – or even before. Marquez has eight straight wins at the track: one in the 125 World Championship in 2010, two in Moto2 in 2011 and 2012, and every year since in the premier class. That’s makes the goal for the rest of the grid a simple one as we barrel towards the summer break: beat the King of the Sachsenring.

It won’t be easy. The final battle of the first half of the season will take place at another venue steeped in history and although the track itself is newer, the anti-clockwise venue is a unique one.

Marquez’ biggest competition may well come from teammate Dani Pedrosa, whose MotoGP record at the German track is equaled only by his record at Valencia. Pedrosa has won four times at the venue, and with a Press Conference on Thursday at which he’ll be announcing details of his future, it will be a big weekend for the three-time World Champion.

Alex Rins to miss Catalunya due to cycling accident

Valentino Rossi (Movistar Yamaha MotoGP) is another name with a great CV at the track, including four premier class wins. He’s also the closest challenger to Marquez in the title fight as it stands, making it everything to play for for the nine-time World Champion. A winner at the venue for two manufacturers, too, Rossi will surely be a threat.

Maverick Viñales’ record isn’t as shimmering, with two podiums in the lightweight class, but the Spaniard beat the ‘Doctor’ over the line last season and has his own aspirations to the crown, sitting third overall…

In 2016, however, Andrea Dovizioso (Ducati Team) beat both the Movistar Yamahas to complete the podium. The Italian has a solid record at the track added to by the rostrum finish, and the Borgo Panigale factory have won there before, back in 2008 with Casey Stoner. ‘DesmoDovi’ needs some form and began to recover that in Assen, taking fourth to move up to fifth in the standings – can he keep the tide turning a little on teammate Jorge Lorenzo in Germany?

The Sachsenring is one of very few venues where the number 99 has never won, but two out of the last three wins for Lorenzo makes it a big statement for Dovizioso if he can turn the odds against the Spaniard.

Alex Rins (Team Suzuki Ecstar) is on song and took his best ever finish last time out, teammate Andrea Iannone will want to fight back and Cal Crutchlow (LCR Honda Castrol) has a solid record at the track – as do Honda as a manufacturer.

Johann Zarco (Monster Yamaha Tech 3), meanwhile, has a tough act to follow after then-teammate Jonas Folger pushed Marquez to the limit last season – but the Frenchman says he has the data.

“The Sachsenring in Germany is a small track, but very interesting and very nice. Sometimes we had a lot of rain there, but even then the circuit is incredible and offers so much grip, which is even disturbing me a bit, because it’s just unbelievable how you can lean the bike in the wet. You need some time to get used to that. When it’s dry, I just hope it’s also warm, as we feel better like this, overall on the right side, because there are so many left corners, so the right side of the tyre is always a bit cold. Last year, I finished in ninth position and my former teammate Jonas did an incredible Grand Prix on his home track. I would like to understand what it needs to repeat it and be on the podium at the Sachsenring, which would be fantastic.” 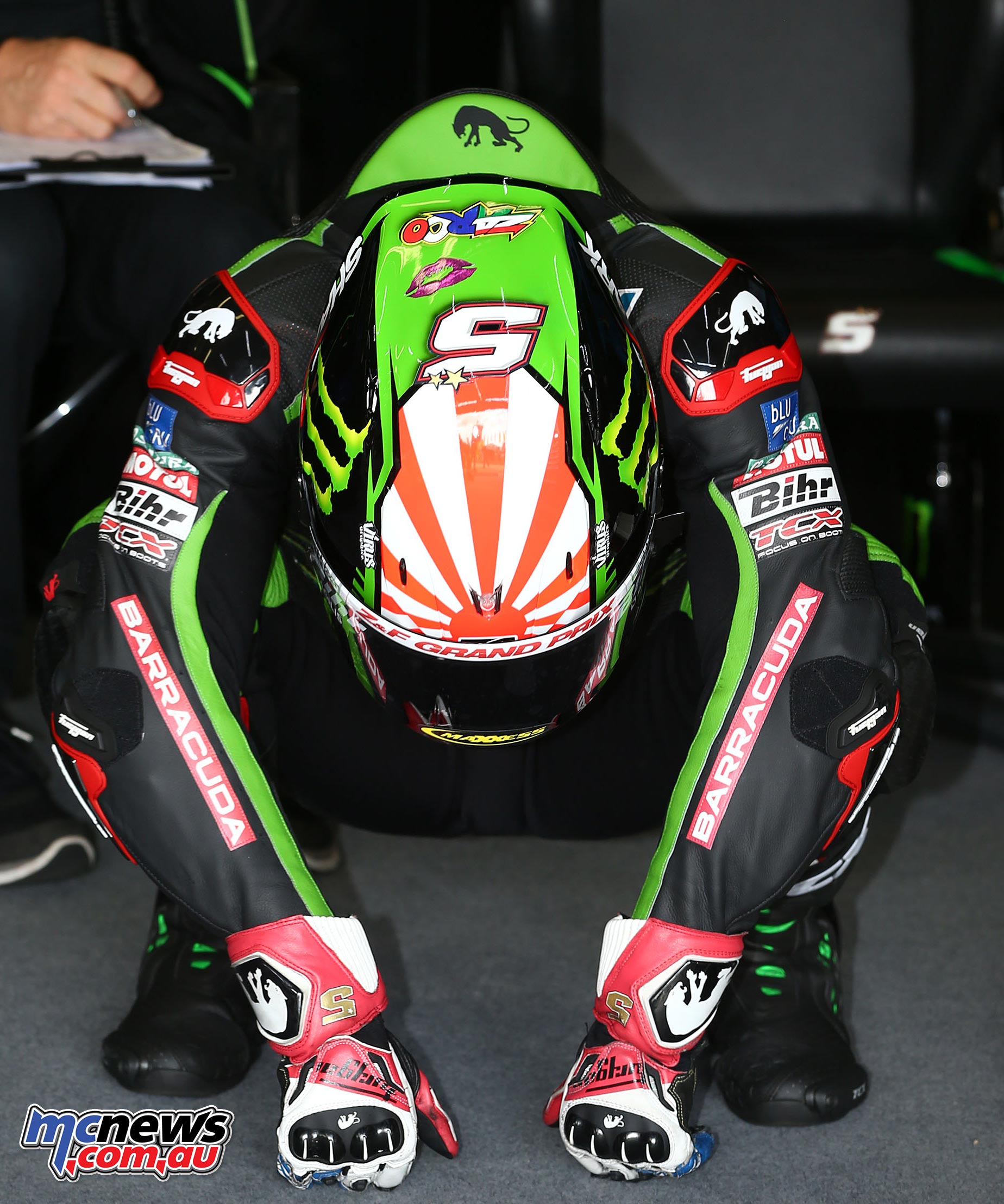 The German GP gets underway at 2200 AEST on Sunday night. After Sachsenring MotoGP heads for a brief European summer hiatus before reconvening at Brno on August 5th.

Riders reflect on opening day of practice in Germany