After the raucous Valentino Rossi mad seaside of the Riviera di Rimini, MotoGP now heads for the unique backdrop of MotorLand Aragon.

Marc Marquez (Repsol Honda Team) arrives on home turf with an aptly numbered 93-point lead. The last three races though have shown that the reigning Champion doesn’t always get his own way…

Marquez has won four times in the premier class at Aragon, including the last three in a row. If he does it again this weekend there is a slight chance Marquez can set himself up to possibly seal the title when MotoGP visits Thailand early next month.

“After a fantastic win in Misano I am excited to race again, especially in Aragon where I really feel like I am at home as it is so close to Cervera. It’s where the most people from my hometown come to watch and always the fans help to give me something extra. We have a good lead in the championship but it doesn’t change how we approach the weekend, we keep pushing and trying to achieve our maximum. Let’s see what happens in Aragon!”

Maverick Viñales (Monster Energy Yamaha MotoGP) seems a good bet as someone who will be aiming to derail Marquez’ assault on Aragon, and coming from two podiums in a row he’s on good form, although he’s never won at MotorLand in the premier class.

“After the Misano podium I‘m feeling extra optimistic about coming here in Aragon. Like every Spanish round, this GP is very special to me because the fans and atmosphere are great, and I really like this track. We have been doing good work in the previous rounds, so I expect to be fast here too. We will try to stay focused on our goal, we want to keep improving during every race weekend. We‘ve seen our potential get better and better since starting the second half of the season, so I think that we can do a good job.”

Team-mate Valentino Rossi (Monster Energy Yamaha MotoGP) will also be aiming for the podium, with the top three in the championship just over 20-points away. The Italian legend has been encouraged by the recent slew of new parts that Yamaha has produced, and the competitiveness of all the Yamaha riders that was demonstrated last weekend in Italy.

“After the race in Misano we have travelled to Aragon for a back-to-back race. We‘ve seen at the San Marino GP what we need to work on, so that‘s what we will be focusing on during this weekend – though Aragon is a difficult track for us, historically. We always struggled here, but this time we arrive after some good races. For sure we will have to work hard this GP, but we hope to be more competitive than we have been in the past.”

Plenty of eyes will once again be on Fabio Quartararo (Petronas Yamaha SRT), the rookie had a stunning race in Misano, taking the reigning Champion to the wire and putting up a fight on the last lap. In the end it was another podium and not a maiden win, but it’s the closest the fast Frenchman has come to the top step so far – and in some serious style. Can he do it again this weekend? If he does it, Rookie of the Year will start to look less like a probability and more like a formality.

“Fighting with Marc at Misano means that I’m going to Aragon with a lot of confidence. It showed how good a job we did there, and only five days after getting off the bike in a really good condition I get to ride again. The long straights aren’t too much of a problem for us, because we showed at the Red Bull Ring and at Misano that as long as you make a good start and five strong laps at the beginning you can be in the fight. The first target will be to be on the front row again, because we need to ensure a good start, and then we’ll try and do our best as always.”

Alex Rins (Team Suzuki Ecstar), meanwhile, is looking for a comeback. The number 42 hails from mere kilometers away from MotorLand to make it a true home venue for the Suzuki rider. After defeating Marquez with his stunning move at Silverstone, Rins faltered at Misano and crashed out – so motivation will be higher than ever. He also slipped to fourth in the standings with the mistake on the Riviera di Rimini, so Aragon is a chance to get back into that top three and stake his claim on another podium at least.

The man who moved above Rins at Misano was Danilo Petrucci (Ducati Team) who, despite a tougher few rounds of late, has kept raking in the points to put himself back behind teammate Andrea Dovizioso in the standings.

“I really like the Alcañiz circuit, even though for a variety of reasons I have never scored any good results here. I hope the time has come to change all that and overturn the trend of the last few races. At Silverstone and Misano I was quicker in the race than during practice, so from now on I have to constantly improve during the weekend to start up at the front on the Sunday. The team is doing a great job, but we must make a further step forward to tackle the final part of the season in a positive way and defend third place in the standings, which at this moment is my main target.”

Misano was also tougher weekend than many expected for the Borgo Panigale factory though, so can they bounce back at MotorLand? Traditionally a tougher track for Ducati than some, a good few eyes will be on the two Italians in red and Dovizioso will be aiming to repeat his impressive performance from last year.

“Motorland is one of the most unusual tracks in the calendar. In the past I had never really scored any good results, but last year we were very competitive and we finished second, so we arrive at the race weekend with this memory and this mentality. Obviously, as we could see at Misano, each race is a world unto itself and everything can change from one year to another, but we will try and be fast to get in amongst the leading positions throughout the weekend.”

In the fight for top Independent Team rider, it’s also close, although Quartararo’s Misano masterpiece put him back above Jack Miller (Pramac Racing), and gave him some breathing space ahead of Cal Crutchlow (LCR Honda Castrol) for now. Is another twist coming in Round 14? Crutchlow certainly will want to score big and bounce back from a crash on the Riviera di Rimini and Miller made good progress forward on Sunday in San Marino.

Making life increasingly difficult for the riders who started the season bothering the top five, top eight and top ten is Pol Espargaro (Red Bull KTM Factory Racing), however. A stunning performance from the Spaniard in qualifying at Misano gave KTM their second front row of the season, and the number 44 brought it home in seventh at the flag, battling the likes of Rins and the Ducatis.

Pol Espargaro has impressed more than a few times this season, and home turf at Aragon will see him pushing to do the same. And there’s News on the other side of the KTM garage: after announcing in the summer that Johann Zarco would be parting ways with the Austrian factory for 2020, the switch has come early and it’s test rider Mika Kallio who takes over for the remaining races of this season. How will Kallio fare in a full-time seat? And can KTM profit even more from the Finn’s feedback as they continue their huge development push?

At Aprilia, meanwhile, it’s also home turf for Aleix Espargaro (Aprilia Racing Team Gresini) and he’s been on the podium at the track before – his only rostrum in the premier class.

“Aragón is a track where I have always done rather well. I like the layout and I expect to do better than in Misano. We know what our limits are. Right now, the best strategy is to always give 100%, trying to get the most out of the technical package we have available to us.”

Team-mate Andrea Iannone was forced to sit Misano out after hurting his shoulder and could find it tough going at Aragon.

“Since Misano I have been working to recover from the shoulder injury. Unfortunately we don’t have much time. The situation is not perfect but only after the medical checkup will I know if it will be possible to race. My aim is to be there, even if I have to grit my teeth.”

“It’s good to be back on the track for my last wildcard of the season. We have done a lot of work behind the scenes on various tracks. We were in Aragón just a few days ago for a test. This weekend, my goal will be to help the official team ahead of the overseas rounds. It will be interesting to see where we are with respect to our competitors since everything evolves very quickly in MotoGP. This will help me understand where to focus our work for the rest of the season and in preparation for 2020.”

Could Aragon be the place where Lorenzo finds his mojo…?

A promising start to the San Marino GP has Jorge Lorenzo confident of more improvements to come in Spain. Suffering from less physical discomfort after the race, Lorenzo and his Repsol Honda Team are eager to return to track to continue closing the distance to the front. With two premier class wins and seven podiums to his name at the Aragon circuit, Lorenzo has enjoyed significant past success. Will this be the turning point….?

“Aragon is a circuit I like and have had good results at in the past and in Misano we started the weekend well so I am hopeful we can be strong. Our objective is to keep closing the distance to the front as I improve physically and finish better than we did in Silverstone and in Misano. It will be good to race in front of the home fans before we begin the tour overseas.”

Misano is unique and Motor Land the same – in a completely different way. Can Marquez extend his lead in the final race before the flyaways? Or will the likes of Viñales, Quartararo and Rins fight back? 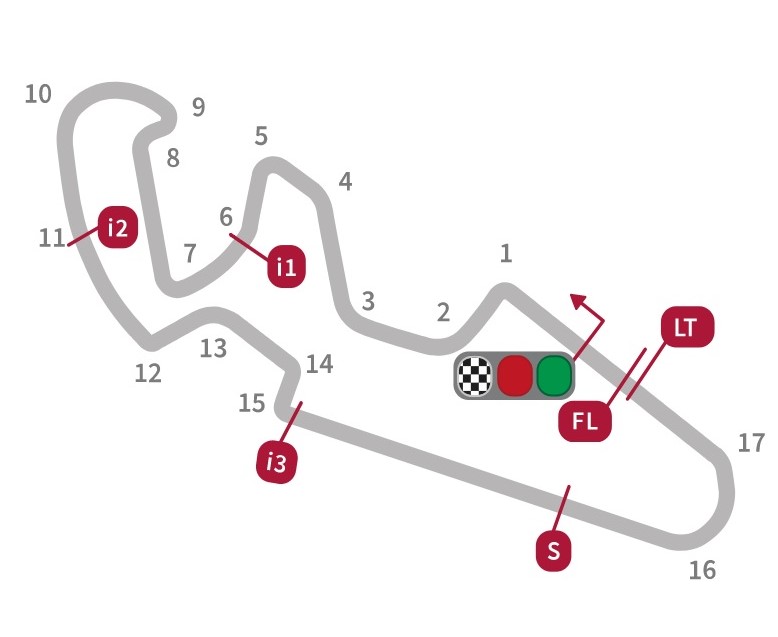 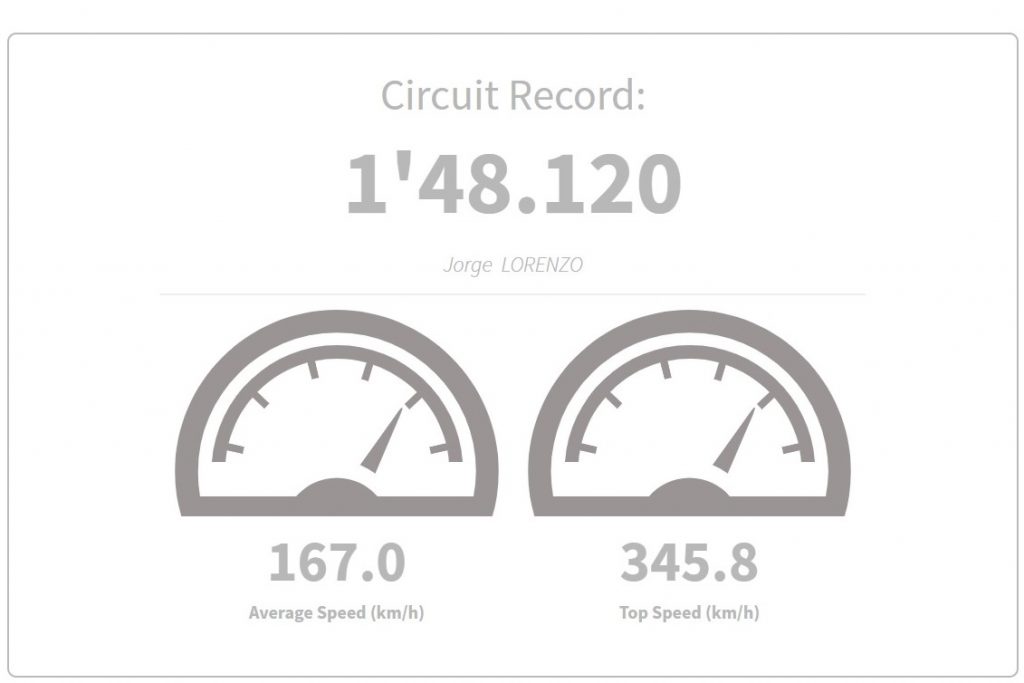