The FIM Endurance World Championship returns to action with the opening round or 2021, the 24 Heures Motos at the legendary Bugatti, Le Mans.

The Bugatti Circuit, located in Le Mans, France, was constructed in 1965 and featured on the World Endurance calendar for the first time in 1978. At 4.185km in length, Le Mans is the third-longest circuit on the 2021 calendar but by far one of the toughest.

Unpredictable weather conditions, as well as a mixture of low, medium and high speed corners, heavy braking zones, elevation changes and fast changes of direction, makes the 24-hour race one of the most demanding races on the calendar.

“We are all really happy to start this season. It’s good to get together, hear the bike and see it ride. Our riders needed some time to get back in shape but by the end of the day everyone has found their bearings. We are in the top five with a bike fitted with racing tyres, which is very positive. We have an excellent package with the Yoshimura technicians who know this GSX-R1000R perfectly well, a SERT team specialised in Endurance, good tyres and a trio of fast riders who are discovering and progressing together. So everything looks good for us.”

Honda’s endurance specialists F.C.C. TSR Honda France will feature riders Josh Hook, Mike Di Meglio and new recruit Yuki Takahashi, targeting the top step of the podium aboard the Honda CBR1000RR-R Fireblade SP, where they claimed victory last year. With two victories at the 24 Heures Motos for Di Meglio and Hook, the F.C.C. TSR Honda France squad are quietly confident of holding the trophy again at the prestigious 24-hour race but have some pace to find as they were only seventh quickest overnight.

“It has been a long wait, which is not good for us because it has been a long time since we’ve been to the track racing, but finally, we are underway, so we are really looking forward to that. From the test, it was very positive in all conditions the bike is working very well and from what I’ve heard from the team, in that little bit extra time that we had, they made some improvements with the electronics which is the part we were struggling, so it is a step in the right direction. This time of the year, the weather is going to be warmer, so definitely it is going to be more physically on the bike, so we’ll see.”

Other Honda powered teams competing in the event are National Motos and RAC 41 Chromeburner, both in the Superstock category. National Motos have moved into the Superstock class this season, with their aim to win the FIM World Cup aboard the Fireblade SP with a new ride line-up of Guillaume Antiga and Kévin Trueb who join Frenchman Stéphane Egea, who has been with the team since 2017.

YART Yamaha EWC Team are also set to start their 2021 campaign this weekend, eight months after victory in the final round of the 2019/2020 season in Estoril, Niccolò Canepa, Karel Hanika, and Marvin Fritz are raring to get their 2021 season underway as the series returns to the iconic Bugatti Circuit in north-western France this weekend. They were second quickest overnight.

“We feel ready for the first round but 24-hour races almost make their own rules! To win you need to be clever but also lucky, so we will try to be clever and we know both our bike and riders are very good. But a 24-hour race is a 24-hour race and anything can happen so we need to hope for that bit of luck too! If we are clever and the luck is on our side, we are confident we can fight for the victory.”

For Werner Daemen’s BMW Motorrad World Endurance Team it is their second year in the endurance world championship after a strong maiden season. The new #37 bike in action is the BMW M 1000 RR. The regular riders Markus Reiterberger (GER), Ilya Mikhalchik (UKR) and Xavi Forés (ESP), as well as Kenny Foray (FRA) as the fourth rider make for an experienced, strong rider line-up.

At the official Pré-Mans Test at the end of March, the team set the best time with new record laps with the BMW M 1000 RR on both days, and backed that up overnight by topping the opening Free Practice sessions held overnight and is now eager to build on that performance at the first race weekend of the season.

“I think that we are better prepared for Le Mans than last year, so I’m expecting a good result. We are very happy with the new BMW M 1000 RR and the pre-test at Le Mans was superb for us. All our riders are in top form. We are ideally positioned with Ilya, Markus and Xavi as our regular trio, and I can honestly say that with Kenny we have the fastest reserve rider in the world. He proved that once again last weekend, when he finished second in the French championship. Now the team is working on fine-tuning every detail. I’m looking forward to the race, and if everything goes according to plan, we should be up there at the front.”

The Wójcik Racing Team are also in high spirits ahead of the upcoming season. Two podiums in 2020 rewarded them with a fourth-place finish in the overall standings. Adam Stepien’s team will field the experienced Gino Rea, 36-year-old Sheridan Morais and the 2019 World Supersport Champion, Randy Krummenacher, giving the team an ultra-strong and crucially an experienced rider line-up for 2021 on the Yamaha YZF-R1.

A new independent team joined in the fray at the front end amid the factory teams overnight. Tati Team Beringer Racing posted the 3rd-fastest time in FP1 with a 1:36.514 lap on their ZX-10R. The team are heading into their third season in the EWC with big ambitions.

“We’ve just worked on the new Kawasaki electronics with dedicated engineers. Now we know we have a very good machine.”

Among privateer teams capable of giving the factory outfits a run for their money are VRD Igol Experiences, Moto Ain who are debuting in EWC after two back-to-back FIM Superstock World Cup wins, Maco Racing and 3ART Best of Bike, all four Yamaha-mounted.

Despite the 24 Hours Motos being held behind closed doors due to the global pandemic situation, the 44th edition will see 50 teams battling on track.

The 24 Heures Motos officially gets underway on Thursday 10th June with free practice, qualifying and night practice. The final positions on the starting grid will be determined after the last qualifying sessions, which takes place on Friday 11th June.

The FIM EWC 2021 consists of four events in France, Portugal and Japan. After the opener at Le Mans, the season continues on 17th July with the 12 Hours of Estoril in Portugal. The 24-hour classic ‘Bol d’Or’ will be held at Le Castellet (FRA) on 18th/19th September, before the season draws to a close with the 8-hour race at Suzuka, Japan on 7th November. 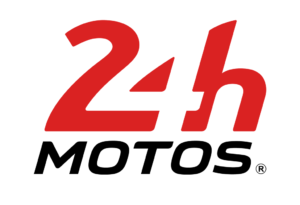 Suzuka cancelled as 8 Hours of Most replaces Oschersleben

Massive blow-by-blow recap from the 12 Hours of Estoril

One point separates Razgatlioglu and Rea as WorldSBK hits Jerez