Danish racer Anders Thomsen celebrated an unforgettable night for Gorzow in style as he stormed to his first-ever FIM Speedway Grand Prix win on Saturday.

Thomsen topped the podium in the 3W FIM Speedway GP of Poland – Gorzow at Edward Jancarz Stadium, heading a Stal Gorzow one-two-three with PGE Ekstraliga team mates Martin Vaculik and Bartosz Zmarzlik in front of a lively, 14,000-strong crowd in one of the world’s top track-racing stadiums.

Thomsen was elated with a victory that saw him defeat two riders with two Gorzow wins apiece to their name, as well as Polish star Patryk Dudek, who took fourth place.

“I know that around here they are pretty fast! It’s not so often you see someone beat Bartek on his home track. I have some equipment that is working pretty well at the moment. It’s an amazing feeling to win the Grand Prix at my home club in Gorzow. I am overwhelmed. It was amazing to be on the podium with Bartek and Martin. I know them pretty well. We race together here and we are really good friends. To be in the final together is amazing. I know Bartek flies around here and winning against him is also good for me. I am really happy.” 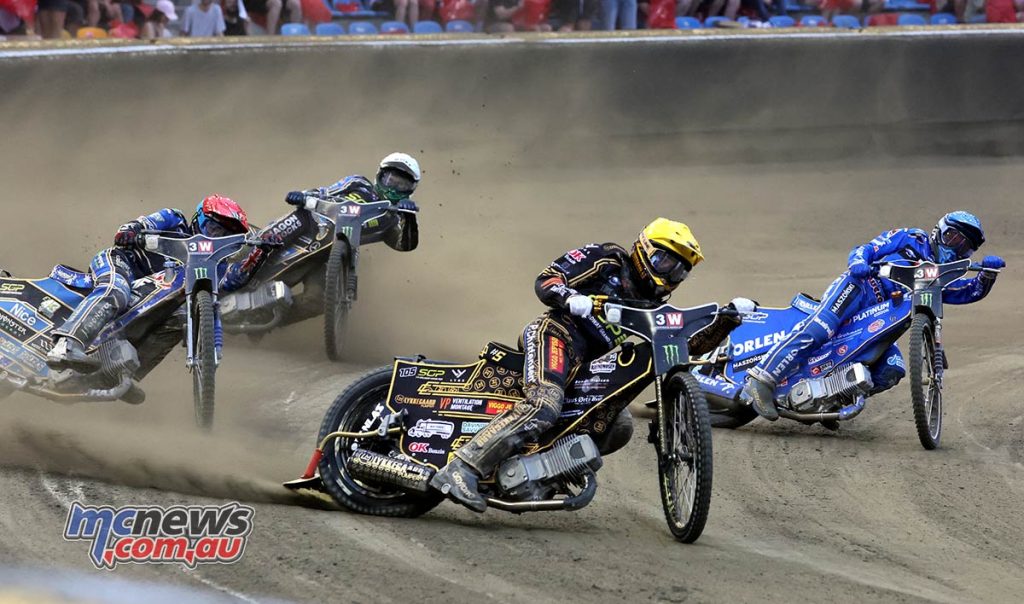 Thomsen is now seventh in the Speedway GP standings on 49 points – just four short of Vaculik, who is third on 53.

The Vojens rider is now hopeful he can find a consistent run of form after reaching one semi-final in the previous three rounds following his fourth place at the opening event in Croatia.

Thomsen marked the biggest victory of his career so far with a celebration that will live long in Gorzow legend as he pulled off his kevlars to take a victory lap in his underwear.

Thomsen admits it isn’t the first time he has celebrated in that style. “Actually the first time I won a Danish Final, I did the same! It was a team final in Munkebo. Me and my friends said we should take off the clothes and do one lap for live TV. So we did that and we appeared on the biggest sports programme in Denmark! I won the big prize for the best celebration on TV!”

Second-placed Vaculik was elated to join two team mates and close friends on the Gorzow rostrum as he celebrated his second podium in three rounds.

Jason Doyle was the top scoring Aussie with nine points giving him eighth for the round while countrymen Jack Holder and Max Fricke scored six and one point respectively.

But first, the focus switches to the FIM Speedway of Nations as 15 countries battle it out to become world team champions over four nights of epic racing in Danish seaside city Esbjerg from July 27-30.