by Trev
in Ducati News, E-Bike News, MotoGP
A A
Share on FacebookShare on TwitterShare

Ducati to supply electric bikes for MotoE grid from 2023

Ducati’s Claudio Domenicali and Dorna’s Carmelo Ezpeleta have made a joint announcement that Ducati would be the new supplier of MotoE bikes for the category from 2023 until at least 2026.

Ducati stated their aim to produce a lighter MotoE machine and want to use the project to develop expertise within Ducati as they look towards the future and ongoing development of electric motorcycles.

Domenicali spoke about the added challenge that a motorcycle poses compared to a car when it comes to the packaging and weight management. He stated that as of now, there is no way to make a light and sporting motorcycle with battery technology, but that there will be in the future and that he intends Ducati to be at the forefront when that transition happens.

The Ducati CEO also stated that they can lean on the excellence within their parent group from the likes of Porsche and Lamborghini to help them produce a true sporting motorcycle that is powered by EV technology.

“The main problem with Lithium is the energy density, it is 15-20 times less than fuel, thus the amount of fuel (lithium) you need to load is super heavy, so this is the big challenge. So we will work hard on the efficiency of the inverter and other components, and also further investigate battery technologies to try and help us meet that criteria.

“To have super quick charging times, you need high voltages, which is another challenge, but we are just at the beginning of this journey.

“Our plan is also eventually to make a production bike along these lines, but that is a long way away for the technology to become viable enough to make that a realistic option for the road. This won’t be before 2025, but we will have to wait and see the rate of progress to see when we can make that happen.”

After the press conference Ducati also issued these official quotes from Domenicali.

“We are proud of this agreement because, like all the first times, it represents a historic moment for our company. Ducati is always projected towards the future and every time it enters a new world, it does so to create the best performing product possible. This agreement comes at the right time for Ducati, which has been studying the situation of electric powertrains for years, because it will allow us to experiment in a well-known and controlled field like that of racing competition. We will work to make available to all participants of the FIM Enel MotoE World Cup electric bikes that are high-performance and characterized by lightness. It is precisely on weight, a fundamental element of sports bikes, that the greatest challenge will be played out. Lightness has always been in Ducati’s DNA and thanks to the technology and chemistry of the batteries that are evolving rapidly we are convinced that we can obtain an excellent result. We test our innovations and our futuristic technological solutions on circuits all over the world and then make exciting and desirable products available to Ducatisti. I am convinced that once again we will build on the experiences we have had in the world of racing competition to transfer them and apply them also on production bikes.”

Both the Ducati and Dorna CEOs also expanded further during the press conference regarding the progress towards carbon neutrality in racing, where some of the first steps will be the adoption of biofuels and/or synthetic fuels in the near future.

“We are very proud to announce Ducati as the new, single manufacturer for the FIM Enel MotoE World Cup. With their incredible racing history, it is an honour to welcome this commitment from one of the best-known manufacturers in the paddock and to take on this new challenge together. We are eager to see what the future has in store and continue to watch this technology develop and grow, with the MotoGP paddock and MotoE continuing to drive innovation and evolution in the motorcycling industry – at the same time as creating an incredible on-track spectacle.

“In addition, we would like to thank Energica for the important role they have played in the inception and growth of the FIM Enel MotoE World Cup. They have made an invaluable contribution to making the series what it is now as we look forward to another season racing together in 2022, ahead of this new era.” 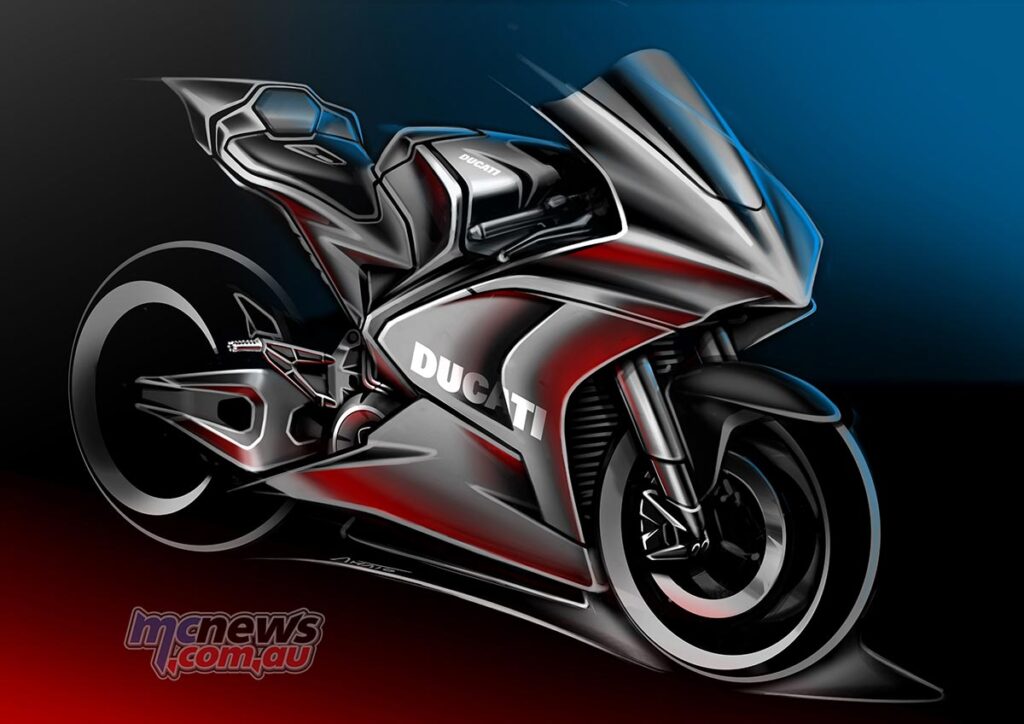