Alex Cudlin off to winning start at Doha

Australia’s three-time and defending Qatar Superbike Champion, Alex Cudlin has extended his lead in the 2013/14 series after yet another dominating performance at the Losail circuit in Doha, Qatar over 14-15 February.

The Taree resident entered the meeting with a 22-point series advantage over Nasser Al Malki and boarded the plane back to Australia having increased his title lead to 36 points after taking pole position and two race wins. He also reeled off the fastest lap in both races, the final mark standing at 2m02.968s.

The result continues the perfect preparation for the FIM Endurance World Cup for Cudlin, the opening round of which being the world famous Bol d’Or 24 Hour on 26 April at Magny Cours in France. However, before then is round four of the Qatar Superbike Championship back in Doha on 20-21 March.

Alex Cudlin: What can I say? It’s been another great weekend in Doha for team QMMF and me. The crew and I are really gelling and getting the bugs ironed out in the new Kawasaki ZX-10R in preparation for the Endurance season and I couldn’t be happier at this stage. The competition is getting tougher all the time in Qatar; the gap from me to the guys behind keeps getting whittled away so I have to stay on my game to keep the number one plate on the Kawasaki. All in all it’s been a great trip to Qatar – we’re at the half way stage of the season so I can’t let off the gas yet, but we’re looking good right now. 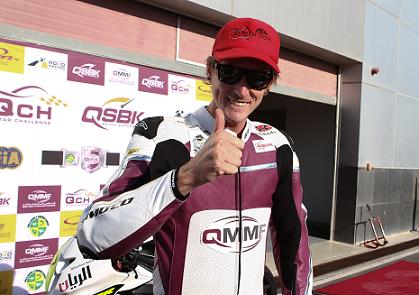 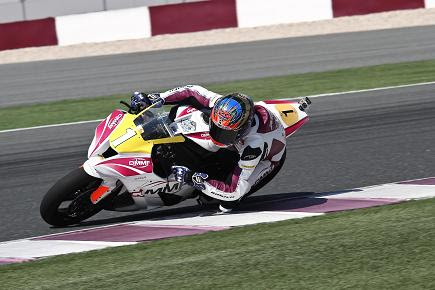 MotoGP 2022 kicks off this weekend at Qatar | Preview | Schedule