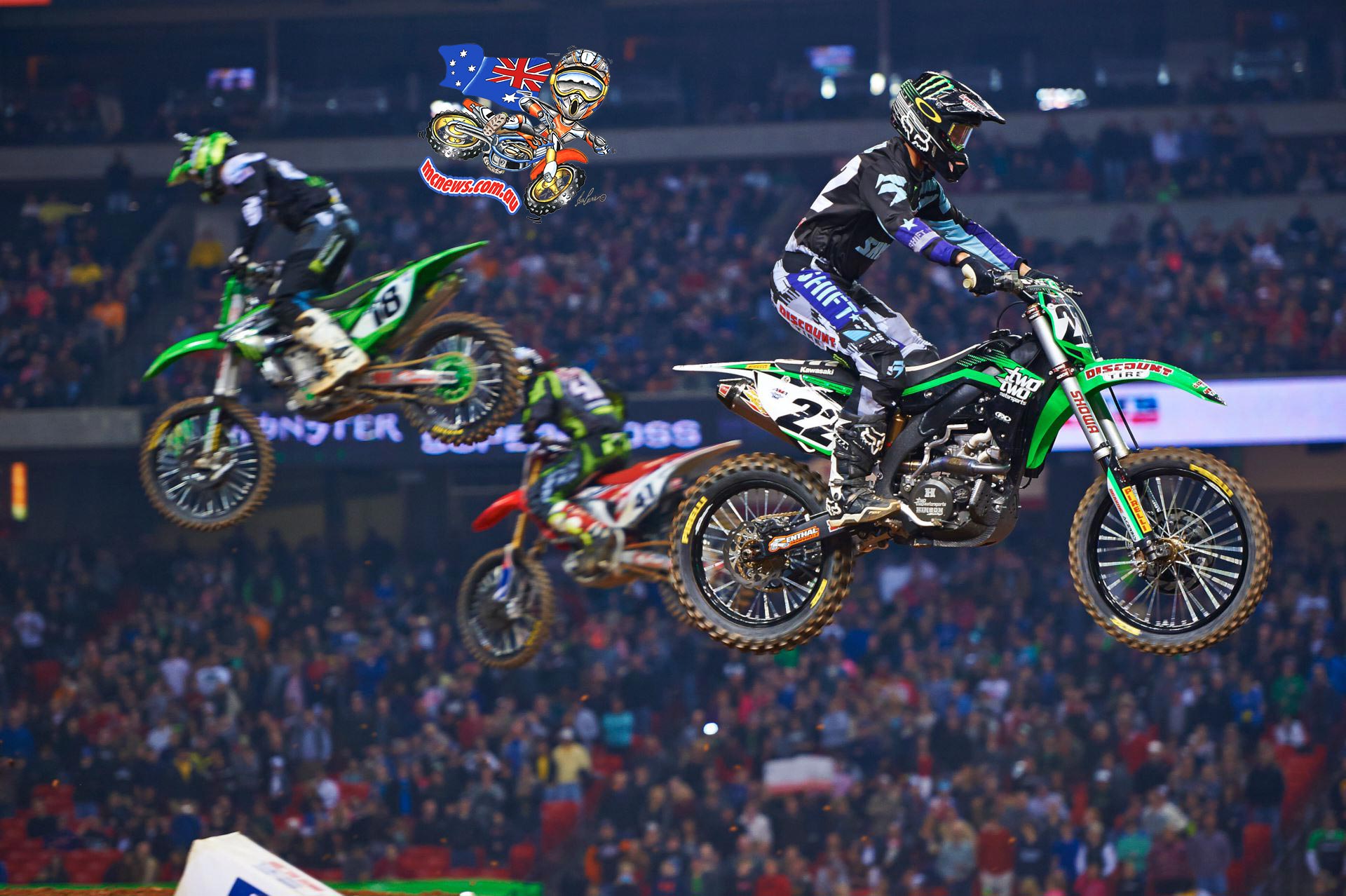 Reed earned the first SupercrossLive Holeshot Award of his 2015 season to begin the 450SX Class Main Event, and ultimately controlled all 20 laps of the race.  Yamaha teammates Phil Nicoletti and Weston Peick held down the second and third positions, respectively, on the opening lap. Dungey moved into third place on Lap 1.

Peick, who is competing in his second race since returning from an injury, moved into second place on Lap 1 but was passed by Dungey on Lap 5 and subsequently Team Honda HRC’s Trey Canard. RCH/Soaring Eagle/Jimmy John’s/Factory Suzuki’s Ken Roczen, who came into tonight’s race in second place in season standings, crashed on Lap 4, remounting near last place.

“Being on the podium is important,” said Dungey. “Consistency is key, and I say it all of the time. We will keep plugging away and look for the win next week here.”

It has been 11 years since Reed won his last Main Event at the Georgia Dome, and he has gone a record 11 seasons with a win.

“It has been a long year for me,” said Reed. “I always say you have to give yourself a good start to give yourself a shot at the win, and that is what I did tonight. I am excited to come back here next weekend and race for a win.”

Dungey extended his points lead to 25, and Canard moved into second place in season standings past Roczen, who finished 18th tonight.

With the win tonight, Reed has control of the Duel in the Dome, the inaugural race that awards the rider with the most points at the two Atlanta events with a commemorative trophy.

Martin assumed the fourth position on Lap 2, and set his sights on the lead. Near the halfway point of the race, a three-way battle ensued between Bogle, Musquin and Martin, who ran second, third and fourth, respectively. On Lap 8, Musquin was unable to jump the triple, which allowed Martin to pass him for third place.

“I went down in my Heat Race tonight, so I am glad to have bounced back and landed on the podium tonight,” said Musquin. “I am glad to be able to come back here next weekend with the points lead.”

Musquin has a four point lead over Martin in season standings.

“What a great night for me and my team,” said Martin. “That was an amazing, crazy race, and I am looking forward to coming back here next weekend.”

Racing continues next weekend at the Georgia Dome where the Duel in the Dome trophy will be presented to the rider that scores the most points at the two Atlanta races.