Cutting through the crap when it comes to motorcycle crash statistics

We receive numerous emails each day asking for sponsored articles to be posted here on MCNews.com.au, along with various other angles PR and SEO companies work in their quest to obtain valuable links through to their sites. We generally ignore them all. Law firms offer the most money for such things which is why you might notice some sites offering plenty of articles with a legal angle.

Some of the most unique approaches also come from law firms and one recently landed in our inbox with the headline ‘Motorcyclist fatalities up 42% year on year, highest rate in 10+ years | LHD Report’. Obviously that is quite a startling headline that would generally garner plenty of clicks, as it was designed to do, but we thought we might see how they have come up with their figures.

Their message was as follows and included the accompanying graphics

Using data from the Australian Road Deaths Database (ARDD), LHD Lawyers have analysed road transport crash fatality data as reported by the police to compare the first half of 2021 with trends over a ten year period (2011-2021).

The data has revealed some truths, in which we think the MCNews readers will find interesting, including: 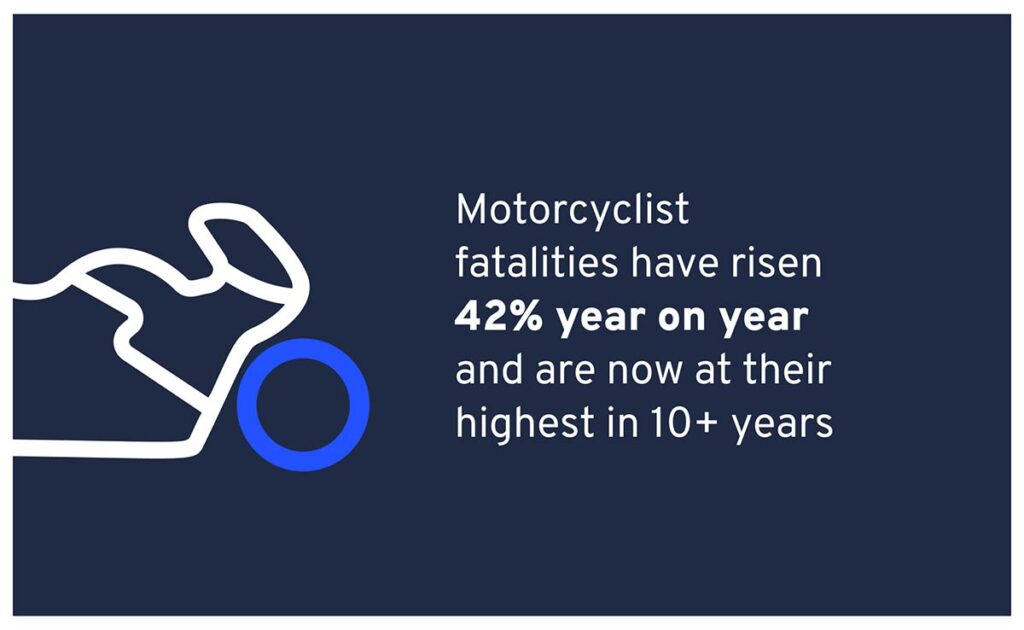 They then subsequently followed this up with this.

A recent study analysing government data on road-related fatalities has shown how different road users, including motorcyclists, can stay safe on the roads by understanding common traits of traffic fatalities and being aware of the risks.

While overall fatal road accidents have been falling over a 10 year period, a surge in motorcycle road use has led to a 42% increase in deaths when comparing H1 2021 against H1 2020. 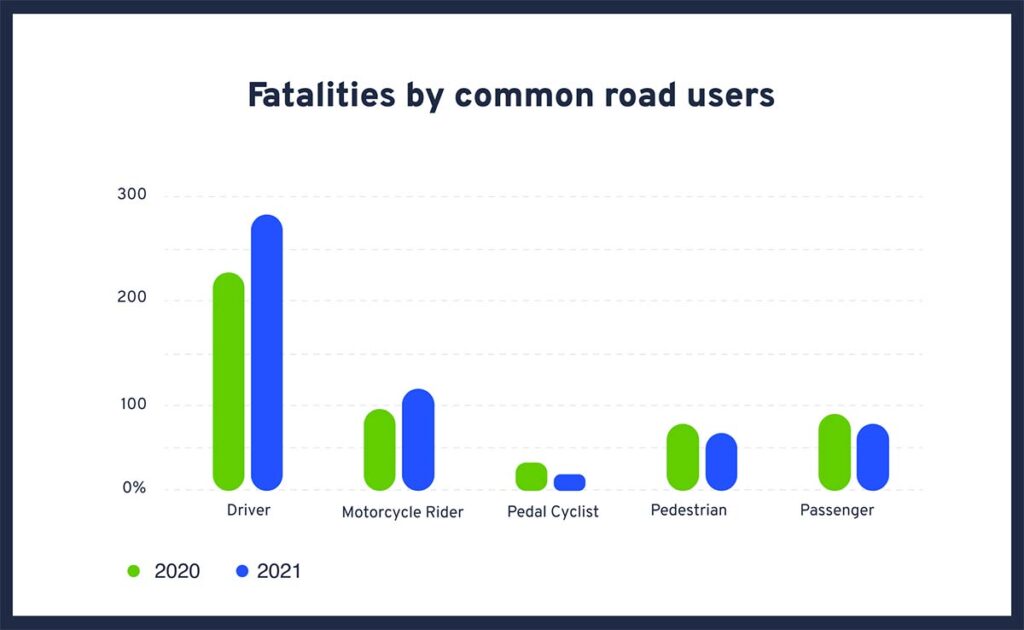 Sunday is the most dangerous day to be on a motorcycle

There is a much clearer pattern of weekend accidents for motorcyclists compared to other road users, with the most dangerous days being Wednesday and Thursday for pedal cyclists.

24% of all motorcycle fatalities occur between 2pm and 5pm

Afternoons are without question the most deadly times to be on the road for all users and motorcyclists in particular.

27% of all fatalities occur on roads with 100km speed limit

Unsurprisingly, the largest share of deaths occur in major Australian cities, but 54% of are occuring in regional areas of some kind. Pedal cyclist deaths are far more skewed to city locations.

“The biggest trend we see is consistency,” says John Abouchrouche, Managing Director at LHD Lawyers. “Despite best efforts, an alarming number of Australians continue to lose their lives on our roads each year and even more are seriously injured. With 16% of our clients coming to us after a motoring injury, we see all too often the devastating consequences of poor decision making on the road”.

In reality the trend is a positive one for motorcycling

Rather than take these figures at face value we thought it would be wise to do some digging of our own, and enlisted the help of Australian Motorcycle Council Chairman, Shaun Lennard, to try to sort the wheat from the chaff and interpret the data available in regards to motorcycle crashes in Australia.

AMC focussed on the headline claim that ‘‘Motorcyclist fatalities up 42% year on year, highest rate in 10+ years’.

They found that, notwithstanding the significant growth in registrations since 2004, the number of deaths has remained much the same.

The Bureau of Infrastructure and Transport Research Economics (BITRE) publishes detailed information on Australia’s road toll – every month and then a detailed annual analysis. The focus is mostly on trends – usually looking at five years or more.

Motorcycle fatalities have not risen 42% year on year. We have looked closely at the LHD report and the BITRE data to understand where their figure has come from.

However, looking at a narrow set of figures can give a skewed view, and that’s why governments and others generally look at five year trends when making any road safety assessment.

Over the past ten years, the number of deaths has reduced on average by 0.6%, so the claim of a 42% increase – no matter which way you analyse numbers – is clearly an error.

When you overlay the registration data, which BITRE also does, the picture for motorcycle safety is actually one of significant improvement over any five or ten year period.

There’s still more that can and needs to be done, but as the total number of powered two wheelers on the roads in Australian gets close to 900,000 the overall picture for motorcycle safety is definitely encouraging.

So there you have it, we are not doing so bad after all…