Go & Fun Honda Gresini’s Alvaro Bautista led day two of the MotoGP™ Qatar test, his best time of 1’55.194 putting him 0.314s ahead of his closest rival.

The Spanish rider, who was also on the pace last week in Sepang testing, worked with his team to overcome the front end problems he experienced at the desert circuit in 2013. He completed 55 laps on his Honda RC213V on Saturday and will aim to stay ahead of the pack on Sunday.

Although the Ducati Team, Movistar Yamaha MotoGP and Repsol Honda riders are not present at this test, topping the timesheet is nonetheless a good sign for the Gresini representative.

Just behind Bautista on the timesheet Stefan Bradl was second quickest. The German LCR Honda rider is not testing new parts in Qatar, but is focusing on perfecting his set-up for round one of the World Championship and looking for some added grip to drop a further few tenths.

Friday’s fastest rider Aleix Espargaro was again the quickest Yamaha representative, though this time in third place. He was unable to match his best time from day one, though of course the important point for the NGM Mobile Forward Racing youngster is to confirm his race pace, so Sunday is likely to bring a race simulation for him – as for many of those present in Qatar.

Completing the top five were Monster Yamaha Tech 3’s Bradley Smith and Pol Espargaro, respectively 0.433s and 0.682s off P1 with similar lap times to their Friday best efforts. Briton Smith wants to stay ahead of his new teammate whilst for the younger Espargaro brother the aim this weekend is to get comfortable with a MotoGP bike at this circuit.

Hernandez had an eventful day, pulling up with a technical issue at one point and later crashing after losing the front end, though his spill was without serious consequence and he finished the day 1.3s off Bautista.

The top ten was completed by Drive M7 Aspar’s former World Champion Nicky Hayden (+1.729s) and rookie Scott Redding (+1.960s). For GO&FUN Honda Gresini newcomer Redding his stated aim is to match Hayden’s pace on the ‘Open’ Honda and he is getting closer to achieving that goal as testing progresses.

Before the track time commenced on Saturday evening the riders present showed their support for International Women’s Day, posing for a group photo on the start-finish straight to support greater awareness of women’s equality.

Testing at Losail concludes on Sunday, as the 2014 MotoGP™ preseason reaches its conclusion. 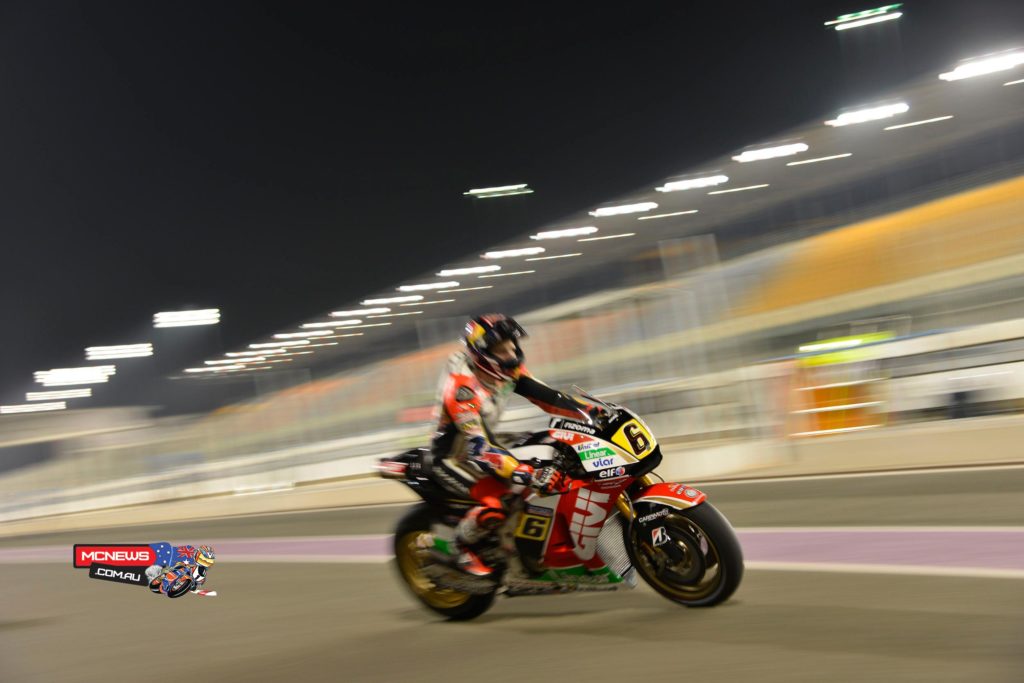 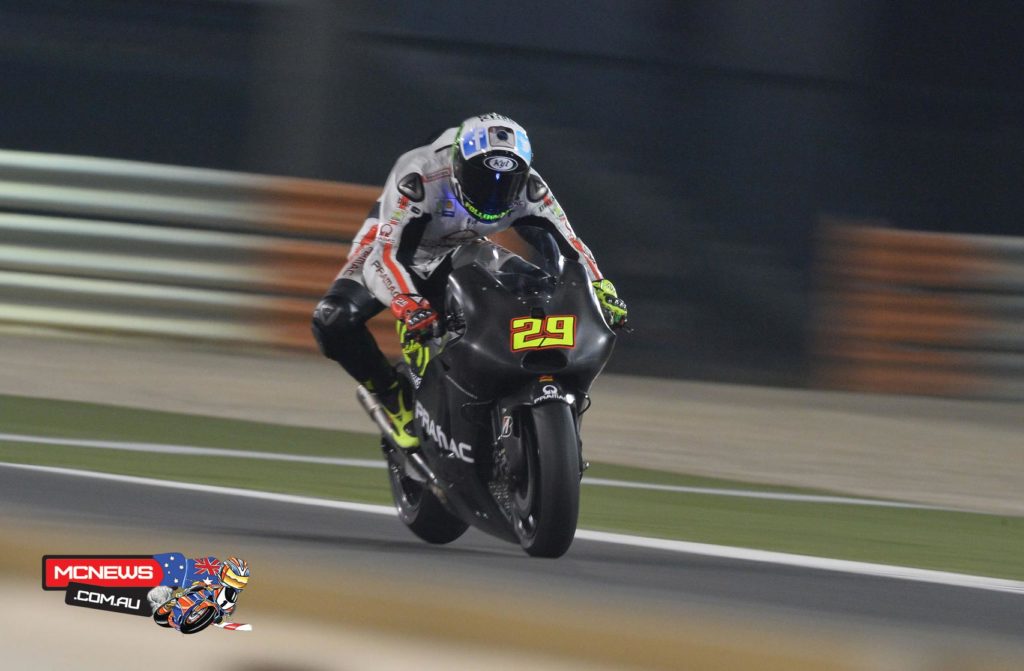