Billy McConnell left South Australia a decade ago, at age 17, to pursue a career in Europe. We recently chatted to the Triumph rider about his career thus far, and his plans for 2014, which include a Wildcard appearance at the Phillip Island round of the Superbike World Championship.

Billy: “Last time I was here was in 2004, racing against Brendan Roberts and Gareth Jones in Superstock 600. When we left, we were leading the Australian Superstock Championship and we went for a one-off ride in the UK on a Superstock 1000. We won that meeting and, as they say, the rest was history, really.

“I then filled in for Johnny Rae on the Red Bull Rookie Supersports Bike. The following year I did the Virgin Mobile R6 Cup. The prize for winning that was a full factory Superbike ride for Yamaha. So I won that and we did the Superbike year, then we went Supersports the following year for Virgin again, Rob McElnea’s team, and finished 4th in Supersport. Then in 2008 we did Superbike for MSS Kawasaki, it wasn’t such a good year. The recession really hit hard in the UK and we lost a lot of sponsors, and the bike was pretty average, to be fair.

“So then in 2009 I went back to Supersport for Yamaha, I finished 2nd behind Steve Plater and then I’ve been in Supersport ever since then really. We finished in the Top 5 for the last five years I think it is, and finished 3rd for the last three years in a row with Smith’s Triumph team.

“The team is really strong with a factory Daytona, we are the official factory Triumph team since 2013, and we’re officially going to do World Superbike Meeting here as a wild card, with my factory bike, the whole team as well. My new teammate Graeme Gowland, he’s coming over as well, so the whole team will be here. So we’re pretty pumped for that.

“So I’ve got my bike here, it’s been 10 years since I’ve ridden around Phillip Island so I’m doing a track day Monday, Tuesday (we spoke to Billy the weekend prior to his track day), just to get a feel for the track.

“It’s been that long since I’ve ridden here, I even had the track day company ringing me up, asking me if I thought I was capable of putting myself in the fast group, which was pretty funny. So they said if I’m not fast enough, the marshal is going to lower me down and put me in the slower group, so you can tell it’s been a while since I’ve been here…

MCNews.com.au: And how much time have you spent in Australia since you left?

Billy: “Every year, I normally get about three to four months, as soon as I finish the season, and sort my deals out, I come back and just help my dad out with a few jobs and sods and stuff like that and then just get fit and stuff from January onwards. We started training a little bit earlier now, because normally my season doesn’t start until April, but obviously with the World Round, it’s in February, so yeah, I’ve just been keeping busy and really looking forward to this World Round.”

MCNews.com.au: And are you earning a living from racing?

Billy: “Yeah, I’ve been professional over there since I won the R6 Cup, so yeah for the last eight years I’ve been professional, so I’ve been pretty fortunate with some good teams and some good backers and every team I have been with has been a factory team. So it’s been pretty special and probably why I stay 600 is because I’m in a factory team, when I did step out they weren’t factory, and then stuff just goes wrong, you don’t get the support you need.

“You know, the British Championships are one of the biggest domestic championships in the world, there are some big sponsors and some big followers, so it’s pretty competitive and it’s pretty cutthroat as well, if you’re not in the top 5, you won’t get a job, well not getting paid anyway.”

MCNews.com.au: And where are you based?

Billy: “Last year I was based in Gloucester with the team, we’re doing a bit of help on the spanners and stuff, helping, because I only had one full-time mechanic there, so I was help prepping the bikes and stuff like that. I did all my apprenticeship as a bike and jet-ski mechanic, so I do like to be involved with stuff like that. So I was in Gloucester, but normally in Hinckley, the “Hinckley Mafia” they call it, the Australian Embassy, Glen Richards, Paul Young was there, David Johnson, myself, Craig Coxhell when he was there, so it was this pretty little country town, just full of a bunch of Australian larrikins really.”

MCNews.com.au: And what’s training involved and who do you train with?

MCnews.com.au: And you really enjoy life in the UK obviously.

Billy: “Yeah, I do enjoy it. I would say if the weather was better over there I would struggle to come back because of the racing scene in the UK, it’s so good and it’s so convenient, you can be at every race in three hours. And coming here (Phillip Island) from Adelaide just to do a track day is 11.5 hours, most of the time goes in driving rather than actual riding.

“I do have a good few friends in England, but home is always Australia for me, the country is beautiful here. I do miss England, but only for the racing side, Australia is always going to be where I’m from and what I love.”

MCNews.com.au: And what’s your favourite circuit in the UK?

Billy: “I’d have to say probably Cadwell Park and Oulton Park, just because they are insane tracks, the undulations, ups, downs.

“At Cadwell, with this little jump, even though I hate to jump, because I can never do it properly, can’t fly over it like Josh, but it’s so raw and so old, it’s not computer generated.

“And Silverstone, before they did the new circuit, it was one of my favourites as well, the old one. But the new one is just too wide, you can have a picnic on the back straight, I like more the tight, twisty ones, the ones with a bit of character to them.”

MCNews.com.au: What’s your favourite place in the UK to visit?

Billy: “To visit, I’d probably say some of the Lake District stuff is pretty cool, out there mountain biking and stuff, with the beautiful countryside.

“London is always cool, but it’s just expensive. If you go there for a night out, you can be in all these little pubs down on the side of the road, eating in little restaurants when you go into Chinatown and stuff, like you said, the history, just walking around, looking at some of the buildings and stuff, it’s pretty surreal. And then you hear the stories of what it was back in the day and stuff like that, it’s pretty cool.

“But I also do prefer a lot of modern stuff, like when you come to Australia and everyone’s got their houses separate, not stuck together and you can’t hear the neighbour walking up the stairs and stuff like that here, so yeah, I’d say London is probably one of my favourites.”

MCNews.com.au: And who’s been your biggest help in the UK, helping you get established, who’s been the greatest factor in your career perhaps?

Billy: “There’s a guy who helped, he used to manage Paul Young and Glenn Richard, he’s called Mickey G and he’s been a real big help to me, just by talking with teams and just sorting bits and pieces out. But Glenn Richards, Paul Young and Troy Corser also, all have been a massive help to me and helping my path in which way I go.”

MCNews.com.au: “And who’s your worst foe in the BSB, who’s the biggest villain you’ve come across racing?

Billy: “I don’t really have any villains, anyone in front of me I guess. Anyone that’s racing against me in that same level, but we have a pretty good respect level in the British Supersport, where we can be leaning on exactly everyone’s fairings and nothing really stupid gets done, you sort of know where that ground is and if you know the style of that rider, you sort of know what they’re going to do, but we don’t really have… the enemy’s always the one that’s higher than you in the championship at the end of the day and that’s the one you want to peg off, but I get along with everyone, it’s the best way. Hating takes up too much space and probably makes you make too many mistakes as well.”

MCNews.com.au: Is there ever any backlash about all the Aussies taking some of the plum BSB rides?

Billy: “Yeah, you know, that was a massive thing when I was doing the R6 Cup, that we shouldn’t be allowed and stuff like that. But Australia’s got a big presence there, then with Kiyonari the Japanese rider, the Spanish, it’s a pretty all-round field now and they’ve just got on with it as internationals have been there for so long, with people coming in and out, and that’s what makes a championship good, we also have Hopkins from America, it makes it almost like a little World Superbike inside of Britain, and then we go to Assen as well and you can definitely see it as a European championship for sure, with the following that they get and the TV time and stuff like that.

“But, you know, I think they don’t mind it too much when the Australians were getting flogged at cricket, because that’s all we ever heard about in the pits. But every time Australia wins, I’m always over here, so I can’t really give them a rev up about it. So when I go back I’ll definitely be getting on about the cricket.”

MCNews.com.au: So for this season you’re doing British Supersport and of course the World Supersport Wild Card, is there anything else on the agenda.

Billy: “I think a few of our team bikes might be going to the TT with Gary Johnson and maybe Michael Rutter.”

MCNews.com.au: But you won’t do it? 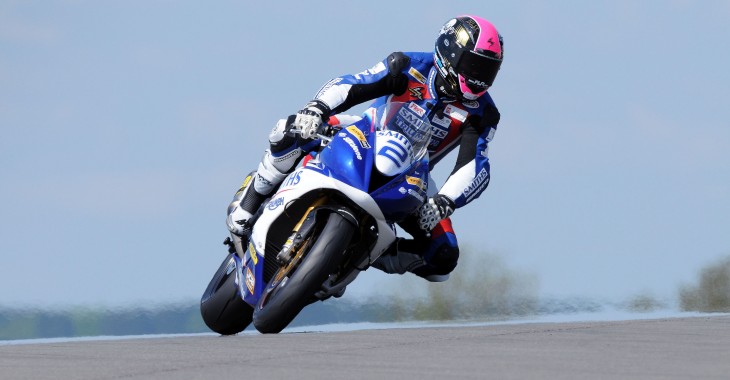 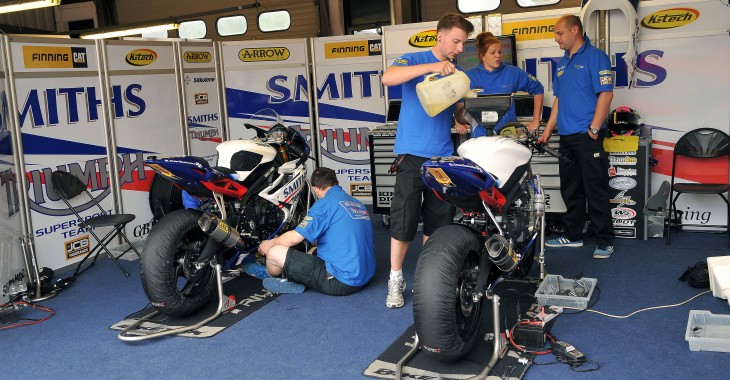 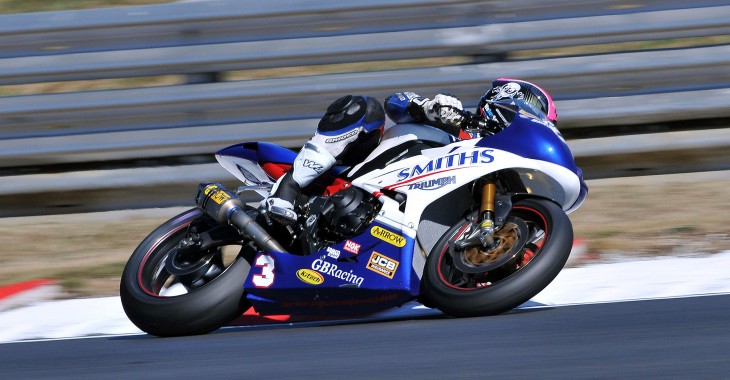 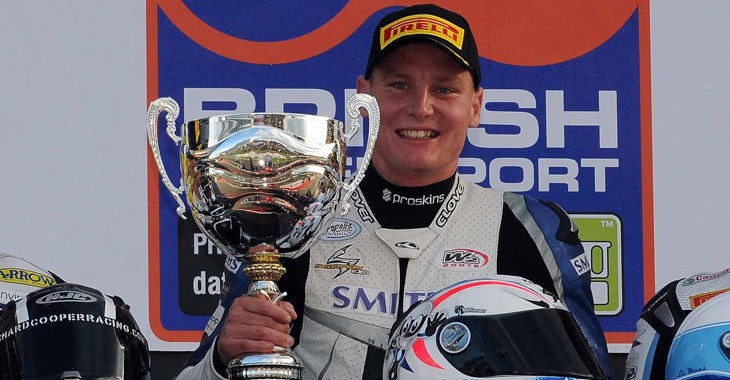 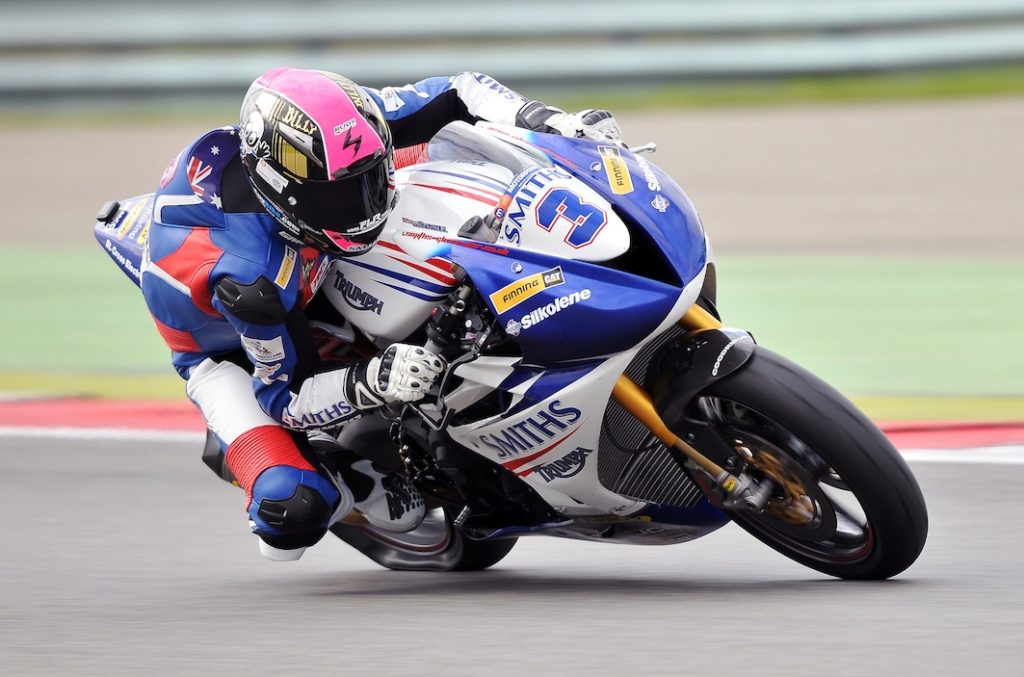 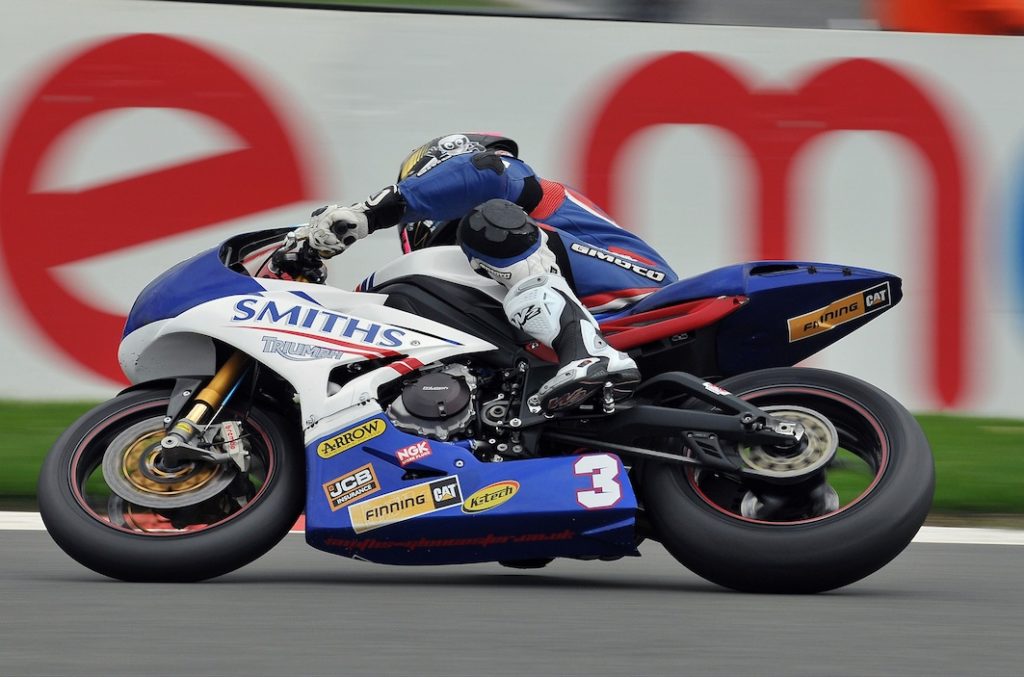