by Trev
in BMW News, BSB, Motorcycle News, Motorcycle Racing
A A
Share on FacebookShare on TwitterShare

Following on from winning the 2014 Motorpoint British Supersport Championship for a second time, the Gloucester-based Smiths Racing Team will not only be looking at defending their title, but will be making the step up to the MCE Insurance British Superbike Championship also.

The move is part of the long-term plan by the double British Supersport champions to race in the premier class and with experience gained during their four years in the sport, both team owner Alan Smith and team manager Rebecca Smith feel the time is now right to progress as a one rider team to MCE BSB whilst maintaining their title-winning credentials in British Supersport.

McConnell, 28, originally from Adelaide but now based in the UK, last contested the British Superbike Championship back in 2008 where he finished 12th in the title race and since then has contested the British Supersport Championship finishing runner-up once and third on three other occasions before this year’s title success. He also won the Virgin Mobile Cup in 2005.

Gowland, meanwhile, remains for a second season with the Smiths team after leading the 2014 Motorpoint British Supersport Championship in mid-season only to end up third in the standings. The 28-year-old rider from Allandale near Hexham in Northumberland is a former Spanish Supersport champion as well as finishing runner-up in the 2011 BSB-EVO Championship.

As well as fielding the two teams in the British Championship paddock, Smiths Racing are looking to include a programme to contest two major International Road Races including the North West 200 and Isle of Man TT Races. Last year on their TT debut, Gary Johnson won the opening Supersport TT to give Smiths their first TT victory.

Rebecca Smith (Team Manager): “As a team we are really excited about the new challenge that lies ahead of us. Following our second British Supersport title in three years, we feel that the time is right to step up to the MCE British Superbike Championship. The BMW was an obvious choice for us and we can’t wait to start the testing programme. The class is looking to be as strong as ever next year so our expectations of both Billy and the new BMW are high.  To be continuing for another year with Triumph is a great testament to everybody involved and we will continue the development of the Daytona 675R to ensure that we remain competitive in the British Supersport Championship in 2015. We are confident that the pairing of Graeme and Jake will make for more thrilling battles and are looking forward to getting to work.”

Lee Nicholls (Marketing Manager, BMW Motorrad UK): “It is great to be able to support Smiths Racing for their 2015 British Superbike and International Road Racing campaigns. Smith Racing will be supported via the BMW Motorrad Customer Racing Programme and we are really pleased the team approached BMW Motorrad for this opportunity.”

Rick Cawley (Triumph Motorcycles General Manager, UK and Ireland): “We’re delighted to be working with Smiths for the 2015 season, which will be our fifth year with the team. We have a great relationship with the guys and are looking forward to working closely with this new partnership of Graeme and Jake. Last season’s win was testament to the racing pedigree of our Daytona 675R machine, which has been supported by our engineering team based at Hinckley.”

Billy McConnell: “I’m really excited about the new challenge as it’s been a while since I was in BSB but it was important not to go back unless it was with a good team. The Smiths team I won the British Supersport Championship with is making the step up with me so the time is right and I’m really looking forward to racing the BMW. I’m a little nervous too so I will be happy to get our test programme underway.”

Graeme Gowland: “We had a great year and to come so close to winning the title this season was bitterly disappointing so the sole focus for 2015 is to win the British Supersport Championship and retain the title for Smiths and Triumph. It’s as simple as that! It’s a really great family atmosphere and both sides of the garage help each other so hopefully we can hit the ground running and have a strong season in 2015.”

Jake Dixon: “This is a fantastic opportunity for me and it’s one I intend grasping so I can’t wait to get started. I go racing to win so the championship is the goal and with a team that has won two titles in three years, I have every opportunity. The Triumph is a proven winner and I’ve gained some good experience over the past couple of seasons, as well as upping my training, so I want to be able to challenge from the very first round.”

The opening round of the MCE Insurance and Motorpoint British Supersport Championship takes place at Donington Park on 4/6th April 2015. 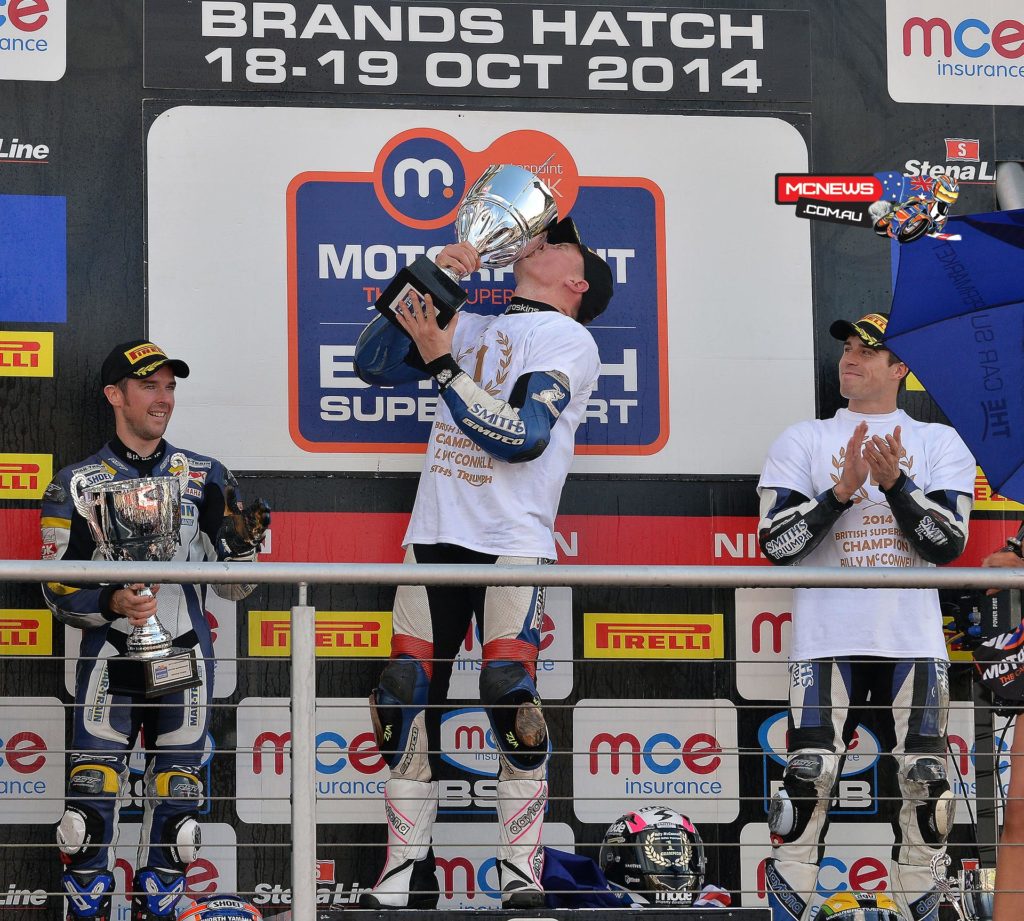