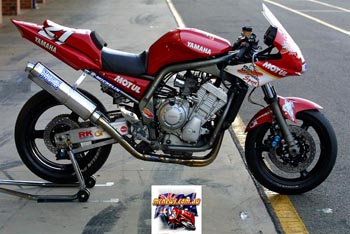 The Queensland based Bio-Magnetic Therapy team has proved mostly dominant in the FX Naked Bike class this year.

Craig Trinder has piloted their suitably modified FZ-1 Yamaha to a near perfect record of wins.  So what is their secret ?

Well Craig probably has more trophies under his belt than a lot of his opposition has had races !  And of course the bike ain’t half bad either…Fast enough for amazing 1-minute-37 laps at Eastern Creek, try that on your road bike !

For the first half of the season the Trinder’s ran with 40mm flat-slide ‘pumper’ carbs but recently switched back to the standard 36mm items in order to have the race machine appear a little closer to what a punter can buy from the showroom floor.  The airbox has disappeared and instead the carbs draw directly through short trumpets.  Spent gases get dumped via a Staintune exhaust system.

No MOTEC engine management has made it’s way on to the FZ-1 yet, but this will come in the future.  An ignition advancer is fitted however, so they do have a little scope to change the ignition curve.

On the suspension side of the equation a fully-adjustable Penske shock has found it’s way in to the rear of the machine along with a 5.5kg spring.  The forks have been gold valved and shimmed similar to the team’s R1 race machines.  0.94 springs are utilised up front.

The team recently switched to an R1 rear wheel which offers them a little more scope with tyres due to the fact the R1 item is half an inch wider than the FZ-1 rim.

To aid in their quest for a more slippery aerodynamic profile the Bio-Magnetic squad moulded their own seat cowl to cover the pillion seat on the FZ-1.

Their domination of the Naked Bike race class is now starting to come under attack, but don’t count the Trinder boys out just yet… 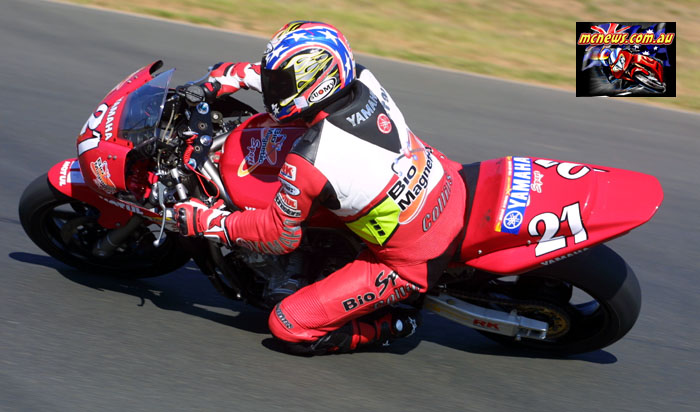