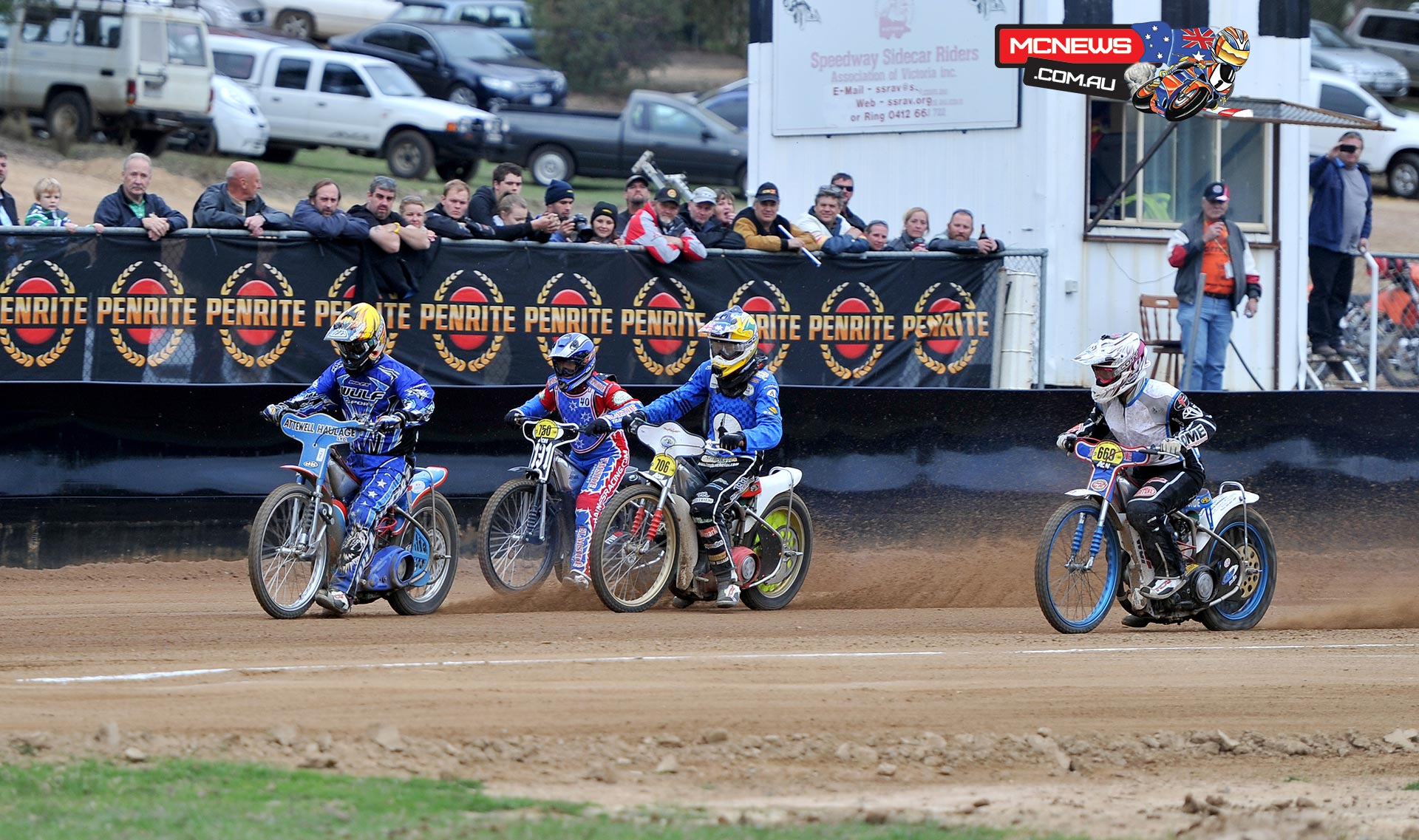 The sixth annual Penrite Oils Broadford Bike Bonanza once again saw motorcycles and riders of all shapes; styles and ages converge on the Victorian State Motorcycle Complex over the Easter weekend for what is now becoming one of the highlights of the Australian Motorcycle Calendar.

Whatever your motorcycling passion, it was sure to be in abundance at the Bonanza, with circuits catering for Road Racing, Enduro, Trials, Grass Track, Motocross and Speedway all in use over the weekend, along with a huge swap meet.

On the road race circuit the feature of this year’s event was focussed on the halcyon days of production racing and the 6 Hour Endurance Race, an event that featured some of the biggest names of not only Australian, but international motorcycling from 1970 to 1987. Many of the iconic bikes of the event were on display with most of them also taking to the track.

Along with the 6 Hour, bikes buggies and memorabilia from the Sunraysia Desert rally were also featured.

Certainly the most anticipated sessions of both Saturday and Sunday at the road racing circuit was when the iconic bikes of the 6 Hour, along with riders made famous by the event, circulated the technical Broadford layout. With the likes of 6 Hour victors Kevin Magee, Richard Scott, Len Atlee, Murray Sayle, and Joe Eastmure taking to the track along with the legendary Graeme “Croz” Crosby, Paul Feeney, Richard Scoular and event organiser Jim Scaysbrook. 2002 Australian Supersport Champion Shannon Johnson was also in attendance and rode the Honda CB1100R ridden to victory in 1980 by his father Andrew” Ajay” Johnson and Wayne Gardner.

Other big names to take to the track over the weekend, on an array of bikes, were Australian IOM TT winner Cameron Donald and international journalist Alan Cathcart. Both riders were able to sample the new 1600cc 4 Valve Irving Vincent Black Lightning Pro – Twins race bike along with many bikes over the weekend. Cathcart also interviewed several riders on the stage at the gala dinner whilst Donald, fiancée Kaz and two week old daughter Lola, were interested spectators at the Speedway Spectacular on Saturday afternoon.

With sessions for all types of road bikes up to 1990 in novice, intermediate and expert categories, race bikes in three classes of pre 63, pre 75 and up to 89, Sidecars, Customs and the 6 Hour bikes the action never stopped on the road race circuit all weekend.

Over on the MX GP Track riders of pre 1980, 1985 and 1990 bikes along with sidecars were on track while next door the Enduro, Grass Track and Trials circuits were also in action all weekend.

Speedway riders were also catered for with sessions all day for riders of all classes including American Flat Track, Sidecars and MX bikes with Trials tyres along with the many generations of Speedway bikes. The Speedway Spectacular on Saturday afternoon saw huge crowds flock from other tracks to take in the “demonstration” races for many of the aforementioned categories with the sidecars and solo speedway riders putting on a memorable display.

Apart from the iconic motorcycles and riders that attended the event in 2014, surely the standout feature of the Penrite Oils Broadford Bike Bonanza was most certainly the relaxed atmosphere, genuine excitement and passion of the crowd for motorcycles of all disciplines. Off course this passion was in part generated by the staggering quality of the some of the motorcycles that had obviously been worked on for many years in preparation for this event, and for some, it was simply the happy memories the bikes rekindled of days gone by. 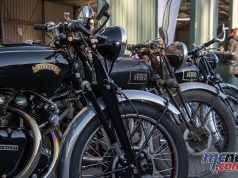 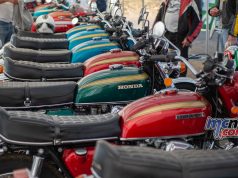