Buy your own ride – A pox plaguing racing

News in recently that West Australian rider, Bryan Staring, has lost his ride with the Riva-Moto Team in World Supersports after only just one ride (PI) has prompted this column. This is just another in a long line of disappointments for the popular rider after numerous deals have fallen through in the last few years. And, while I sympathise and hope like mad that he can pick up another ride, Bryan’s situation highlights the dire problem that is facing motorcycle road racing world-wide, but especially in Europe (where most of it takes place).

The problem is, yep, you guessed it, a critical lack of money. Post-GFC, most teams (except perhaps the very top ones) are struggling to put together legitimate and long-lasting sponsorship deals that will enable them to go racing properly. The ban on cigarette advertising bit deeply into the tissue of motorcycle racing. Having become used to the free-spending cigarette manufacturers, teams and manufacturers structured their racing efforts on the expectation that the huge amounts of money that they were receiving would continue and it was a bullet to the heart for most of them when it stopped. Yes, they were given warning and should have prepared, but most either didn’t want to know, or were holding out hope that the ban would be somehow subverted. When it wasn’t, plans were thrown into deep confusion.

You will recall that even the Yamaha MotoGP Team spent several seasons without a major naming rights sponsor after FIAT pulled out, and Ducati, probably the biggest spender in the paddock while still receiving tobacco money, is unable to give Marlboro its due return on their massive investment due to the advertising ban. The purchase of Ducati by Audi was seen as the light at the end of the tunnel for the red team but it hasn’t really proven to be. Audi is deeply committed to its supercar programme and, with the sales downturn in performance cars hurting all the major manufacturers, they haven’t been exempt. So there is no immediate salvation to be found in the auto industry, which is struggling with more problems than DORNA will ever face.

So, where do the teams turn? Well, the short-term answer has been the energy drinks. Monster, Red Bull and so forth have stumped up a lot of money to support the big teams but even they are finding their resources stretched thin. The recent revelations of the less-than savoury ingredients of some of these massively popular drinks won’t help. Nor will increasing advertising by the medical profession concerning the long-term harmful effects of these beverages. It won’t take too long before the legislators move in and place restrictions in this area, just as they have with the sale of other drugs like tobacco and alcohol.

Oh, and speaking of alcohol, the list is long and undistinguished when it comes to their involvement also. Remember the fiasco with the Team Effenbert “effort” a couple of years ago. From a 4 bike team to a 3 bike team, then a two and finally a one bike team, all within the space of a few months. Numerous sackings of well-performing riders, allegations of non-payment of bills and riders and scandals aplenty, the team finally pulled out before the end of the season and nothing has been heard of them since. Given the tough anti-alcohol stance of most national health authorities these days, this avenue looks to be pretty much closed as well.

We’re getting near the bottom of the barrel here, and, as the large-scale “likelies” dry up, teams are being forced to look for more sponsors who can maybe prop up PART of the package. If you can’t have one BIG  sponsor, maybe a few SMALLER ones, combined, will do the job just as well. You can see where this is heading, can’t you? In theory this sounds good, but, should one or maybe two of those smaller sponsors falter, then that leaves the whole team in a parlous situation. This has happened, and will continue to do so.

Well, what about a rich benefactor, somebody who has lots of disposable income and is passionate about the sport? That sounds good, doesn’t it? Except that it’s not. The old saying that the way to make a million out of road racing is to start out with TWO million is unfortunately true. Why these rich dudes don’t employ a decent accountant who can look into how much it REALLY costs to run a team, long-term, is completely beyond me. Karel Abraham is a classic case in point. Rich dad, semi-works Ducati and a fair degree of talent but it couldn’t last and nobody ever believed that it could. The story of the sport is littered with similar hard-luck stories.

Now we’ve REALLY got down to it. Where else can a team look to find some money to support its effort? You guessed it, to the RIDERS! Yes, those guys who are supposed to be being PAID to fly the flag for the team are increasingly being seen as the answer to the sponsorship dilemma. You can have a ride for our team if you can bring some money with you, and the amounts being asked are becoming increasingly larger. While nobody is prepared to talk EXACT figures, it is rumoured that the good rides are going for 6 and sometimes 7-figure sums.

Now this is not new. Even back in the 50′s and 60′s rich dilettantes were buying Grand Prix rides. Mildly talented riders who would have sunk without a trace otherwise were getting good rides because they were bringing money to a team. The difference between then and now is that, back then, it was an option, now it is increasingly being seen as a necessity. In the late 90′s when Australia’s Anthony West was struggling to make a stock Aprilia 250 competitive against the “works” bikes, the factory recognised his talent and offered him a “works” bike for the next racing season. The problem was that he would have to BUY the ride, to the tune of the then staggering amount of 1 million Euros. And even then he would still not have been a member of the official team.

Nobody is talking because nobody wants to admit, to themselves or to the world at large, just how deeply in crisis world motorcycle road racing is. But the concept of teams predicating their budget and their riding roster on how much money a rider can bring to the team is now an established and ingrained factor in the sport. And it is impacting in just about every area. Most importantly, it is affecting the QUALITY of the riders who we are seeing competing at the world level. While the Spanish have done a superlative job at raising new talent and funnelling them into good teams, and while Italy is now starting to make inroads through following the same programme, the sad fact is that grids are increasingly being filled by riders who have deep pockets to the detriment of riders who have true talent but who do not have a rich benefactor or personal sponsorship. Putting it simply, fields more than half-filled with not the BEST riders, but the wealthiest ones.

And so, talented riders like Bryan Staring who DESERVE a ride are either not being hired or being sacked, not on the basis of PERFORMANCE AND TALENT but on the basis of how deep their pockets are.

I see no immediate answer to this dilemma. As involvement in the sport becomes more and more of an expensive proposition, as belt-tightening amongst the big and medium-scale corporations continues to bite and as the supply of rich benefactors prepared to lose a bundle on an uncertain investment decreases, it is going to be that riders who want to race at the top level are going to have to PAY to do so. The days of the multi-million dollar contract with fringe benefits has come and gone and I can’t see it returning anytime soon. Get used to seeing grids filled with riders who have paid to be there while the truly talented ones who can’t pay, continue to find that the avenue to the top is blocked. 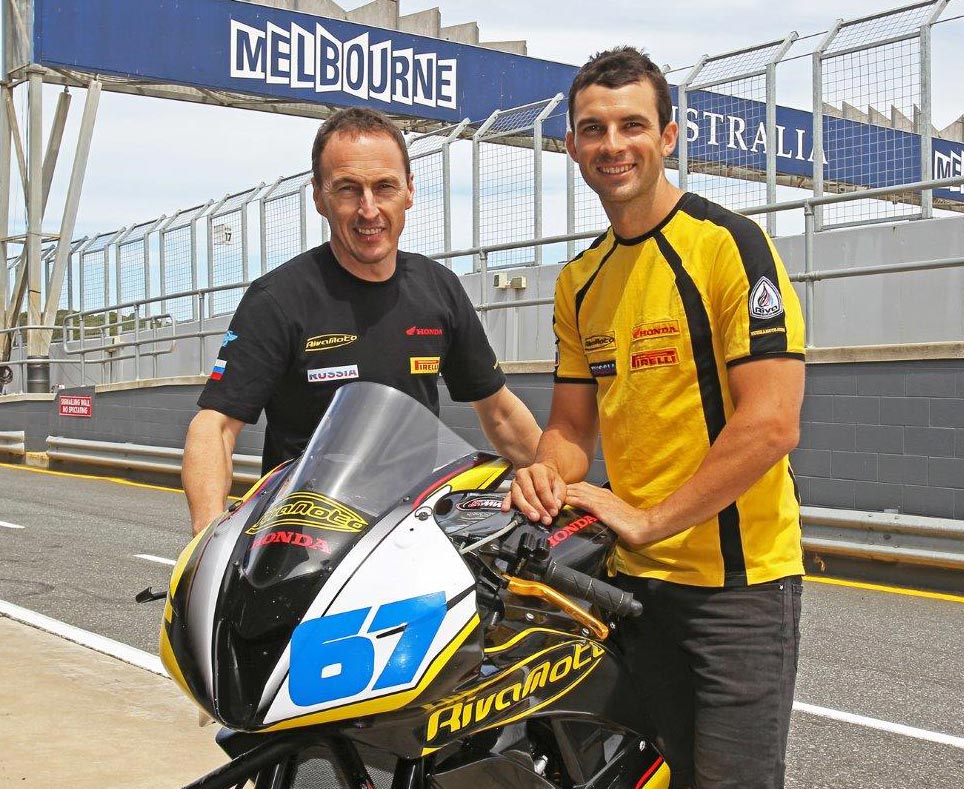 Jonny Rea leads day one as WSBK gets underway at Aragon