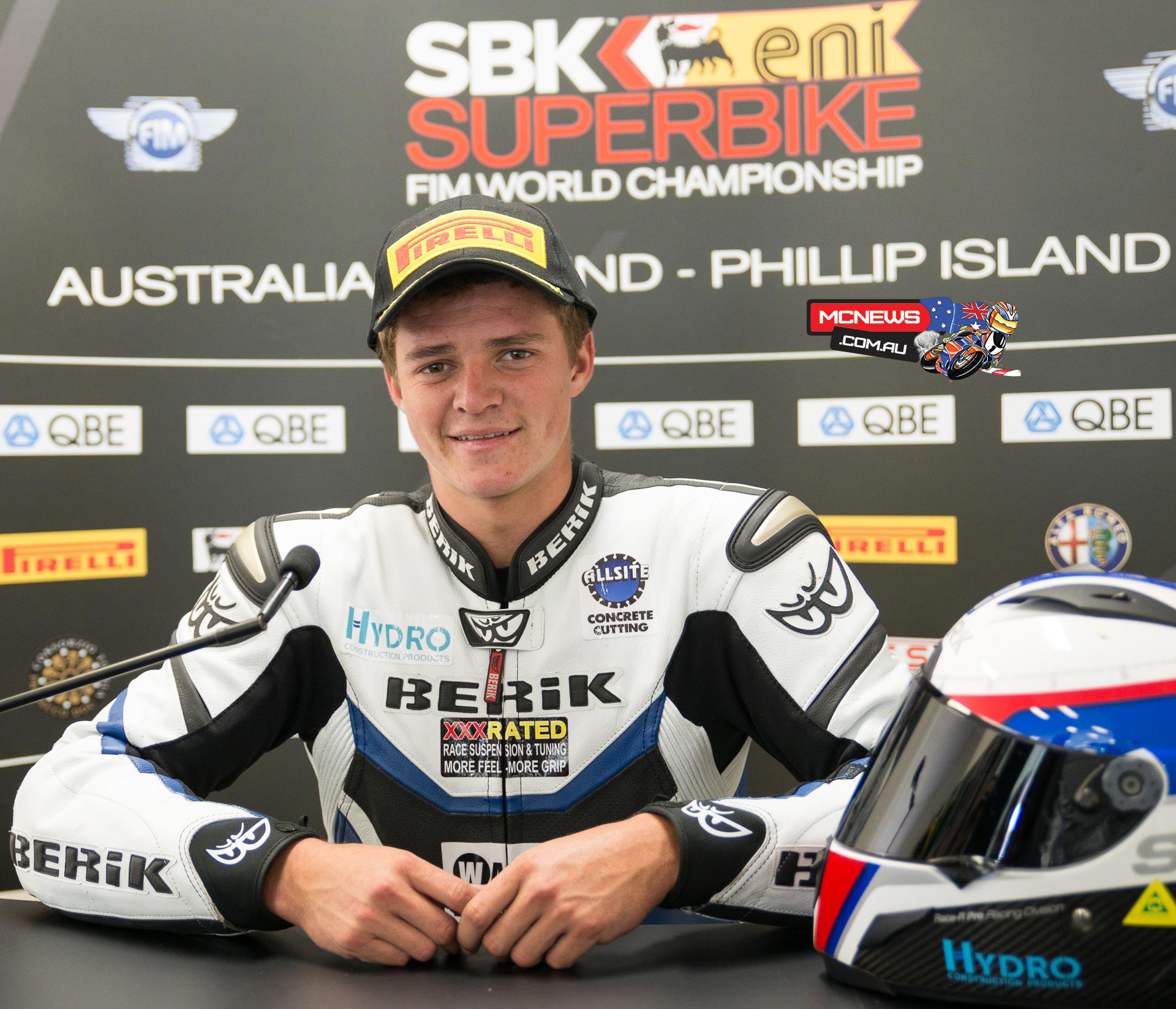 Front running Australian Supersport rider Callum Spriggs will make his International road racing debut in 2015 after confirming he will join with Yamaha Finson Motorsports for the FIM Asia Road Racing Championship with testing set to kick off just days after next weekend’s opening round of the Swann Insurance Australasian Superbike Championship at Sydney Motorsport Park.

After achieving numerous top results in National level Supersport racing in Australia, Callum Spriggs will make the step up to International level racing in the 600 Supersport category in the FIM Asia Road Racing Championship and admits he is excited at the challenge of competing against some of the best riders in the Asia-Pacific region. The Sunshine Coast rider will be joined on the team by fellow Aussie Mark Aitchison.

“I’m really excited to have the opportunity to make my International racing debut this year. The FIM Asia Road Racing Championship is certainly one of the most competitive racing series’ in the World so I am genuinely looking forward to testing myself against a fleet of new riders and putting my skills that I have learnt in Australia to the test,” Callum Spriggs said.

“It’s going to be a busy time over coming weeks, with the opening round of the ASC at Sydney Motorsport Park, backed up by our testing in Sepang for the ARRC, the ASBK event at Morgan Park and back to Sepang for the first ARRC round. I’ll be experiencing a seriously large mix of weather conditions in this aswell so that’s something I will have to train and prepare for,” Spriggs added.

An official test program in the last couple of weeks at Sydney Motorsport Park, the setting for the first round of the ASC proved beneficial for Callum as he became re-acquainted with a track he considers to be one of the best and most exciting yet most challenging on the calendar.

“Our recent test at Sydney Motorsport Park for the first round of the ASC was very successful. It’s a track I very much enjoy competing on and the competitiveness in the Supersport field again looks to be immense so I’m really looking forward to the challenge and kicking off a busy few weeks on the road,” Spriggs concluded.

Callum’s next event is round one of the 2015 Swann Insurance Australasian Superbike Championship which takes place at Sydney Motorsport Park, Eastern Creek, NSW from 27-29 March.