Following a positive test at Winton Raceway this week with Troy Herfoss; the Motologic based Crankt Protein Honda team are ready to race the new SP2 Fireblade at round four of the 2017 ASBK series at Darwin on the 8th and 9th of July.

With an injection of top end power and a sophisticated new electronics package, the 2017 CBR1000RR SP2 is the perfect evolution from the previous model, according the team owner Paul Free.

“We are all really looking forward to Darwin and the remainder of the championship now that we have this new SP2. The level of excitement within the team right now surrounding the new bike and the improvements it brings is fantastic, we feel more competitive than ever coming into the next round. “said Free.

Current Australian Superbike Champion Troy Herfoss is also feeling just as positive about the SP2s capabilities after more testing earlier this week; “The bike feels so well balanced and seems to offer more grip than I remember from the old bike, even on a very average day at Winton.” Said Herfoss.

“When I open the throttle I can open it so hard and so fast, yet the bike just lets me do it, lap after lap. Under brakes and corner entry feels quite different now, the whole engine braking – deceleration control system is so streamlined”, Herfoss Added.

The team are confident in the work they have undertaken so far on this new bike and will continue to improve throughout the remaining ASBK season.

“There are so many electronic functions we still need to work through and refine as we move along, but for now I couldn’t be happier for myself and Bryan to take this championship to the next level.” Said Herfoss. 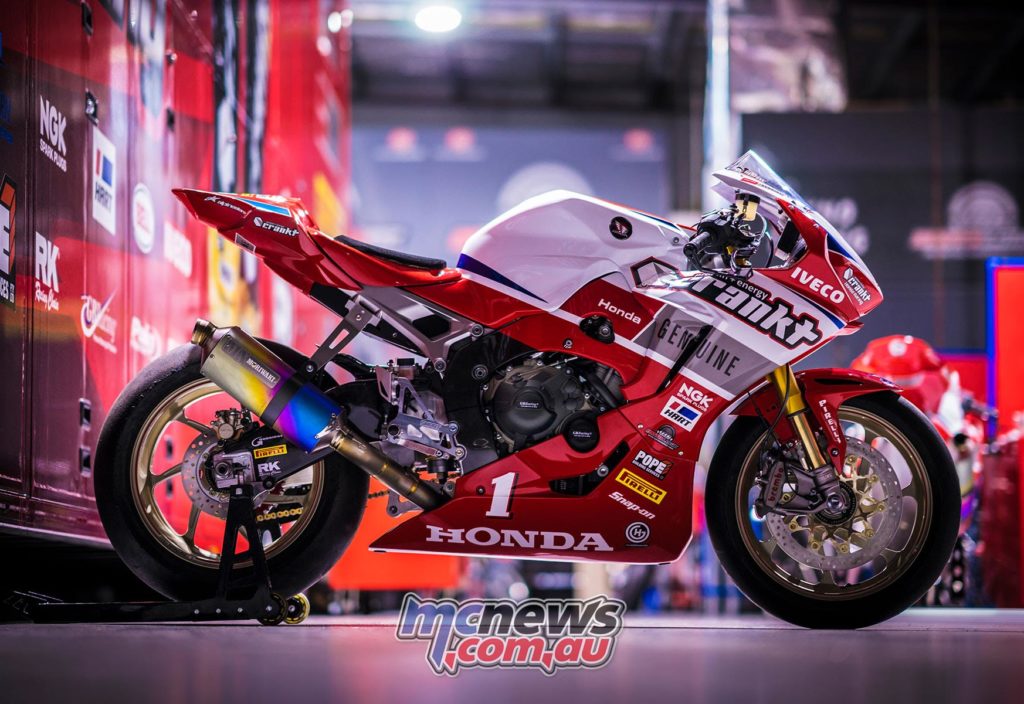 Team Manager and head of the technical direction, Shaun Clarke is impressed with the progress so far.

“The SP2 has been easy to work with, the chassis is so similar, we simply bolted the rear shock and fork internals from the old bike straight into the new one and it works perfectly. The new engine offers increased performance upwards of 10,000 rpm which is exactly the area we needed it, and the electronics are remarkable.” Clarke said.

“We have fitted the HRC kit electronics package to the bike and it works great, there is so much adjustability available, but in saying that its quite easy to navigate around, either within the dash where the rider can make mode changes on the fly or through the HRC setting tool on the laptop.” Clarke added.

Round 4 of the Australian Superbike series will take place at Hidden Valley Raceway in Darwin on the 8th and 9th of July.

First official ASBK Test of 2022 upon us