Dani Pedrosa took a master-class victory at the Gran Premio Red Bull de España, starting from pole position, leading the race from the first corner to the chequered flag, and setting the race’s fastest lap on the way to taking his 30th win in MotoGP, the 53rd in his career. 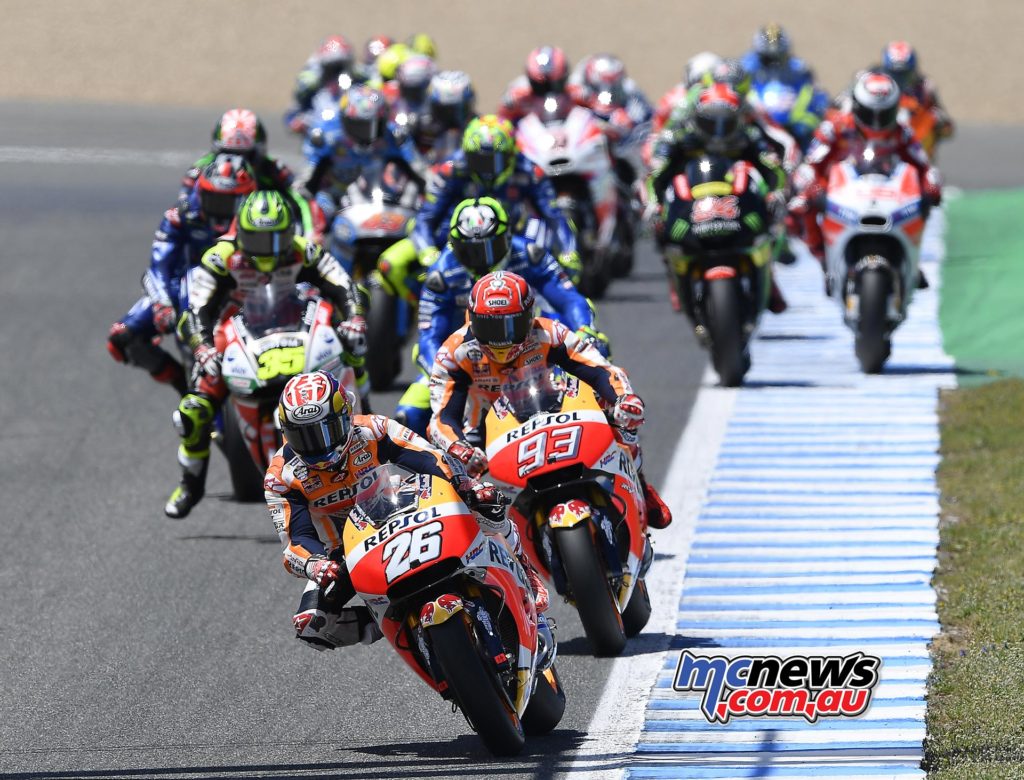 In winning the 3,000th Grand Prix race ever held, Dani also earned the Repsol Honda Team’s 100th victory in the MotoGP class and became the only rider to have won at least one race for 16 consecutive years. Dani is now fourth in the Championship, with 52 points.

To complete a perfect weekend for the Repsol Honda Team, Marc Marquez scored a brilliant second-place finish after chasing his teammate for 27 laps. The reigning World Champion is now third in the standings with 58 points, just four down on the leader.

Tomorrow the Repsol Honda Team will take part in a one-day post-race test. 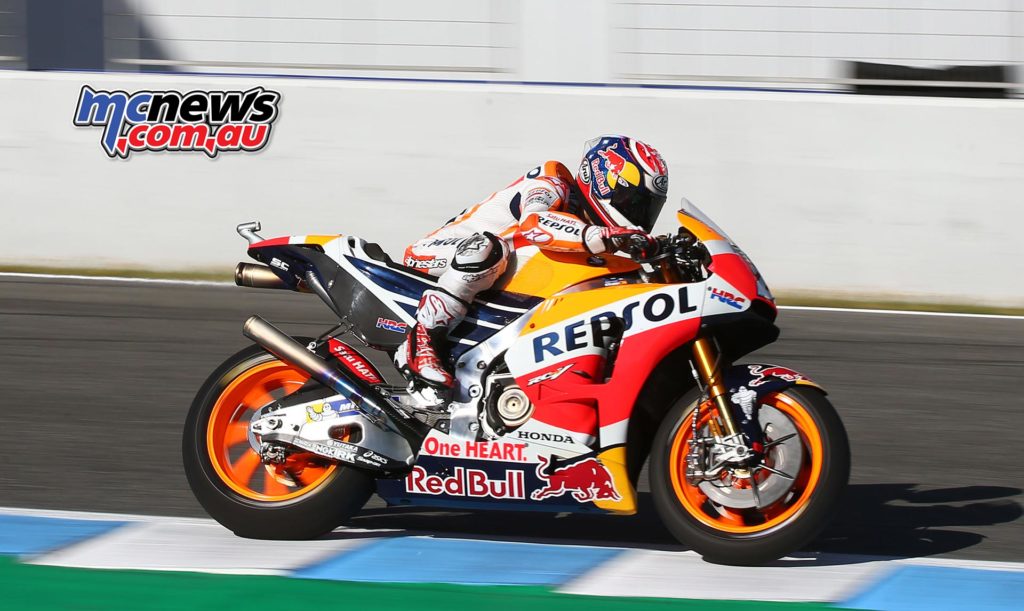 “I’m super-happy with this win in Jerez, a track that I love very much, and in front of my family, my friends, and all these amazing fans. I’m enjoying this emotion so much, more than I would’ve done a few years ago, in a more ‘conscious’ way. 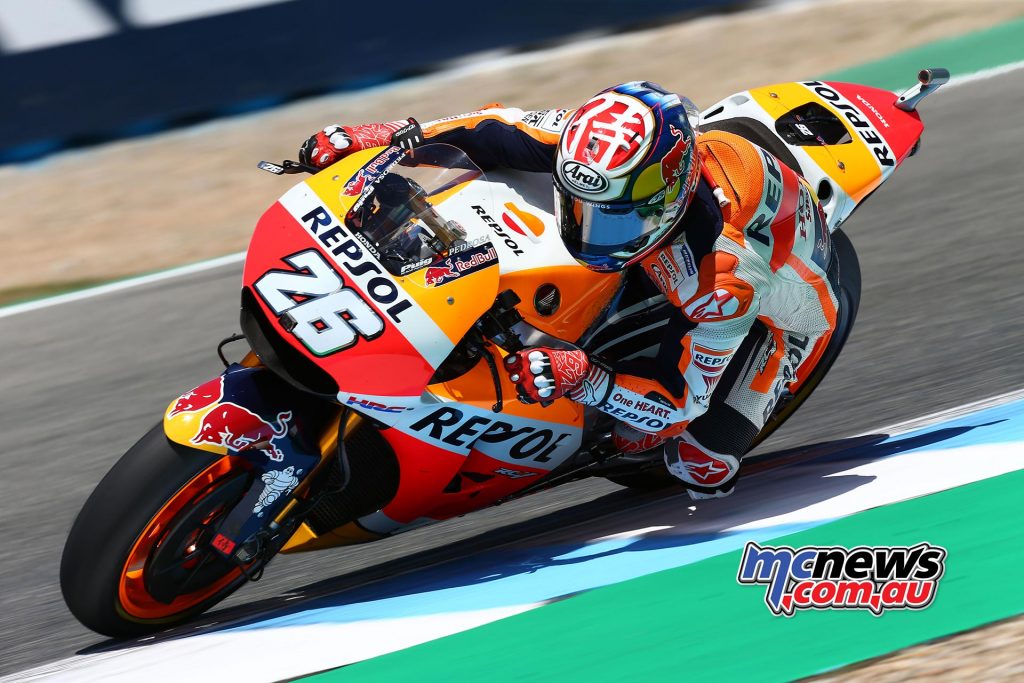 “I’ve had a great feeling all weekend, and the team have worked so well; we’re getting better race by race and I’m very happy for them as well. We knew we were in a position to have the race we actually did. I felt the tension a little bit before the start, but I remained concentrated and got away well at the start and just went for it. Today the track conditions were a bit worse than yesterday and the front was sliding quite a lot. I chose the hard front because of today’s high temperature, even if the medium was my favourite. 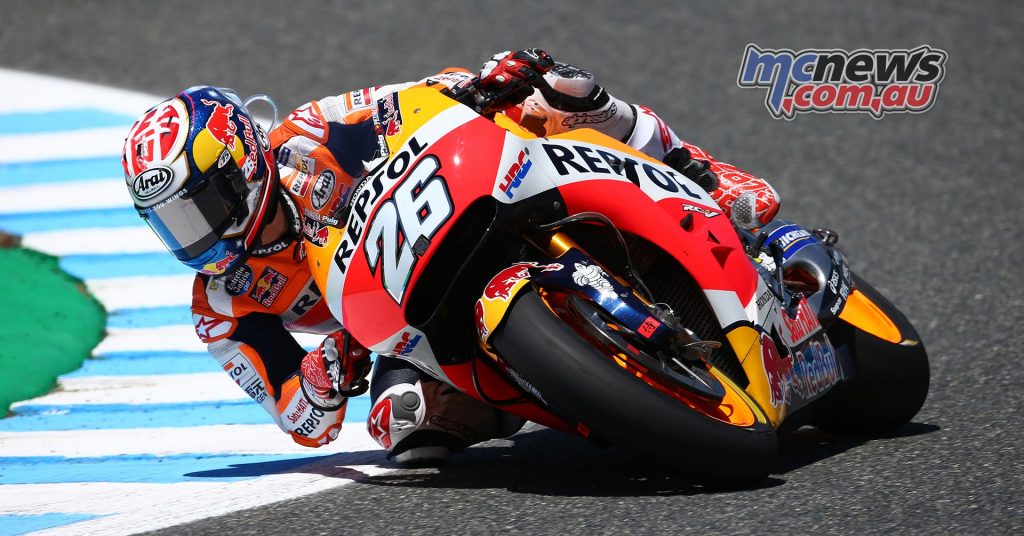 “The pace probably would’ve been faster with the medium, but anyway I was happy with my choice. When Marc started to push, we started a little battle like yesterday in qualifying. I knew he was very fast but I was determined to keep a gap on him. 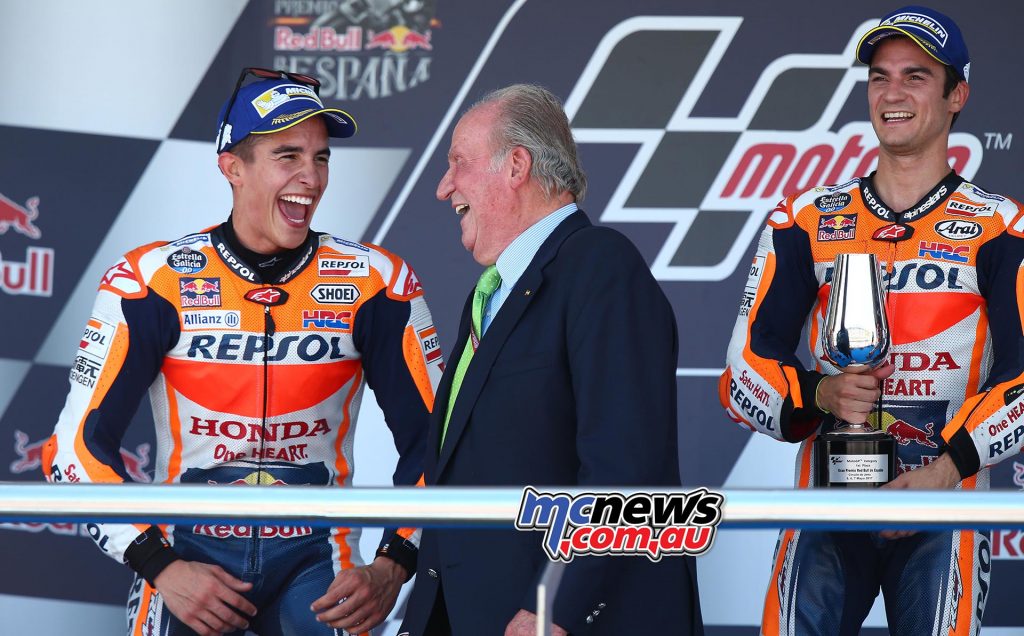 “It was easy to make a mistake, to lose the front, so it was a matter of staying on the limit without going over it. It went well, it was a marvellous weekend, and we now must continue at this level. It’s also a special honour to be the winner of the 3,000th Grand Prix race and be alongside riders like Mick (Doohan, who won race number 2,000) and Angel (Nieto, who won race number 1,000).” 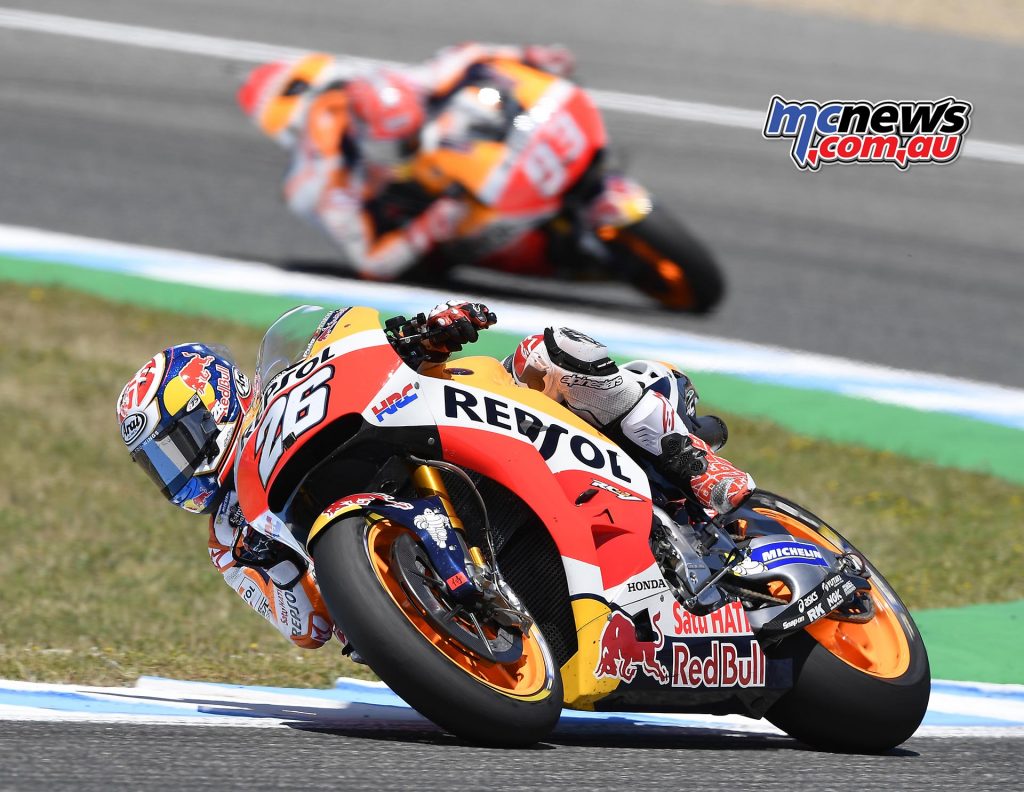 “I’m happy with today’s second place here at Jerez, a track that isn’t among my favourites, and having been able to be competitive and fight at a high level is very positive. Today Dani was really fast, as he has been over the whole weekend, in the wet and the dry. We got closer and closer session after session, but it was difficult to keep his pace. Today I tried to push, to put pressure on him, but even before the race I knew that Dani is very strong here. 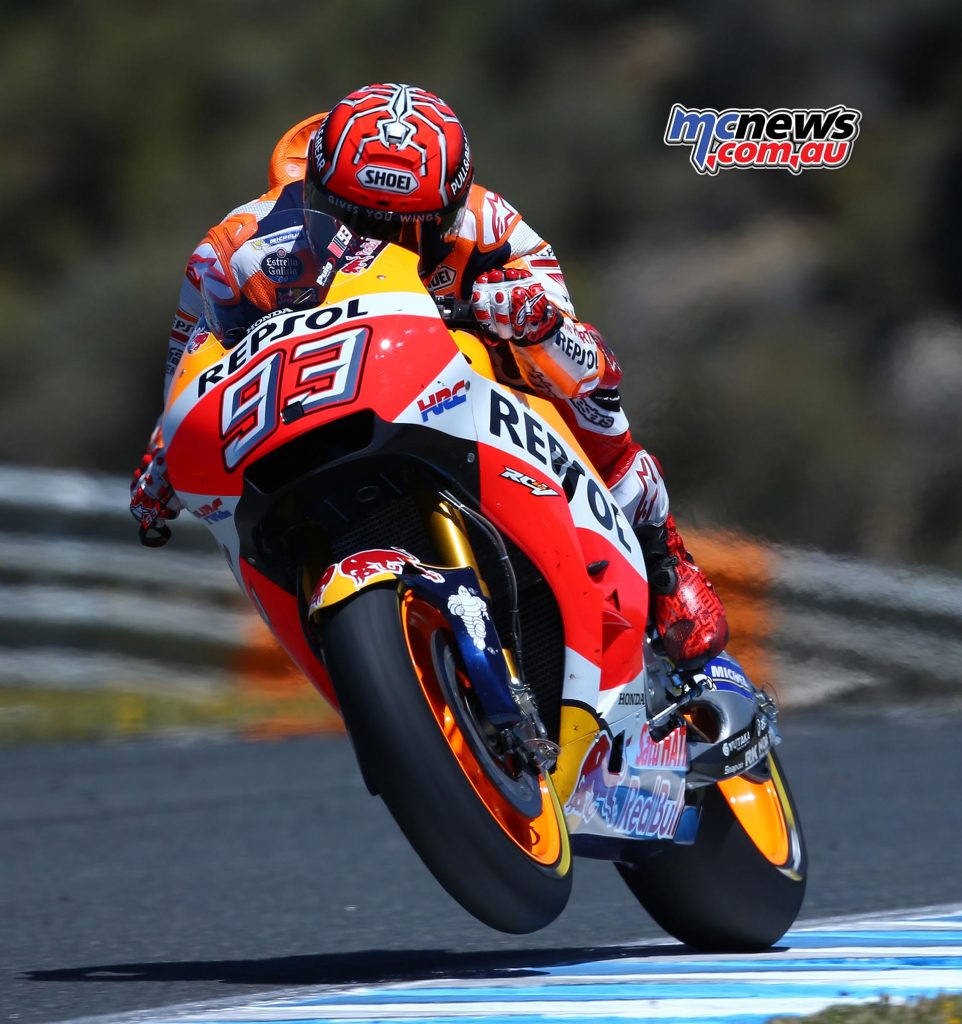 “He’s also very good when conditions are really warm like today, because for me the front tyre is too soft; I mean, I chose the harder option today but even that was too soft for me. I tried to manage during the entire race, and I pushed. In the end I had a few risky moments, so I checked where Valentino and Vinales were and said to myself, Okay, second place is fine. I’m very happy with the result, to be just four points off the top and to be back in the battle for the Championship.

“The classification is very close and things are going to be very interesting. We must keep working as we’ve done so far. I dedicate this good result to my mom as today is Mother’s Day.” 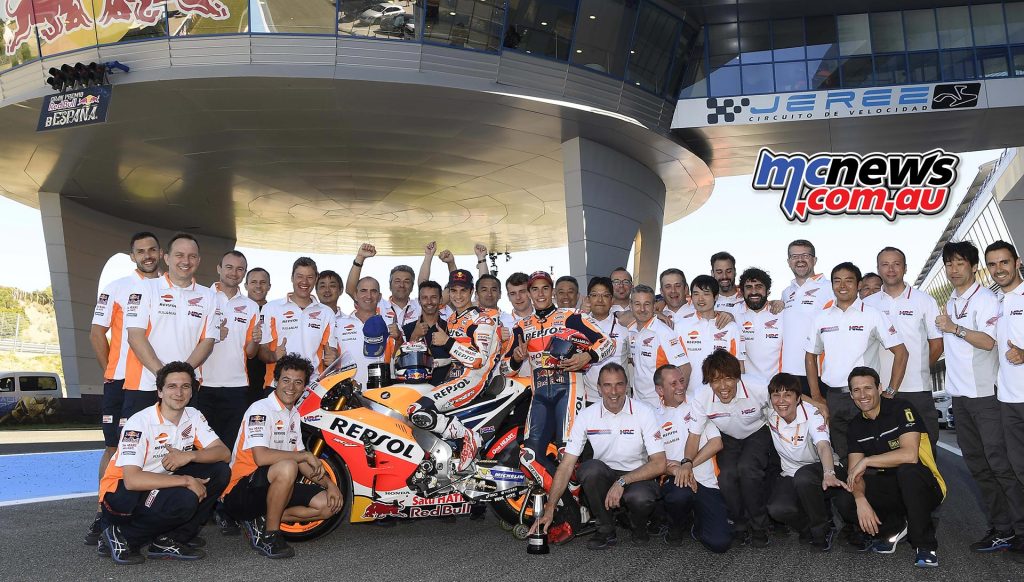 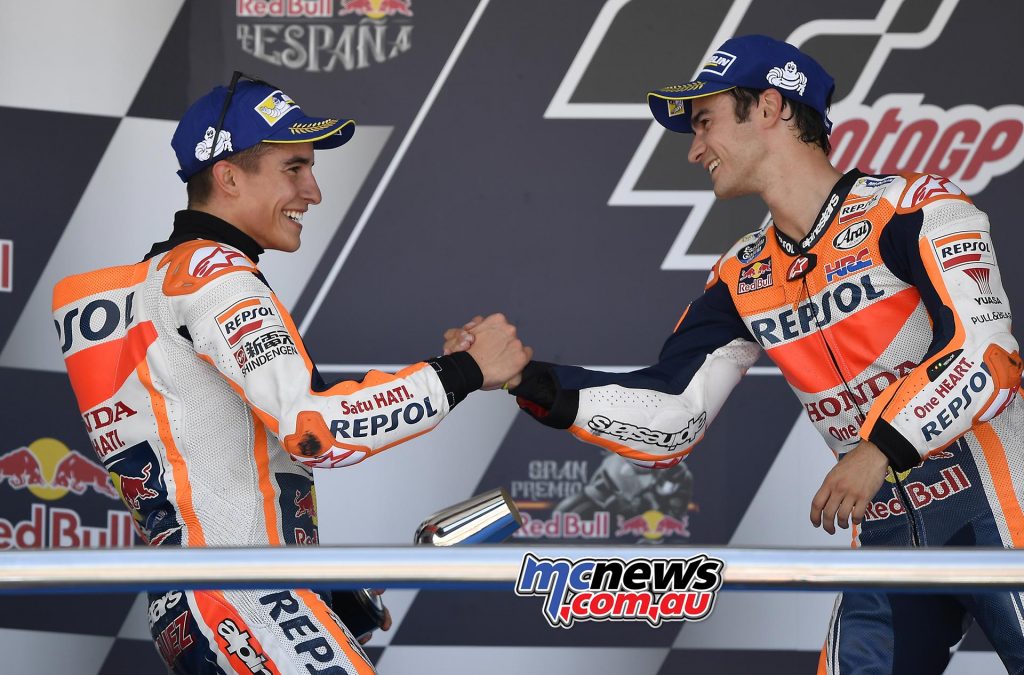