I have been fortunate enough to have photographed quite a few F. B. Mondials over the years and have been very impressed with their designs.

However all of their race bikes were singles – so I was intrigued, while browsing the net, to spot a photo of a collection in Italy that appeared to show a twin-cylinder Mondial GP bike. 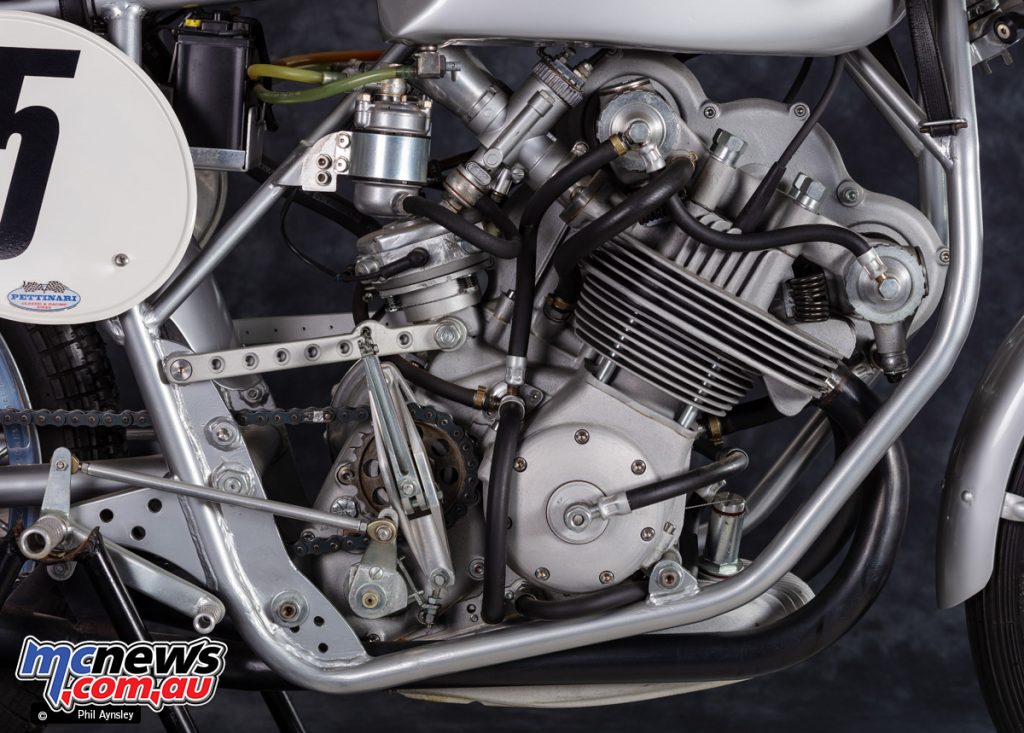 After some research and emails I found myself near Milan to photograph what turned out to be a very interesting machine!

Mondial had a couple of attempts at making a twin-cylinder GP bike it turns out. In 1955 the company’s head engineer Alfonso Drusiani designed a 250 that was basically two of the successful 125 singles siamesed together on a common crankcase.

Unfortunately the result, while making a claimed 35 hp at 10,000 rpm, was both complex and overweight at 130 kg dry. Additionally the motor had a very narrow power band.

Two examples were constructed and while the project was abandoned after two years it was notable as being the first racing motorcycle to use a disc brake – a fully enclosed Campagnolo design. 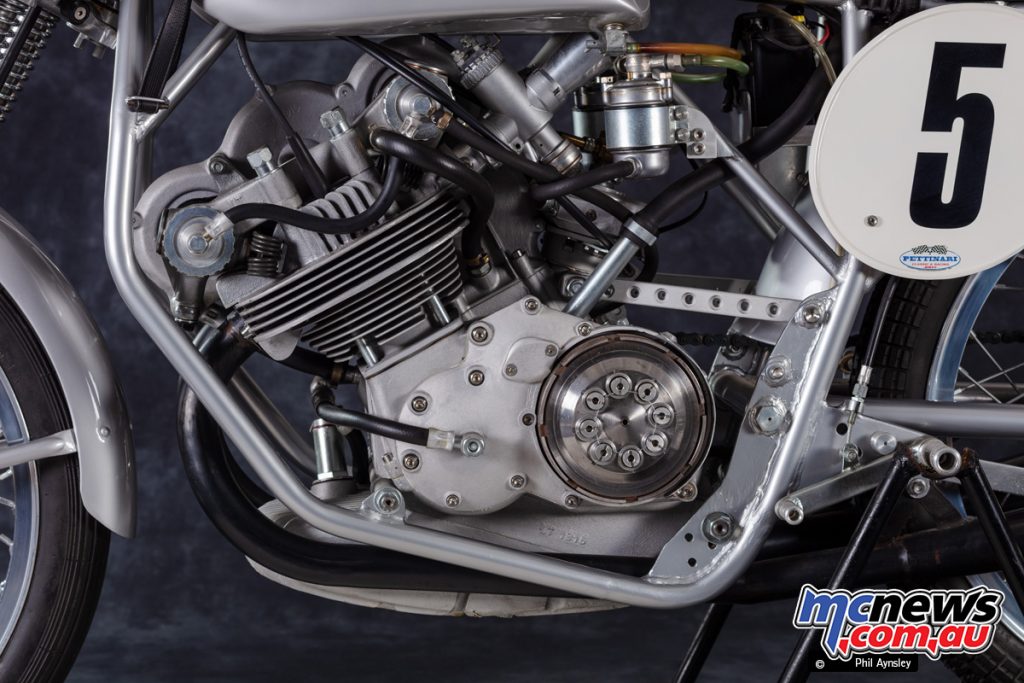 The desire to race a twin did not leave Mondial’s owner Count Boselli however (competitors such as MV, Gilera and Ducati had all developed twins) so in 1957 Lino Tonti was commissioned to design and construct a 250cc twin to replace the company’s excellent single. It is this bike that can be seen here.

Tonti involved Giuseppe Pattoni and the pair had the bike ready by the end of the following year – only for Mondial to join Guzzi and Gilera in quitting their involvement in GP racing!

Tonti and Pattoni then formed Paton and were able to campaign the factory’s old race bike for a time. The 250 twin made appearances at the Nations GP at Monza in ’58 and ’59 but did not progress any further.

The Bialbero (DOHC) two-valve motor made 35 hp and used a six-speed gearbox. Dry weight was 121 kg. In many respects the bike could be considered the first in the long line of Paton’s.