Riders were very keen to get a quick lap down this afternoon when FP2 got underway at Motegi just after 1700 Friday afternoon Australian Eastern Daylight Savings Time.

The reasons for their haste were dropping track temperatures combined with looming rain clouds, and when it rains at Motegi, it really rains! The forecast for tomorrow is not all that friendly, so there is a fair chance that riders will not manage to improve on their times tomorrow which is what makes today so crucial.

It had been a Yamaha 1-2-3 in FP1 led by Maverick Vinales but the Yamaha men were not in any hurry to improve on their markers until late in the session when Vinales went under the lap record to lower the benchmark further to 1m45.085s.

There were red sectors appearing everywhere in the dying seconds of the session and the first man to displace Vinales was none other than French rookie Fabio Quartararo, a 1m44.764s putting him top of the pops before he then ran off into the gravel trap.

Marc Marquez had to settle for third quickest ahead of Andrea Dovizioso.

Jack Miller went down as the chequered flag came out but had earlier registered a 1m45.577s which looked safe enough to see him through to Q2 if it rains tomorrow morning.

Rossi dropped in a last gasp 1m45.466s when it counted to take him from zero to almost hero which shuffled Miller down to seventh but the Australian remained in front of Danilo Petrucci.

Miguel Oliveira had gone down pretty hard with 25-minutes remaining in the 45-minute sessions. It was an ugly tumble for the 24-year-old through the kitty litter who was already coming into this weekend still carrying prior injuries.

MotoGP Ryan - October 5, 2018
MotoGP | An Asian Love Affair MotoGP has become hugely popular worldwide over the years with impressive growth in pretty much all markets, and massive...
Read more 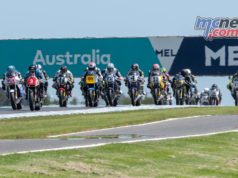 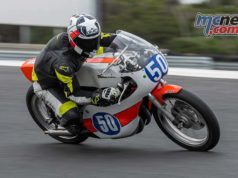 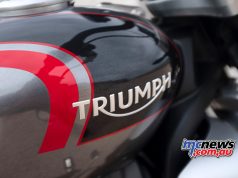