Falzon to kick off Supersport Title defence this weekend

Australian Supersport Champion Daniel Falzon will be looking to launch his 2014 title defence with a victory at the opening round of the AirRoad Australian Superbike Championship at Queensland Raceway this weekend.

Entering the season as favourite and with the coveted number 1 adorning his CAT Yamaha R6, Falzon said his aim is to start the season the way he finished 2013.

“Queensland Raceway has been a good track for me in the past,” Falzon said. “Last year we had a few issues and I finished third so this year I will be looking to make amends.

“There is a very competitive Supersport field for 2014 and I think riders like Callum Spriggs and Aiden Wagner will be hard to beat at their home track.

“I have the number 1 on my bike so I know I will have a bit of a target on my back but I am really looking forward to this weekend and want to kick my title defence off with a win,” Falzon added

Motorcyclists attending the event on Sunday will be invited to participate in a lunchtime ‘Lap of Champions’ which will not only raise awareness for the ‘Cowards Punch’ initiative but also funding.

The AirRoad Australian Superbike Championship will donate $5.00 for each motorcyclist who participates in the ‘Lap of Champions’ at Queensland Raceway (Sunday April 6).

Green and Australian Superbike Championship organisers IEG are encouraging motorcyclists to get behind the initiative and ride to Queensland Raceway on Sunday 6th April in support of the campaign.

The future of ASBK in regards to parity, electronics and cost containment 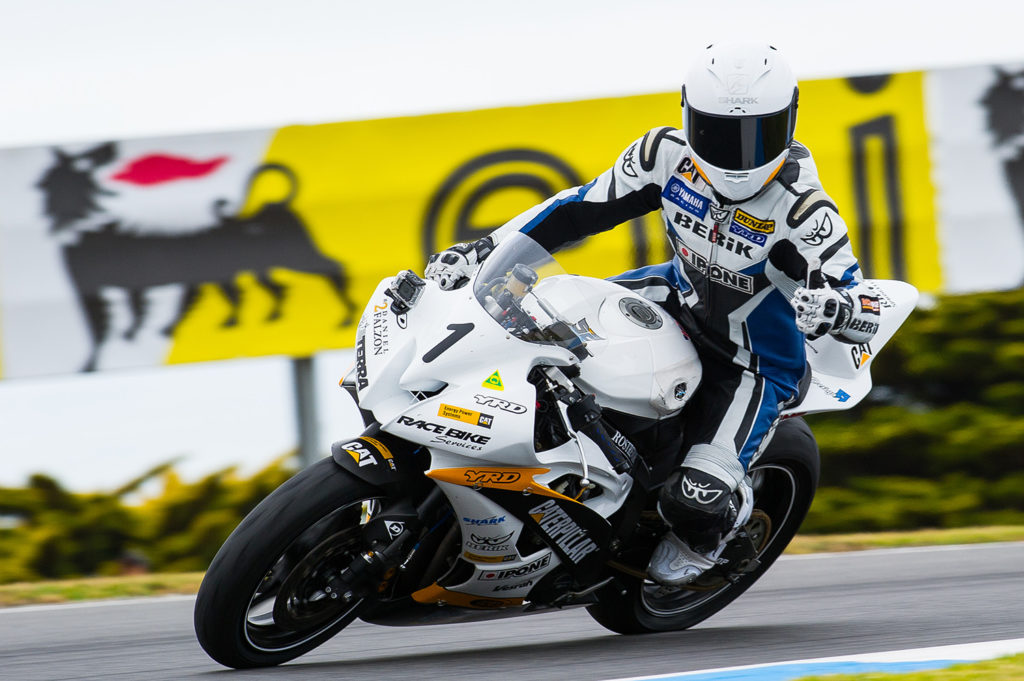 Queensland’s Mike Jones will be looking to use home track experience to secure a solid result at the opening round of the Air Road Australian Superbike Championship at Queensland Raceway this weekend, with this just being Jones’ third race meeting on the Crazy Dogs Kawasaki ZX10 Superbike.

On the back of the opening round of the Australasian Superbike Championship at Wakefield Park, Jones will be looking to return to the podium on his home circuit and recent testing has the Brisbane rider confident of a good start to the Championship.

“I’m really excited to be getting back on the Crazy Dogs Kawasaki ZX10 at Queensland Raceway this weekend. I can’t wait to be back in the seat again, it’s good fun and great for developing my skills, and will be great to also be racing in front of a home crowd,” Jones said.

An impressive result at the Wakefield Park event, surrounded by riders with vastly more experience than Mike has kick-started his official race season in a positive direction. Jones rates the Ipswich circuit highly amongst his favourite throughout Australia and is looking forward to getting back trackside.

“After having a good weekend at the last event which was at Wakefield Park, a circuit that I don’t particularly favour, I will be much happier racing at my home circuit. This is a track that I like to ride and get to spend plenty of time practicing on,” Jones added.

Mike’s home race will also provide a chance for him to mix with many of his local sponsors, and he admits it is an excellent opportunity for them to experience the fast paced nature of Superbike racing and looks forward to having them within the team for the weekend.

“I thank all of my sponsors for their valued support and hope to have a good result for them. I look forward to seeing many of my local supporters and having them cheer me on during the weekend,” Jones concluded.

Mike Jones’ next event will be round one of the 2014 Air Road Australian Superbike Championship event at Queensland Raceway, Ipswich, QLD on April 5-6.