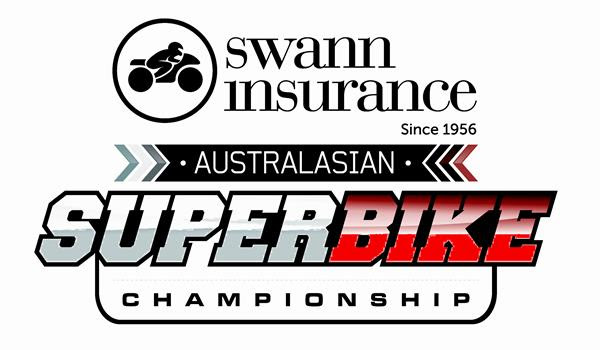 As the dust settles on an epic first round of the Swann Insurance Australasian Superbike Championship (ASC), fans, competitors and teams now look to the second round at Mallala Raceway on May 16-18 with much apprehension.

In 2014 the Swann Insurance ASC, undoubtedly is the most talent rich series Australian road racing has seen in years. As many reflect on what was a highly anticipated first round, no one can deny that round one has brought a breath of fresh air to the road racing industry.

With more than 149 entries at Wakefield Park, series promoter Terry O’Neil could not have been more proud of the newly formed 2014 series, and spoke openly about the positive feedback that has been received.

“The first round was excellent. It was an amazing race meeting not only to run, but just to watch the quality of racing. The racing was some of the fiercest and closest I have seen in 20 years of being involved in the industry,” he said.

“The feedback has been very good. Facebook, emails, phone calls; just the general vibe of the feedback we are getting from people is incredible. Everyone was blown away by how good it was, so it’s hard not to feel proud of what a great race meeting it was.

“I didn’t know what to expect at Wakefield, we worked solidly putting together round one for about three months. One can hope, but there are always those outside variables that you can’t control.

“We are working on improving the series as we go, but I must admit for the first round of the year, that it went very, very well. And I certainly can’t be unhappy with it because it was just an amazing show to watch.”

O’Neil also shared that there are always improvements that can be made throughout the championship, and firmed his commitment to pleasing not only spectators, but riders and sponsors too.

“It’s a work in motion. You’re always refining what you’re doing, you’re always looking at how to improve, how to make the show better, how to provide better value and more track time and entertainment for the actual competitors,” he said.

“The live broadcasting is so much more of a part of the series this year, so its eight odd hours of live webcasting that people can watch nationally or around the world of the racing. While we have done it before in previous years, it’s added another aspect that goes with the actual running of the event.

“We all run around like crazy trying to make it all happen and look like a television program on the day. Its challenging as well as running the race meeting but the events themselves so far, are looking very good.”

O’Neil also mentioned that the with Swann Insurance coming back on board as the naming rights sponsor of the 2014 series, that the profile of the sport has lifted and all are benefiting in the process.

“With Swann Insurance taking on the naming rights of the series this year, what it has done, is its harkened back to the days of greatness of road racing,” he said.

“To actually brand the championship as the ‘Swann Series’ has given us the opportunity to remind all of those people who used to go to race meetings previously, that there is still Australian road racing happening.

“In the past the ‘Swann Series’ is the one everyone used to love, and everyone talks about fondly, when the days were great in Australian road racing.

“To be able to call the series the Swann Series again and have it be as good as it actually is, is just a bonus for us, and a bonus for Australian road racing

When asked what we can expect from round two of the ASC, O’Neil spoke with enthusiasm and passion, confirming that the South Australian round at Mallala Raceway is sure to impress.

“I think round two is going to be amazing. The main reason for that is that no one has raced at Mallala Raceway for around five years, and Mallala Raceway is a very challenging track,” he said.

“Like Wakefield Park, Mallala is a very technical and tricky track and it produces some of the most exciting racing on the calendar.

“At Wakefield Park, we had 16 bikes qualify within a second, and I don’t know if that’s ever happened in Australian Superbike racing history. Mallala will lend itself to tight, close and exciting racing just like the last round.

“I know that people from Adelaide who come out to watch, will see some of the most exciting racing they’ve seen in years.” 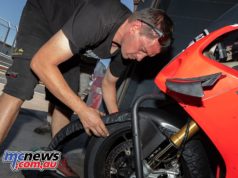