David Checa, Kenny Foray and Mathieu Gines won the third round of the Endurance World Championship in Germany on the circuit of Oschersleben. The team GMT94 his name for the fourth time in its history the top of the podium Oschersleben.

Christophe  Guyot: “We  have worked hard on the bike and the whole team has been involved for months. This victory is the reward. The new Yamaha R1 is a super bike. Our race pace was very fast. All three drivers did a remarkable race. They are very motivated for the Bol d’Or. I thank the Oschersleben circuit for the reception and motivation to organize this race.”

David  Checa: “In  my head the race was won. Our competitors were driving very well but I managed to get really comfortable with the bike and I rode faster in the race than qualifying. I thank the team for all the work they have done. Nothing to say about the bike that was perfect. It has been 3 and a half years that we had not won a race. We were world champions with the second places and it is really fun to win again! We are going from the Bol d’Or to win the race and if we can be world champions it will be exceptional.”

Kenny Foray  “It’s  so great to return to a race! We fought the entire race, whether David Mathieu or me, we drove as best as possible when needed. I am very proud to be in this team and to have won the race to the force of the handle.”

Mathieu  Gines: “It’s my first victory in the endurance world championship, and we won in a beautiful way. We made ​​a solid race, everybody rode really fast. At the end we managed to finish ahead and it’s nice. We also take points for the championship but especially this victory has a special taste for me. I really want to thank the team because it was a fantastic race. “

The race got underway at 12:00am (GMT+1) on Saturday with Gimbert, starting the race from fifth position. During the first hours, the Honda Endurance Racing team was fighting between first and third place, but the race pace was really strong and during the third hour, Da Costa ran out of fuel before entering the pits.

Quickly back on track in 18th position aboard the Honda CBR1000RR Fireblade SP, Honda’s endurance specialists Da Costa, Foray and Gimbert pushed hard and made up positions. But while the team was back up to sixth place, Da Costa crashed out. The team worked hard to get the bike out on track only four minutes after the crash with two and a half hours to go.

Despite these issues, the squad did not lose their race pace and continued to make up positions. They eventually crossed the finish line fifth, collecting 18 valuable championship points.

The next and last Endurance World Championship round is the 24-hour Bol d’Or race, which takes place on 19-20 September, in France. 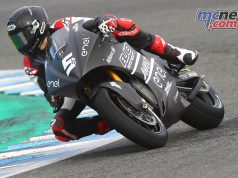 The opening era of MotoE begins with official test at Jerez 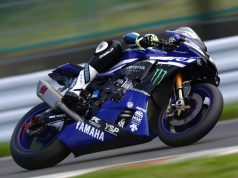