KTM Desert Racing Team rider Ben Grabham was again at his sublime best as has won his third consecutive WA Forest Rally at Busselton and Nannup in the south-west region of Western Australia.

The Quit Forest Rally was the second round of the East Coast Bullbars Australian Rally Championship, and one of the few off-road races on the Australian calendar to combine car and motorcycle classes.

The KTM 500 EXC rider excelled in the fast, slippery conditions and topped the time sheets of the Moto division on both days of the event, winning from Graeme McKinley (KTM), and Nathan Grech.

With another trophy squeezed into the gear bag, Grabham will tomorrow fly to Alice Springs for some testing in preparation for this year’s Finke Desert race.

Ben Grabham – “The weekend went well for us; I had a pretty good run and picked up the win. It’s always tricky over here on the pea gravel and just getting used to the slipperiness of it. There wasn’t as much cleaning of the trails by the rally cars this year, as they seem to have gone away from the fast four-wheel drives and into mainly front wheel drives, which is why the quads were so prominent in the outright results. They just get so much more traction than the motorcycles were.

“They were pretty long days this time round; yesterday would have been seven hours on the bike. It’s not the hardest riding ever but you can’t switch off for a second as the pea gravel and high speeds are a bad combination, and you can end up coming unstuck pretty quake.

“Any time you’re racing, whether it be club level or whatever, your body just reacts differently when you know you’re racing the clock. There really is no better practice than a race, even for Mikey the mechanic – it’s practice for everyone.

“The 500 EXC has been great, pretty much faultless in the tricky conditions because of the smooth power.

“Tomorrow I fly from Perth to Alice for some more testing. That had a bit of rain up there I hear, so it should be good to test in. Quite fun.” 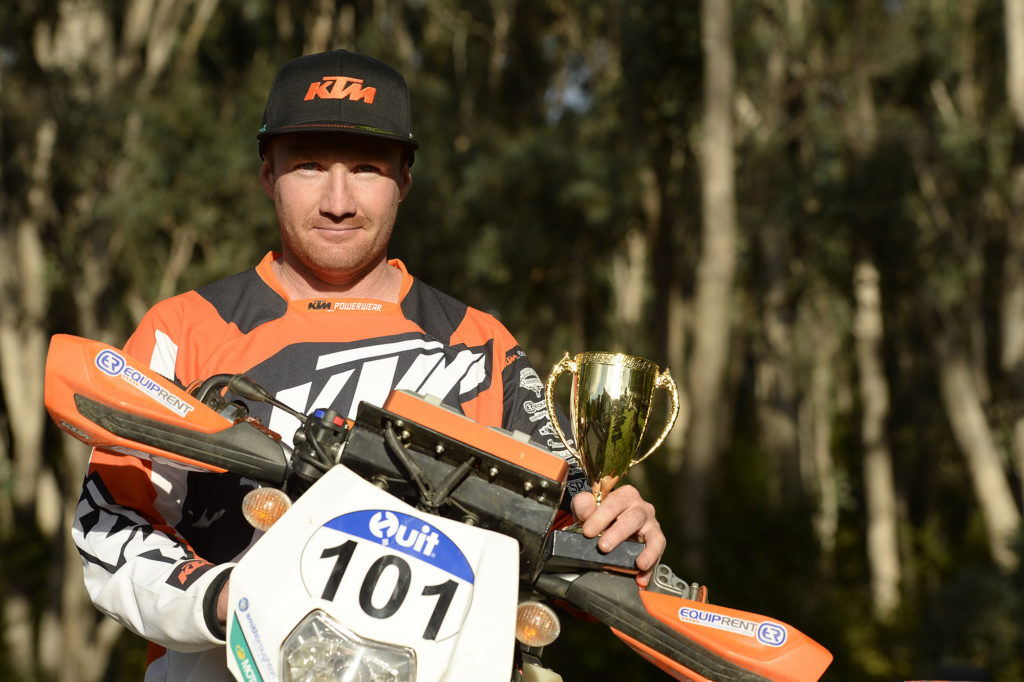