The Honda Racing team and its road racing riders John McGuinness and Conor Cummins have completed a two-day test at Castle Combe, Wiltshire ahead of the 2014 North West 200, which will take place in Northern Ireland next week.

Despite intermittent showers on the first day of testing on Wednesday, both riders managed a full afternoon on their respective Honda CBR1000RR Fireblade SP machines, testing various Dunlop tyres and making good progress on the set-up of the new bikes.

The Castle Combe test was the first time that McGuinness has ridden on track since injuring his wrist in training just over six weeks ago. The 20-time Isle of Man TT winner has been undergoing intensive physiotherapy and was able to quickly regain his confidence aboard the Fireblade SP.

Team-mate Cummins swiftly got to grips with his Honda Racing machine on what was his inaugural outing with the team. The Manxman made the most of the limited track time to complete over 80 laps of the Castle Combe circuit, leaving him quietly confident ahead of next week’s event.

The North West 200 will take place from 13-17 May, with McGuinness and Cummins competing for Honda Racing in the two Superbike races on Saturday 17 May. The historic circuit forms a triangle between the Northern Irish coastal towns of Coleraine, Portrush and Portstewart, providing a stunning backdrop to one of the world’s fastest roads races.

John McGuinness –  “It’s great to get together with my road racing team, who are like family to me. It was looking like we weren’t going to get much done on Wednesday but all of a sudden the sun came out and we got a day’s work done in the afternoon. I made a massive step forward with regards to getting on the bike after my injury. After my enduro crash I thought my season was over so I’m made up with how good I felt on the bike. I’m going home feeling much more confident about the North West and the TT and I can’t wait to ride my Fireblade in anger again.”

Conor Cummins – I’m really happy, it’s all gone well, even with the bad weather. We got a full afternoon on track on Wednesday, it was action-packed and we finished on a high. We’ve got a good setting for the NW200 and I’m really looking forward to getting there now. I just want to ride my bike! It was the first time I’d ridden it yesterday and it was just mega. It felt right straight away.  I’m not going to be over-confident. I have a job to do and my only interest is in doing the best I can, but I’m really enjoying riding the bike and I can’t wait to race.” 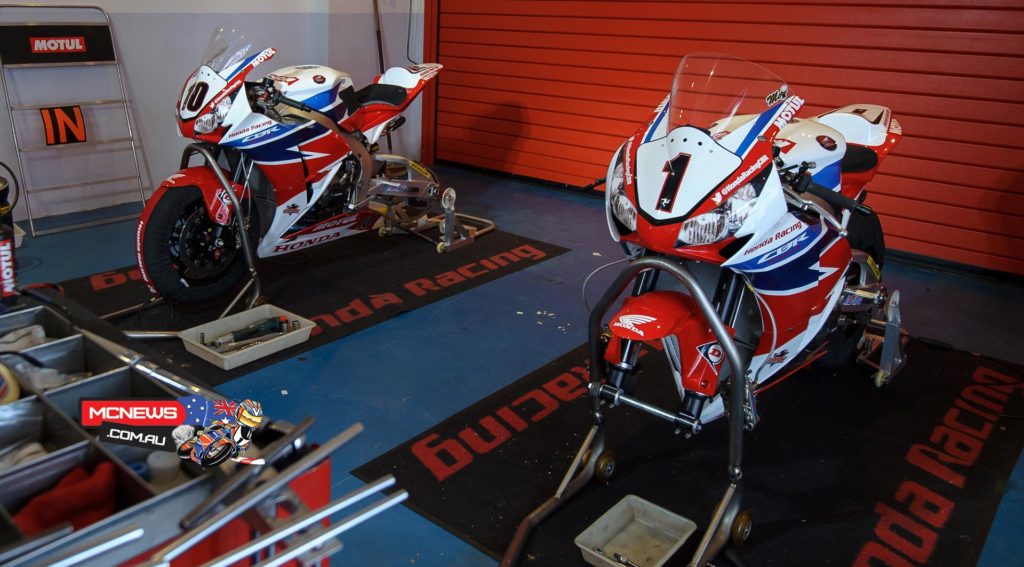