Scooter sale figures seem to suggest that predominantly scooter buyers are after cheap and efficient town transport. Six of the top ten selling scooters in the Australian market are 50cc and the largest capacity machine figuring highly in the sales figures is a 125.

That hasn’t stopped the Japanese manufacturers seemingly concentrating their efforts at the top end of town.

At 250kg, one of the largest machines on the market is Honda’s Silver Wing.

At over 11 grand on road it also hits the wallet pretty hard but it is well equipped and offers plenty of performance which does help to justify the hefty price tag. In the marketplace it goes head to head with Suzuki’s Burgman 400 so in this review we can’t help but compare one to the other.

A twin-cylinder engine is the Silver Wing’s main point of difference as most 400cc competitors offer only a single lung. As such they can’t offer the smooth free revving nature of Honda’s fuel injected mill.

Silky smooth at all times the parallel twin spins up quickly and is powerful enough to sit on the highway speed limit quite comfortably. It revs quite hard, maximum power is delivered at 8000rpm and the par for the course CVT transmission means that urge is always available.

Compared to the somewhat similar sized, but single cylinder, Suzuki Burgman the Honda does not prove a lot more powerful or fuel efficient. But the Honda twin is a lot more refined, and goes about its business with a panache that is missing from single cylinder scooters.

There is plenty of storage space on the Silver Wing but it can’t match the cavernous Burgman 400 on that front. The Honda boasts 55 litres of underseat storage to the Suzuki’s 62 litres. Up front, the Suzuki also boasts larger compartments. That’s not surprising however as dimensions aside the Silver Wing certainly cuts a more lithe figure than the somewhat mothership proportions of the Burgman. The Honda looks more European. The Suzuki scores a 12 volt accessory outlet as standard.

In the comfort stakes the Silver Wing comes out on top but I really think this is down to rider size and preferences. At 178cm tall I had some trouble with wind buffeting on the Burgman, despite its huge screen, while on the Silver Wing my head was much less blustered.

The Suzuki mirrors give a much better view than the Honda, while both offer a similar level of brilliant instrumentation and powerful headlights.

Like all scooters, and cruisers for that matter, large bumps are transferred to the rider via a solid whack in the rump.

Both models now offer ABS and pull up very well. The Honda does not have the massive initial bite of the Suzuki’s twin disc front end and does feel as if it would take longer to stop. Only a back to back test would verify that of course but I am fairly confident the Suzuki would win the braking war.

A touring range of 300km is achievable on either bike but that’s mainly due to the larger 16 litre fuel tank on the Honda as it does use a little more juice than the Suzuki. I managed to average 4.7 litres per 100km on the Silver Wing over a long stint while trying to be fairly economical. If riding aggressively however the Honda can use more than 6 litres per 100km. In comparison the Suzuki averages less than 5 litres per 100km no matter how you ride it.

The Honda proves more stable at speed and in cross winds than the Suzuki, and also feels more spritely in the bends.

In the parking lot the Suzuki has a smaller turning circle but when it comes to actually parking up the Honda wins hands down. The Suzuki takes some serious muscle to manoeuvre onto the centre-stand while the Honda is easily lofted on to its centre perch.

When it comes down to dollars and cents at $10,990 plus on roads the Honda is $1100 dearer than the Suzuki. It does sport an extra cylinder, more contemporary styling and a backrest for the passenger to mount a defence in its favour. But really, the difference comes down to refinement. That finesse is the main advantage the Honda enjoys over the Suzuki. While on the other hand the Suzuki boasts appreciably more storage space. 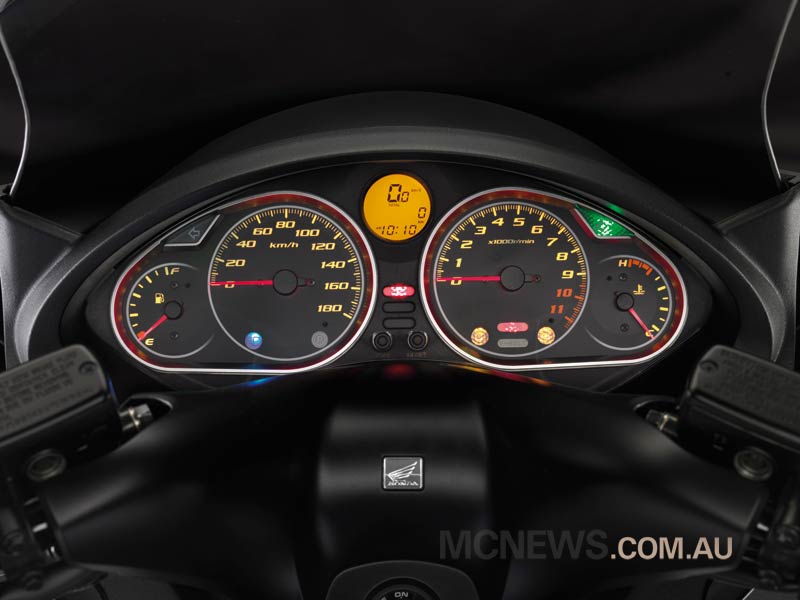 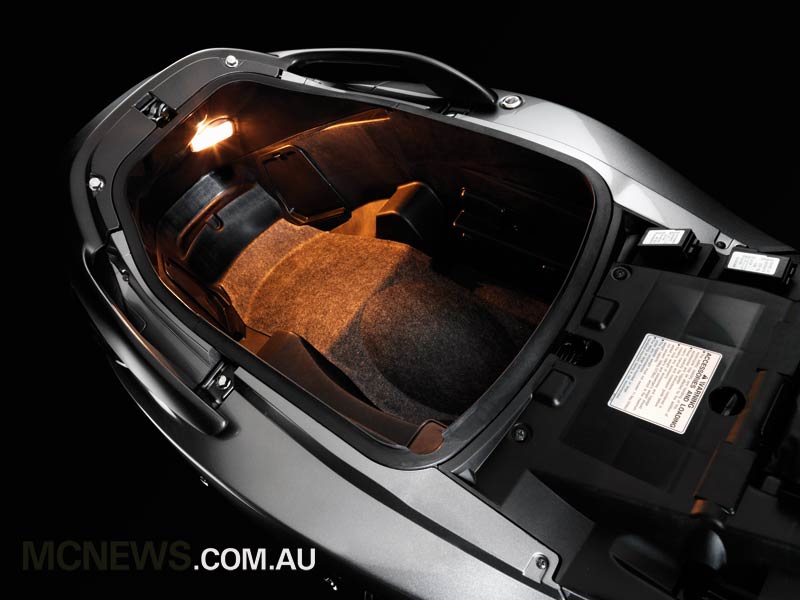