I’m tucked under the bubble, flat out in sixth gear on the banked front straight of the Homestead Speedway NASCAR oval.

The tacho needle on Honda’s newest sport bike kisses 11,000 r.p.m. and that’s all there is; there ain’t no more.

The first turn approaches and I sneak a peek at the speedometer. It’s indicating a giddy 125 km/h.

Wait a second. 125 km/h flat out in sixth gear? What’s wrong with this picture?

Nothing really, it’s actually quite impressive when you realize that Honda’s latest sport-bike offering isn’t a hyper 600 or retina-flattening 1.0-litre bike, it’s a 125 cc tiddler.

Honda are bringing Britain’s #1 selling bike to Australia and with an introductory (expires August 31, 2007) $300 cashback lowering the price to $3990m Big Red will be hoping that their new pocket rocket can make significant inroads into the Australian market. That’s $1,5000 less than a well priced four-stroke scooter offering less performance, the Bolwell Gmax 150.

For their hard-earned dollars, riders will not just be getting a plain Jane, bargain basement mutt – the CBR125R is one impressive motorcycle.

With styling similar to Honda’s CBR600 and CBR1000, there is a strong family resemblance that provides the all-important image factor.

According to Honda’s National Sales Manager, Jason Nicholas, the manufacturer is very excited about the new addition to their fleet.

“There are plenty of younger riders out there who want access to an affordable bike that still offers the qualities and the look of a full blown sport bike. Until now, there really hasn’t been anything on the market to cater to this group of riders,” Nicholas said.

“At the special limited price of $3990 after the cash back offer, I think we will see these bikes walking out the door pretty quickly.”

To continue Honda’s “green” corporate goals, the CBR125 utilizes electronic fuel injection and a catalytic converter that combine to exceed the stringent Euro 3 emissions standards due in 2008.

And, if the rider progresses quickly and decides that he or she wants to trade up to a different model after a year or so, the balance of the CBR125’s warranty is transferable to the next owner – again, making an affordable, unintimidating motorcycle available to the next round of graduates at a reasonable price.

On the 125 bike, the single shock and 31 mm forks aren’t adjustable, but spring and damping rates were excellent for the street and not all that out of place during my track testing – which really isn’t this motorcycle’s natural environment.

Both clutch and throttle are light, silky smooth and very linear in operation. The hydraulic, single-disc front brake was fade-free on the track and provided excellent stopping power, with pretty good feel and feedback.

Acceleration isn’t neck snapping but more than enough to keep bike and rider safely ahead of guerrilla warfare traffic in the city. Cruising at 100 km/h in sixth, the tacho is reading 7500 r.p.m., so forays onto the freeways are possible.

The riding position was better than I expected, considering my lanky frame, although the seat height is low enough so new riders won’t have a problem balancing the bike at stoplights. The bars are above the triple clamps, and pegs are well-placed. The engine is equipped with a balance shaft to quell any annoying vibrations.

The windscreen is just high enough to deflect some breeze off the rider, and adequate protection is provided by the full bodywork.

Not only is the CBR125R inexpensive to buy, but it’s extremely economical to operate, sipping dead dinosaurs at the rate of 2.5 L/100 km.

The 10-litre tank ensures owners won’t be on a first-name basis with their friendly service station attendant.

Sailors don’t hop on an America’s Cup yacht when they’re learning to sail and skiers don’t zip down a double diamond run the first day – so why do we keep throwing inexperienced motorcyclists into the deep end by pushing them towards a 600 sportbike or a 750 cruiser?

Yes, the CBR125R is a good deal for newbies. As well, those who have graduated from the course in years past but haven’t yet bought a bike should seriously consider one. It’s easy to operate, non-intimidating, economical and an absolute hoot.

More important, new riders will actually be able to focus on learning to ride properly rather than just surviving on a motorcycle that’s way out of their league. 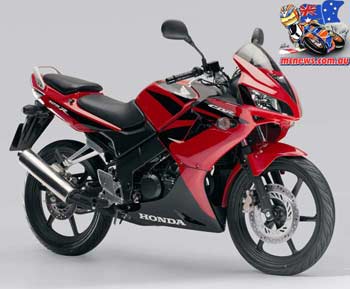 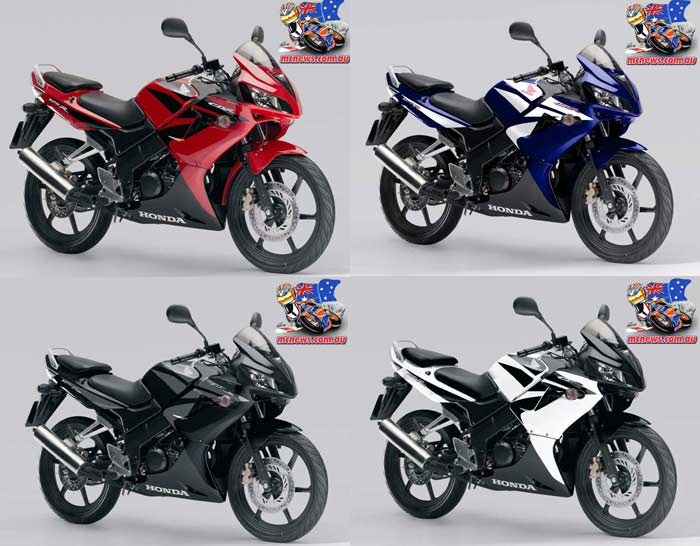 A different way to scoot