Josh Hook headed up a Team Honda triumvirate at the top of the timesheets after the second and final qualifying session for Australian Superbike today at the opening round of the 2014 Superbike World Championship.

New Zealander Sloan Frost (1:35.964) will start from sixth in the 34-strong pack, riding the BMW S 1000 RR that was originally intended for Glenn Allerton before he was commandeered for world superbike duties as a replacement for injured Frenchman Sylvain Barrier.

Starting the racing season in style at the World Superbike Event, #34 Josh Hook was fastest today in Qualifying 2 for Australian Superbikes onboard his Honda CBR1000RR SP.  Fellow Team Honda Racing Superbike stars, #27 Jamie Stauffer and reining Australian Superbike champion #1 Wayne Maxwell were close behind with Stauffer posting a fastest lap time of 1:33.351 sec and Maxwell a 1:33.803 sec onboard his Motul Honda CBR1000RR.

Wet conditions throughout the morning saw the team decide to play it safe and sit both Practice 2 and Qualifying 1 out in the hopes of better weather this afternoon for the second Qualifying session.

Thankfully, conditions cleared this afternoon and the Hondas took to the Phillip Island Circuit to secure the top 3 places on the grid for the two 12 lap Superbike races.

Excited to begin the 2014 racing season with his first Pole in the Superbike category, Hook is positive, “It feels great to get Pole position and it’s my first on a Superbike so we’ll see how the races go over the weekend.  I’m definitely feeling strong.  Overall, it was a good day at the track despite the rain in the morning.  The CBR1000RR SP handles so well and the Pirelli tyres are working a treat so with some small changes overnight to the bike I am looking forward to the races.”

Stauffer was 2nd fastest in Qualifying 2 today and will start both races in P2 on the grid.  “I’m happy with the qualifying session today and a P2 start on the grid is strong.  The weather was not in our favour in the morning and we felt it best to play it safe although it meant just the 1 session today.  The Honda CBR1000RR SP feels great and I am looking forward to getting it into race conditions to see what I can do.”

On the Motul Honda and racing with the #1 plate this weekend, Maxwell will start both 12 lap races from P3 on the grid.  “It would have been great to have more track time today of course, but we can’t control the weather and the afternoon qualifying session did give us an opportunity to try a few things with the Honda CBR1000RR so with a tweak overnight I know we will come off the start line strong tomorrow.  I’m disappointed not to start the year with a pole position, but we’ll see how the races go over the weekend.  I feel confident that the Motul Honda can bring me a win at Phillip Island this weekend.” 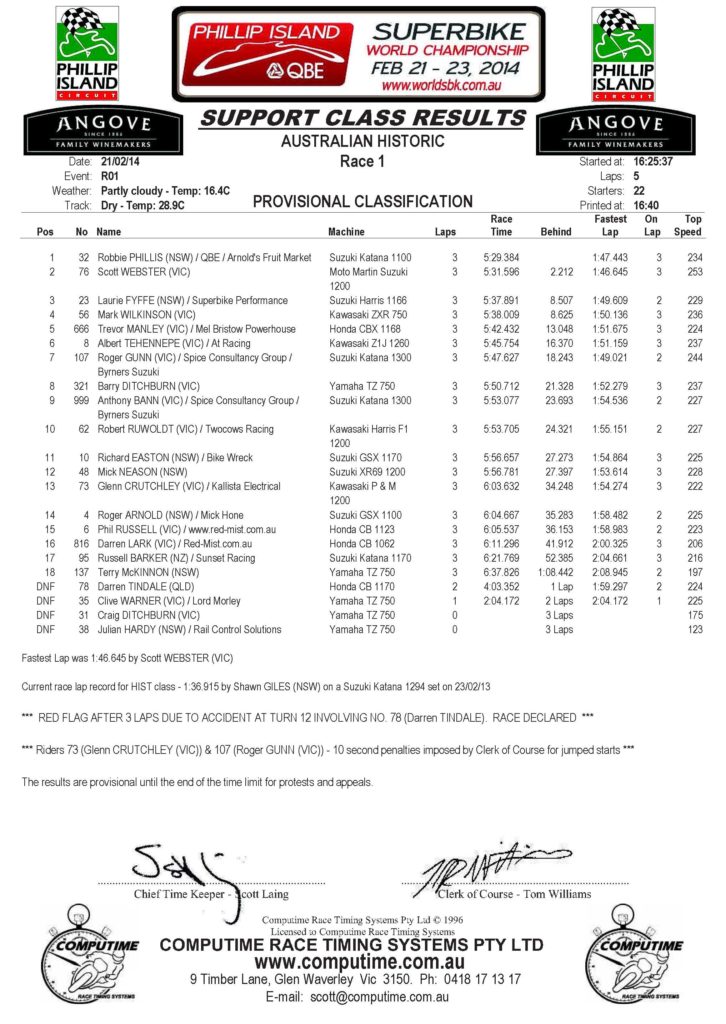