Entries for the 2014 Isle of Man TT Races fuelled by Monster Energy, closed at the end of February with a strong, high quality field confirmed for the 2014 meeting.

The Dainese Superbike, Royal London 360° Superstock, Lightweight and Monster Energy Supersport categories were all over-subscribed and a star-studded group of riders will line-up at the end of May while the Formula Two Sidecar class will see over 60 outfits on the grid.

An impressive sixty-six of this year’s solo riders have already lapped at more than 120mph promising not only strong competition at the front of the field, with all the leading riders confirmed to take part, but also strength in depth. It also meant for any rider being awarded an entry they’d be in possession of a coveted and prized asset and gave organisers the tough decision of having to turn down a number of riders who may previously have received an entry in years gone by.

The renaissance of the Formula Two Sidecar class on the Island continues with an entry again numbering over 60, nine of whom will be newcomers. Having missed out on victory last year 16-times winner Dave Molyneux, again with Patrick Farrance in the chair, will be eager to add to that tally.

Last year’s first time race winners, former World Champions Tim Reeves and Ben Birchall, who will again be partnered by Dan Sayle and Tom Birchall respectively, will be looking to at least double their haul whilst John Holden and Andy Winkle will be hoping to add to their solitary success in 2011.

Conrad Harrison and Mike Aylott, perennial bridesmaids, are back for another attempt following their podium last year, as are Gary Bryan/Jamie Winn, Karl Bennett/Lee Cain and Frank Lelias/Paul Knapton. Ian Bell, Nigel Connole, Carl Fenwick and Vince Biggs are four high quality drivers to make returns to the Mountain Course after a long absence, while the strong tally of 9 newcomers include Alan Founds/Tom Peters, John and Jake Lowther and the Australian father and son pairing of Dwight and Noel Beare.

The lightweight class, for Supertwin machines, has again seen an increase in entries with over 80 received, including former race winners Hillier and Farquhar, Harrison, Rutter, Michael Dunlop, Lintin, Hamilton, Johnston, Guy Martin and Amor. Gary and David Johnson and Dan Cooper should make stronger impressions on the Chinese WK machines while Cowton, Olie Linsdell, Wylie, Hunt and Rider Liaison Officer John Barton should also feature prominently as should Roy Richardson who makes his return to the TT after a two-year absence.

Paul Phillips, TT and Motorsport Development Manager, Isle of Man Government, believes that the entry list will see records tumbling again – “Not only do we have an increasingly impressive entry list at the front of the grid, with all the leading contenders competing and significant commitment from the leading manufacturers but we also have a incredible strength in depth throughout the field.”

He continued: “120mph plus laps are fast becoming the minimum benchmark at TT in the 1000cc classes with high calibre newcomers quickly demonstrating their ability on the roads. I expect this year’s races not only to again have thrilling finishes with races decided by split seconds but to also see solid performances from a talented group of newcomers. It’s also encouraging to see such strong entries for both the Sidecar and Lightweight Races.” 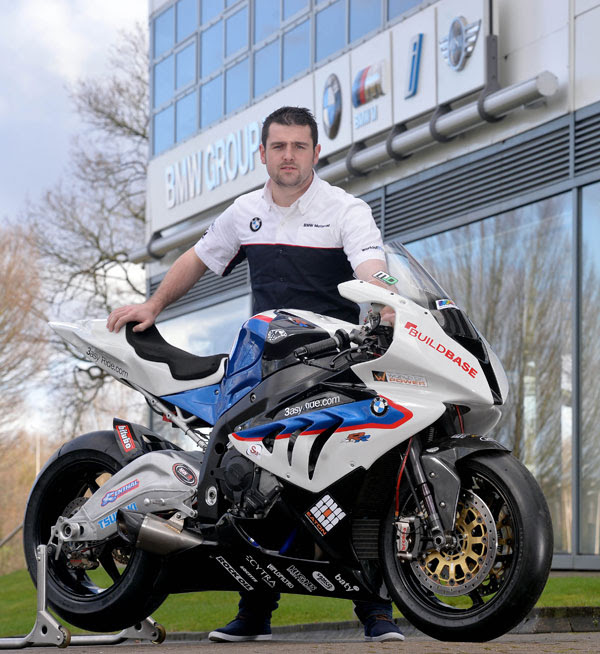