The first of today’s two lap races saw Team America shrug off some of their mechanical gremlins and rise to the fore.

Saturday though saw problems for Craig Ditchburn whose TZ750 cried enough on the opening lap at turn two. That failure resulted in Michael Neeves, Scott Webster, Brendan Wilson and John Allen all ending up on the deck in the melee.

While there was some significant machine damage the riders somehow got away with all their bits still working.

Officials brought out the red flag and after a delay riders were again under starters orders for a full six-lap re-start.

The pace was very hot amongst the leading trio in the opening stanza with Alex Phillis recording the fastest lap of the race on the final lap, but it was not enough to prevent Josh Hayes from taking the win by a tenth of a second over Phillis. Metcher only another bike length behind in third after what had been a great contest.

Larry Pegram got the better of Steve Martin for fourth place while David Johnson scored a sixth place finish on the Carl Cox backed Katana.

The fastest top speeds were recorded by the fast but fickle CMR FJ Yamaha’s of Team America with Michael Gilbert topping the speed charts at 280 km/h.

Clearly it was game on for International Challenge honours with Team America having a great start in the event and 44-year-old Josh Hayes showing his fine pedigree had not lost much of its shine. The wily four-time AMA Superbike Champion also showed his race-craft had not deserted him as he managed to edge out both Phillis and Metcher for victory in the final stages of the race.

Riders gridded up for the second and final six-lap bout of the day just after 1400 on Saturday afternoon. The weather was glorious with blue skies and ambient temperatures in the mid 20s and track temperature hovering around 45-degrees. Perfect.

Jed Metcher scored the holeshot ahead of Alex Phillis and David Johnson and that Aussie triumvirate were being closely pursued throughout the opening lap by American’s Josh Hayes, Michael Gilbert and Larry Pegram.

Hayes put a fantastic move on Johnson for third place around the back of the circuit.  As they crossed the stripe for the first time Phillis was leading the way from Metcher and Hayes. David Johnson then retired at turn four with yet more problems with the Carl Cox Katana.

Phillis and Metcher then pushed each other hard throughout lap two, no quarter given by each and no team orders, any doubt as to whether they were going to put it all on the line for glory was clearly dispelled as it was elbows out.

Josh Hayes dropped in a 1m36.957s to close up to the Aussie duo and it was again going to be these three men that would fight for the win.  Fourth placed Larry Pegram was three-seconds behind at half-race distance but was going to score a 15-second penalty for a jump-start, Shawn Giles also copping the wrath of the stewards for the same offence.

Hayes got the better of both Phillis and Metcher with two laps to run and immediately pulled a couple of bike lengths over his much younger foes.

Josh Hayes got the last lap board with his lead now a full-second over Phillis after the American dropped in yet another 1m36s lap, a 1m36.913 to be exact, the race was now his to lose…

Hayes though got a false neutral heading down the box towards turn four and had to take the escape road, allowing both Phillis and Metcher to pass him unchallenged. Larry Pegram and Steve Martin also sneaked past the recovering Hayes to rub yet more salt into the wounds, pushing Hayes back to fifth.

Phillis the eventual winner by almost four-tenths of a second over Metcher and while Pegram crossed the line in third place that jump-start penalty would relegate the American back to 11th place, promoting Steve Martin on to the race podium which made it an Aussie 1-2-3.

After the race Team America successfully protested the jump-start penalty for Pegram and he had his third place reinstated.

Hayes was gutted with his result, telling me he had been so careful with his shifts all race and had been extra cautious on that final lap as he knew he had a reasonable lead. After getting the machine stopped and trying to recover he then found the machine still stuck in top gear! Not one of his many attempted downshifts had been successful thus he lost yet more time getting go again.

The remaining two six-lap races that will decide the results of the International Challenge will be staged on Sunday with yet another perfect day forecast by the weather gods that are clearly blessing the 2020 Island Classic. Hayes has shown he has the speed to win on Sunday and there are only three-points separating Team America from International Challenge leaders Australia heading in to the final two bouts tomorrow. Game on. 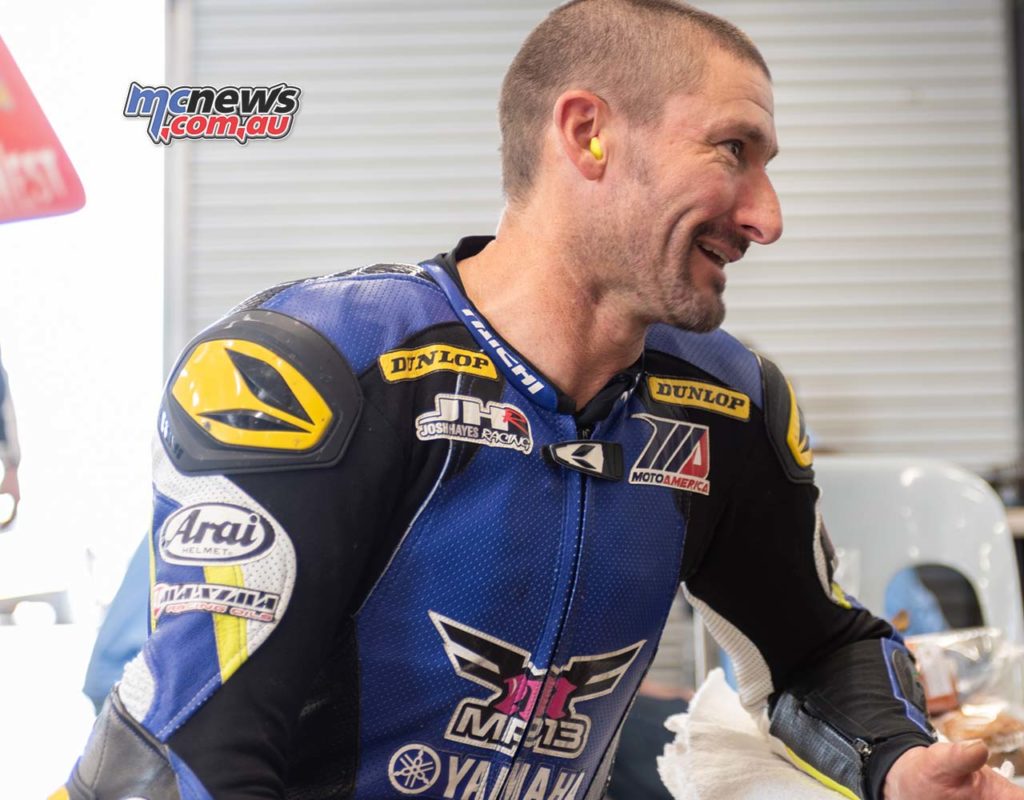