The official Kawasaki Racing Team WSBK launch took place on 5th February under the central dome of the Mercat de les Flors building near the centre of Barcelona, Spain, with the new season Ninja ZX-10R and 2015 riders Tom Sykes and Jonathan Rea presented to the world for the first time in their new colours.

In one of the style and culture capitals of Europe the entire KRT team, plus guests, sponsors and supporters took the covers off of their full 2015 plans and material with red carpet guests surrounded by Kawasaki motorcycles, team trucks and the impressive twin level Hospitality unit that the team takes to every round in Europe.

Video of many of the team’s 2014 achievements, and 2015 winter tests sessions, mixed with presentations and speeches from the stage, formed a multifaceted spectacle during the evening.

The new colour scheme of the 2015 Ninja ZX-10R racebike, featuring prominent Monster, Motocard, Elf and other sponsors’ logos was unveiled near the end of the presentation by Sykes and Rea, with the bike having been hidden inside a glass box for most of the evening.

Two special awards were also made, with Tom Sykes’ winner’s trophy from Donington Park in 2014 being presented to Motocard and his Misano race winner’s trophy going to a representative of Elf.

Guim Roda, KRT Team Manager, commented: “Today is a very special day for us because we are starting a new year and the best way to show this is to share it with other people. We want everybody to join this project together to achieve all the results we work to achieve. We have a special relationship with Kawasaki, working with them for many years and in 2013 winning the title, and finishing second last year. We have consolidated this project together with Kawasaki and we are very happy to have the confidence of a company like Kawasaki. Confidence not only the team but also all the people who contribute, especially the suppliers who help us make this job.”

Steve Guttridge, Kawasaki Europe Race Planning Manager, commented: “I am representing Kawasaki Europe tonight and we could not be any more proud to be associated with this team. It is our most professional team and to be here in Barcelona, having nearly won the title again last year is an achievement in itself.

“Before we go into 2015, we must remember that we did actually win the SBK Evo Championship last year with David Salom and KRT, which was a fantastic feat in itself.

“Tom won so many races last year that it was a credit to the team that they all worked so strongly together. This is great for Kawasaki’s marketing. We have to reinforce that this is the very premier level of our promotion so everything we put into this project is at the highest level. We cannot thank the Kawasaki factory enough, their top engineers and their innovation is keeping the bike at the very top level to beat our competitors. That innovation and technology goes back into our production bikes as well.

“Thanks to the riders, they push to the maximum at every test and every race. That’s what we expect of them and they do a really great job.

“I would like to take this opportunity to welcome our newest rider Jonathan Rea into the ‘Team Green’ family. I know he feels very welcome and has bonded with the bike. We are expecting really great things from him. And again to ‘Mr Kawasaki’, Tom Sykes. We want him to regain that title and have a fantastic year again.

“Thanks once again to our key sponsors, Elf and Motocard, who have followed us from the very big beginning. They trusted in the fact that we could become winners – and we have become winners. We really appreciate that. I would like to thank our newest sponsor Monster Energy. It is a new venture and is going to expose the team to a great level.”

Yasuhisa Okabe, Kawasaki Heavy Industries R&D Department, commented: “It is my great pleasure to have the Kawasaki Racing Team 2015 launch here today in Catalunya. Three years have passed since we have established the team here and the President of Kawasaki’s Motorcycle division always says to us that we need four elements to win races. Firstly good riders. We have those. Secondly a good team. We have that in the capability of Guim Roda and his staff. They were in the Kawasaki family even before the Superbike days. Thirdly you need a good bike, needless to say. Lastly you need good sponsors and many Catalan firms have helped us. Kawasaki is aiming to achieve the pinnacle of technology through racing, so let’s get there together.” 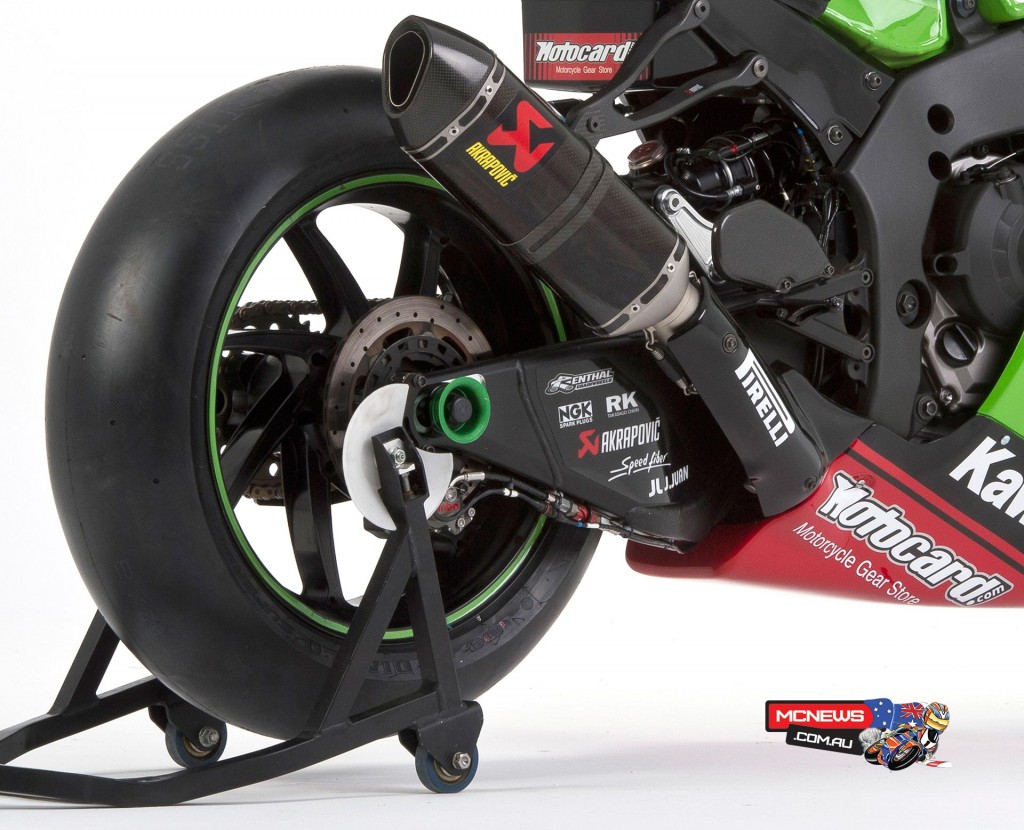