This is arguably the bike that heralded the coming dominance of two-strokes in the premier 500cc GP class – the König.


I can recommend reading this article: König 500 GP – Outboard-Powered Underdog, for an excellent history of both the development of the bike and Kiwi rider/mechanic Kim Newcombe whose story is integral with it.


This particular bike is an extremely accurate replica of Kim’s 1973 mount, built by the well known Victorian mechanic/fabricator/rider Rod Tingate – who was Kim’s race mechanic back in ’73. An original motor was donated by Dieter König after Kim’s death in ’73.

The gearbox, waterpan, tank and rear brake were purchased from the factory at a later date. Rod built the chassis using the original factory drawings.


According to Dieter, Kim’s bikes were dismantled and the motors were used by hydroplane racers so this machine is most likely the closest to his race bikes in existence. 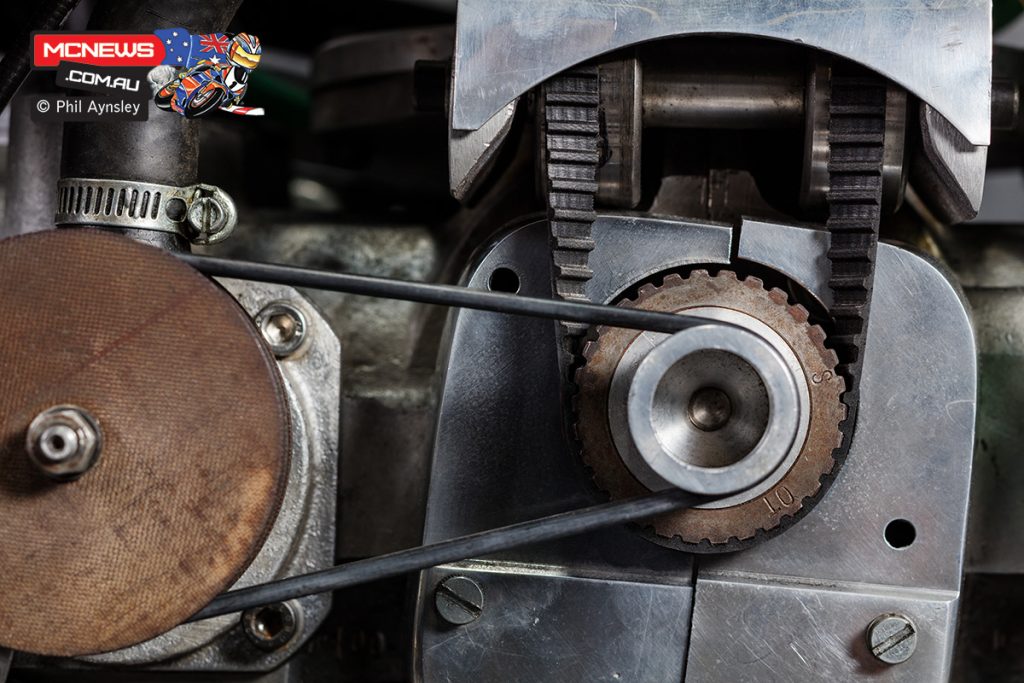 Rod had made the seat stickers and race numbers back in ’73 and Kim’s wife Janine was able to provide the original pattern, as well as the original sponsor stickers, she had kept since then.


DISCUSS ARTICLE IN OUR FORUM