by Trev
in KTM, KTM News, Latest Bikes, Motorcycle News
A A
Share on FacebookShare on TwitterShare

With the impending release of the KTM 1290 Super Duke GT, the Austrian brand effectivley reinvent the original and brilliantly entertaining 990 SMT, a model that I found fun and versatile enough to buy myself. Thus the level of W-A-N-T inside me for this more versatile version of the epic 1290 Super Duke is profoundly disturbing, in fact it has already moved from ‘WANT’, to ‘NEED’.

Likewise the claimed torque figure of 144Nm is shared across both models, but the peak again achieved 1,000rpm lower, the GT producing maximum torque at 6,750rpm.

The two models run identical gearing and chassis geometry but the GT scores a quick-shifter as standard. 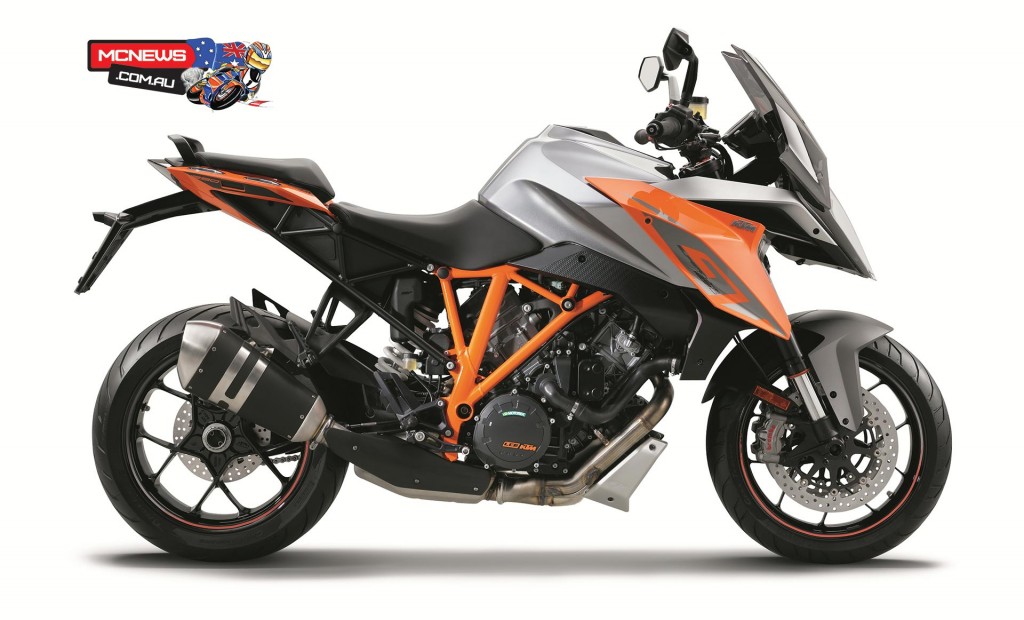 A lengthened and strengthened rear sub-frame more conducive to carrying a passenger, and/or the optional hard panniers attached to the close-fitting integral pannier mounting system, will make luggage carrying a breeze.

The excellent WP semi-active electronic suspension system first seen on the KTM 1290 Super Adventure also make it across to the 1290 Super Duke GT, as do the LED cornering lights first introduced on that model. 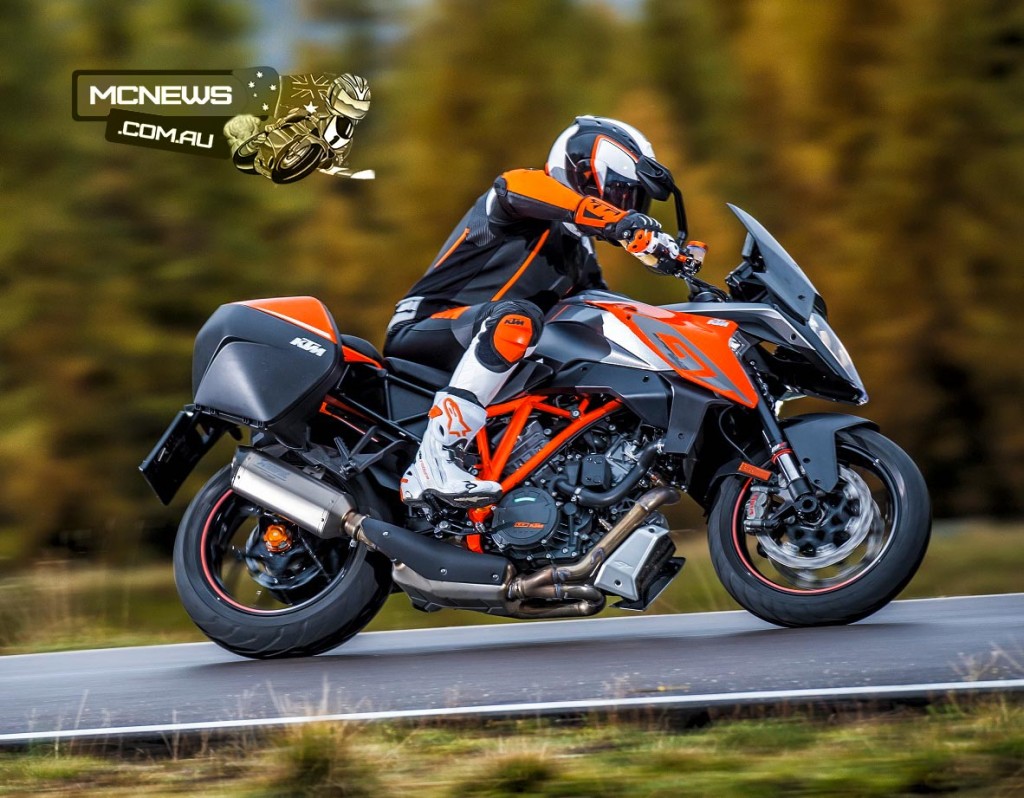 All this extra gear has predictably fattened the machine up from its Super Duke R roots, dry weight going from a claimed 189kg to 205kg. A small price to pay for such improved all-rounder amenity I think. KTM are claiming a wet weight, complete with 23-litres of fuel, of 228kg.

Of course with KTM now at the absolute forefront of motorcycle technology the Super Duke GT also scores excellent lean angle sensitive ABS and traction control systems, both of these systems are the next generation on from the technology seen in the Super Duke R.

The KTM 1290 Super Duke GT is expected to arrive in Australia around May, 2016, with a price yet to be announced. 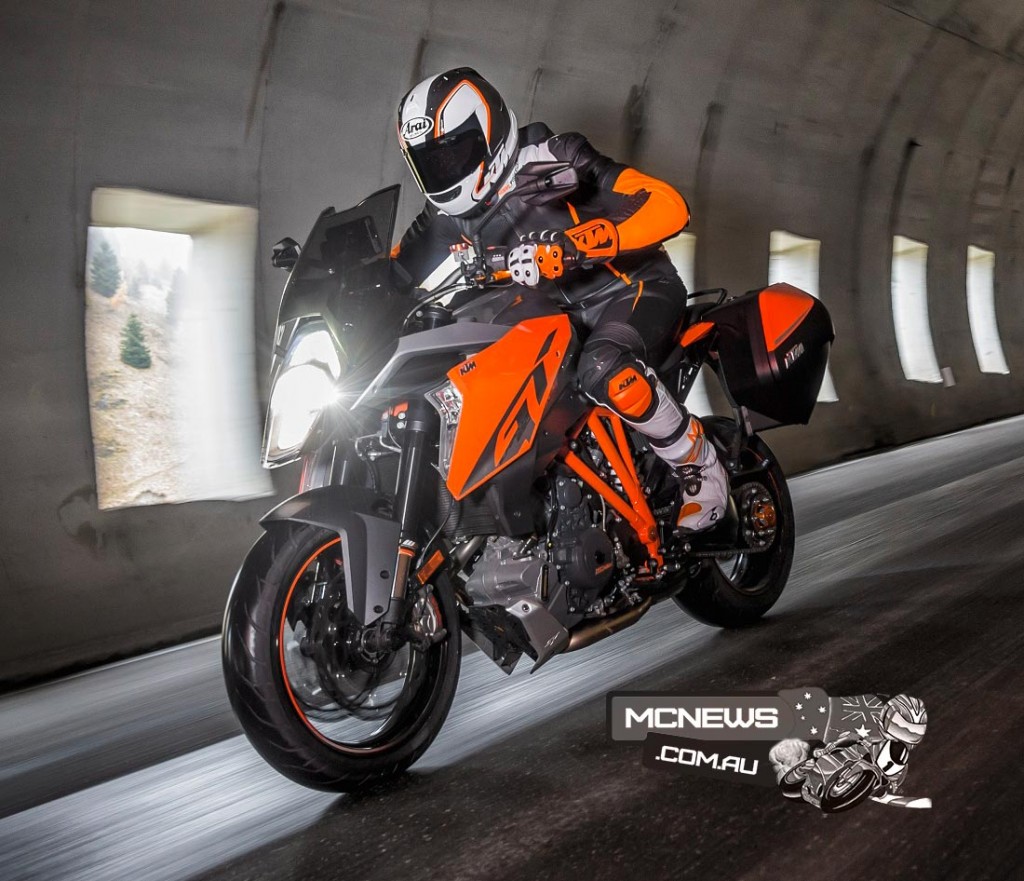 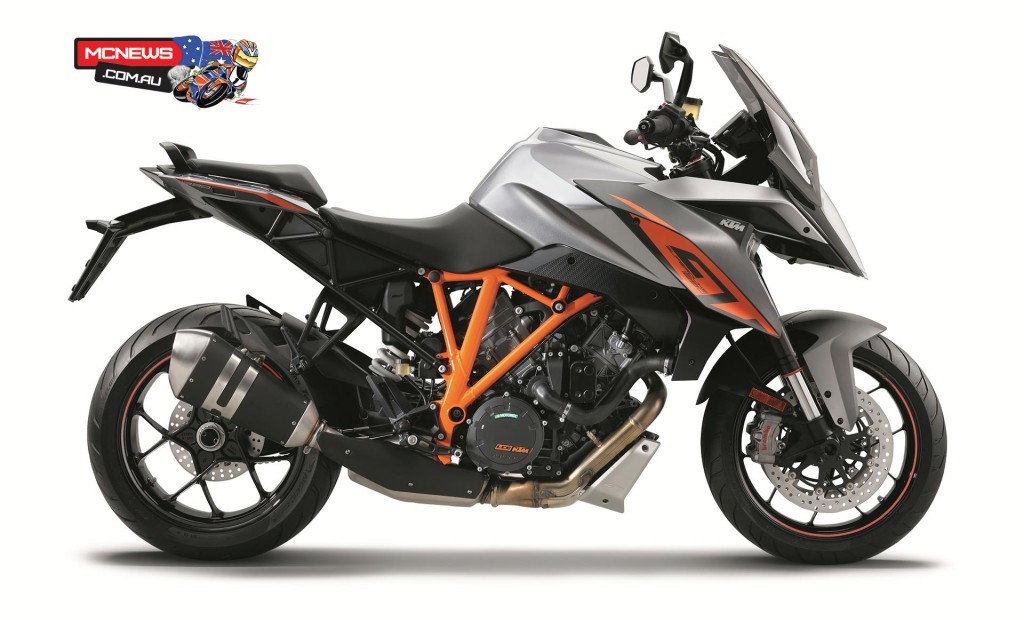