The Ducati Team, with riders Jorge Lorenzo and Andrea Dovizioso, has concluded a two-day test at the Circuit de Montmelò on the outskirts of Barcelona in preparation for the Catalunya GP, round 7 of the MotoGP World Championship, which will be held on this track in two weeks’ time. 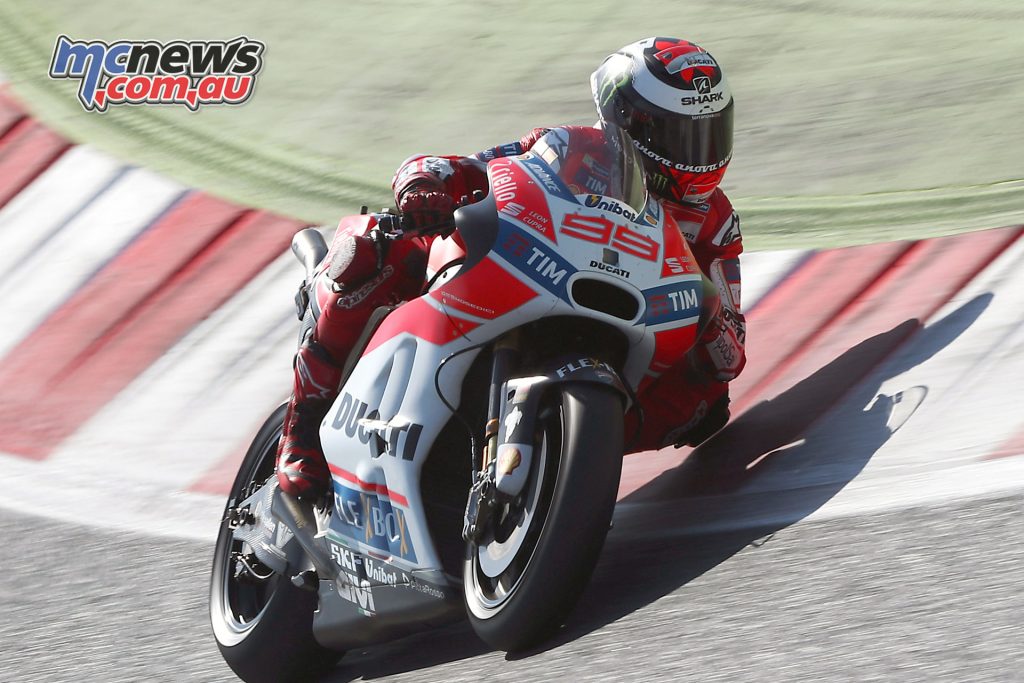 “It was a very interesting test. In two days I did about 150 laps, notching up a lot of kilometres and we found some positive solutions. I was also the fastest Ducati rider on both days. Overall we are competitive in every sector, but we are still losing a few tenths in the final part and so we will have to improve here in view of the race. As for the front tyre, Michelin have done a good job, bringing a couple of tyres that resolve the problem of graining on the right side, but we still have to find a solution for the rear.”

Also on track since Monday was the Ducati Test Team with Casey Stoner and Michele Pirro. The Australian champion only tested on Monday and then handed over to Pirro who completed the rest of the 2017 Ducati Desmosedici GP’s development work in the other two days. The Ducati riders concentrated mainly on the search for an optimal set-up for the Catalan race. 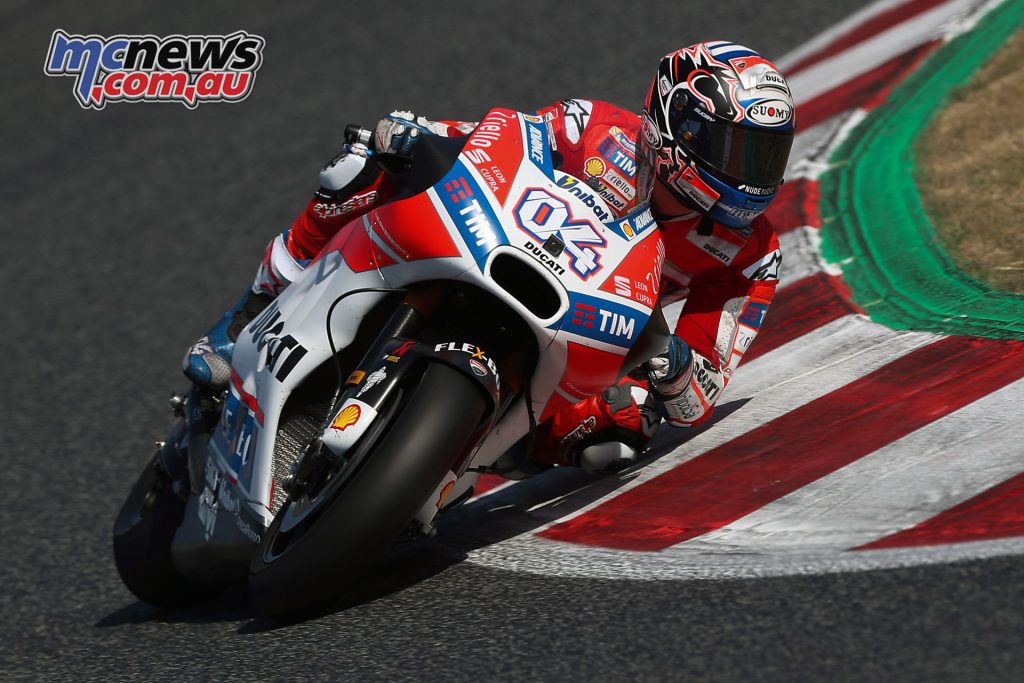 “We did a lot of laps in these two days of testing, with temperatures that should be similar to what we will find in the race in a couple of weeks, and it was important because in the last few years we’ve always struggled at this track. My fastest lap was not so fast but we are not too bad with our race pace. It was also important to come and get an idea of the front tyre wear; Michelin brought several tyres to try and we found some good solutions. The track, after the modification to the chicane, is not as nice as before but it is safer now.”

The Montmelò track that will be used in June has been slightly modified at Turns 14 and 15 since last year and is now similar to the one used for the Formula 1 race.

Dovi extends test contract with Aprilia ahead of ‘possible return’