It’s been an extended summer break for Road Race competitors in the Pirelli Southern Downs and Qld Road Race series due to the late opening of Morgan Park Raceway for the 2017 season.

The twisty 3km circuit already loved by racers for it’s challenging and varied layout has been completely resurfaced and lap times have already started to drop as racers got to grip with the new surface at the Masters of Morgan Park.

The rescheduled opening event of the four-round championship takes place at Morgan Park Raceway on June 17 & 18th with classes for all capacities and types of road race machines, including supermoto bikes on a new and improved dirt section.

With over 150 competitors already entered and race grids at capacity in some classes, the competition just to score points will be hotter than ever.

Round 1 also features a round of the GP Juniors Australia championship, where the stars of the future are born. The race weekend will be the culmination of four days of training for the junior competitors who are spending two days on the dirt at Garry McCoy’s GMC Cooyar training facility, before moving to Morgan Park Raceway for two days on the Tarmac, all at no cost to the riders.  The Motorcycle Sportsmen of QLD and GMC Cooyar are proud to support junior development in road racing.

The combined nature of the Pirelli Southern Downs and Qld Road Race series means that two classes take centre stage each round to compete for points in the Qld road race championship,

The first round of the year plays host to two classes from different ends of the capacity spectrum as the Superbike and Production competitors open up their championship campaigns.

Last year’s Qld Superbike champion Ryan Yanko will be aiming to repeat his championship success but will be pushed hard by Andy Fisher and Ben Lowe aiming to improve their championship runner up status last year.

A new name to watch for this year in the superbike class is Anthony Quinn, the long-time Supersport rider making his first appearance on the litre bikes, Quinn is a proven performer on the 600cc machinery it will be worth watching how he adapts to the heavier and significantly more powerful Superbikes.

It’s hard to imagine anyone dethroning class incumbent Simon Dickson in the Production class for 250/300cc machines, the small bike specialist has made this class his own in recent years but some new names in the class and a full grid of 36 bikes are sure to throw up some surprises. 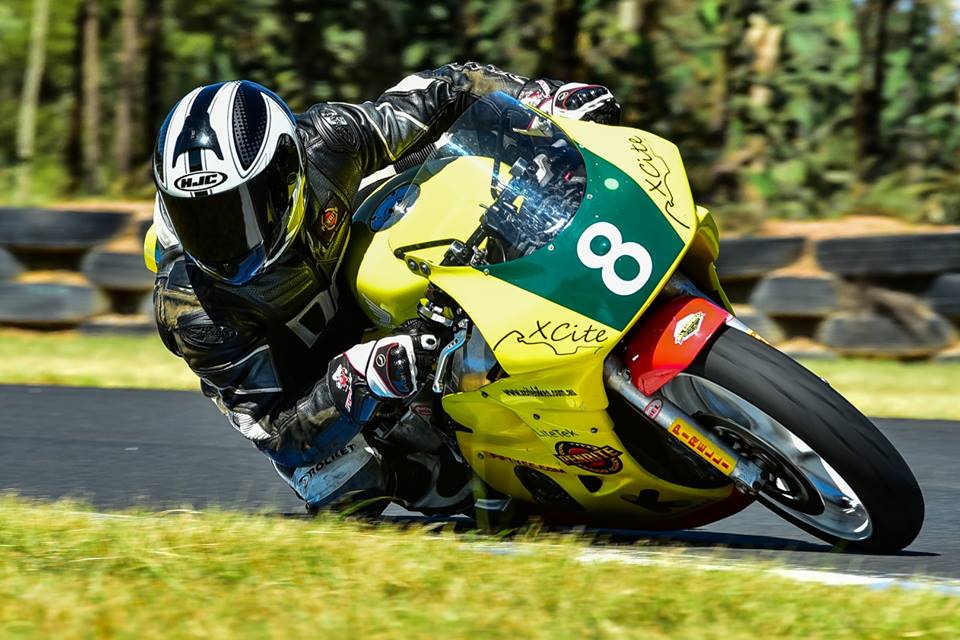 Kieran Mcgeown will be pushing hard to advance his standings from third place in the championship last year but perhaps the biggest threat to Dickson comes from Locky Taylor, a multiple race winner in the Moto3 class, now Kawasaki Ninja 300 mounted for 2017, Taylor is young, fast and hungry and will be a force to be reckoned with once he gets to grips with the less sophisticated handling of the production machine.

Entry is free for spectators, Morgan Park Raceway has plenty of vantage points and free pit access, the action begins with qualifying on Saturday morning, races begin on Saturday afternoon and continue all day Sunday.

Morgan Park Raceway is situated on the south of Warwick, a scenic drive or ride from East coast destinations.