More than 20 years since Suzuki first introduced the hugely successful RMX250 the Japanese brand has reinvigorated the RMX nomenclature for their all new RMX450Z enduro weapon.

Suzuki has done a lot more than slap on a set of lights to take their most formidable four-stroke dirtbike from the track to the bush.

Changes to the drivetrain include a lower compression ratio (from 12.2 to 11.6), milder cam profiles, 5˚ less ignition advance, wider transmission ratios and the addition of a generator to power the electric start system. The cooling capacity is 25% larger to cater for low speed bush work but the RMX makes do with the same 6.2 litre fuel capacity as its motocross cousin. Obviously that is nowhere near enough for a day in the bush and many will rule out the RMX on that criterion alone.

Modifications to the chassis are more prolific. Slightly shorter in both length and height than the RM-Z motocrosser the RMX runs less trail (down from 130mm to 122mm) and a steeper head angle (from 29.4˚ to 28.1˚).

An 18 inch rear rim allows for more sidewall to help soak up those nasty rocks and logs all too often encountered in the bush.

The RMX tips the scales at 123.5kg ready to roll with a full tank of fuel. The generator, battery, instrumentation, lights and other ancillaries adds an 11kg weight penalty over the RM-Z.

Suzuki has added a small bash plate to protect the lower part of the frame down-tube but have not fitted handguards or any engine case protectors. Both of these would be very wise additional investments for anyone heading bush as the gear and brake levers are poised perfectly to punch holes through the engine covers in the event of an awkward fall.

Our departure point for the loop was in quite bright sunshine so I didn’t think the lightly tinted lens in my goggles would be a problem. After the first small water crossing it was straight into thick single-track bush and I could hardly see a thing despite the RMX having a 35 watt headlight!

Even after swapping to a clear lens so I could see where I was going the tight nature of the loop never required the engagement of the top two cogs in the widely spaced five-speed gearbox.

The engine pulls well from low rpm but can stall if drive is not balanced with some judicious use of the clutch. Unlike most fuel-injected machines the RMX requires some positive throttle application to start off the button.

Once the clutch is out and you hit the throttle you are quickly reminded that this is no soft option trail bike.

The RMX idles at 2000rpm and hits hard from 3000rpm. Dyno charts show that between 3000 and 4000rpm the torque output of the RMX nearly doubles before the torque curve becomes a little more manageable as revs build. That hit of grunt is great for lifting the front over obstacles but also requires fine control. It is easy to stall or alternatively get a large hit of grunt if your clutch hand doesn’t catch it then your throttle control better be up to scratch.

In the mid-range and upwards the RMX engine is easier to control. Despite producing nearly 50hp from 7000rpm right through to 10,000rpm the softer torque hit and more linear delivery makes the top end really quite user friendly. Riding in lower gears with more revs onboard made this average trail rider feel more in control of the RMX.

Front wheel deflection is a trait all trail riders hate, particularly those firmly in the non-expert ranks. Thankfully the RMX tracked true on trails littered with rocks and debris that could easily have upset a less stable front end. The bike feels nicely balanced and the suspension adept.

The brakes do the job with a minimum of fuss although I can imagine hard bush chargers might want to add an over-size front disc. The standard 250mm disc with two-piston caliper feels a little wooden at first but firms up through the stroke of the lever.

The RMX was fitted with new Dunlop GeoMax MX51 tyres and while the rear hooked up impossibly well the front did not inspire the same level of confidence. Perhaps more time with the successor to Dunlop’s legendary D756 hoop would have changed my opinion but the front repeatedly nibbled and tucked on the test loop. The front always recovered so perhaps it was a feel thing, but it never seemed to get much better during my half a dozen loops.

In the garage the RMX is not as maintenance intensive as many comparable machines. Oil changes are advised every 1000km with filter changes required every 2000km. Two oil screens also need to be inspected and cleaned every 2000km. The total oil volume is 1.2 litres and the gearbox effectively acts as the sump. A hinged airbox lid makes air filter access simple. Valve clearances should be checked every 2000km and while Suzuki’s servicing guide makes no mention of piston change intervals a wise owner would at least strip and inspect the piston and rings approximately every 60 hours.

Suzuki’s new RMX450Z marks a new hard-core entry to the enduro market. Suzuki already rules the roost in the softer end of the big bore trailbike market with the incredibly successful DR-Z400E. The RMX450Z gives Suzuki a hard-core enduro offering for the first time in many years and will go head to head with the likes of Honda’s CRF450X, Yamaha’s WR450F, KTM’s 450 EXC, Husky’s TE450 and BMW’s G450X.

At $11,790 the RMX beats most of the high-performance opposition on price but there is one vital component that the RMX misses out on, ADR registration. The lack of registration means that the RMX can legally only be used on private property. Victorians are lucky enough to have access to a recreational registration scheme that makes the RMX a viable offering for that sizeable majority of riders that ride in State Forests but those in other States are severely restricted as to where they can ride the RMX.

And for many that lack of registration immediately puts the RMX out of contention. This is a great pity as the Suzuki looks the business and goes like the clappers, but if you can’t ride it where you want to, that doesn’t really matter… 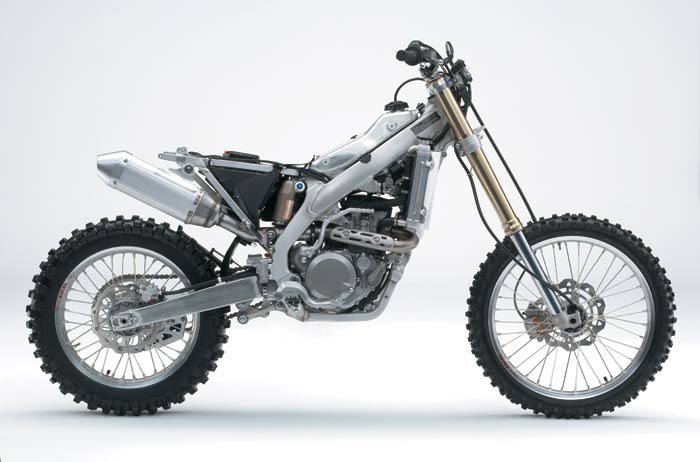 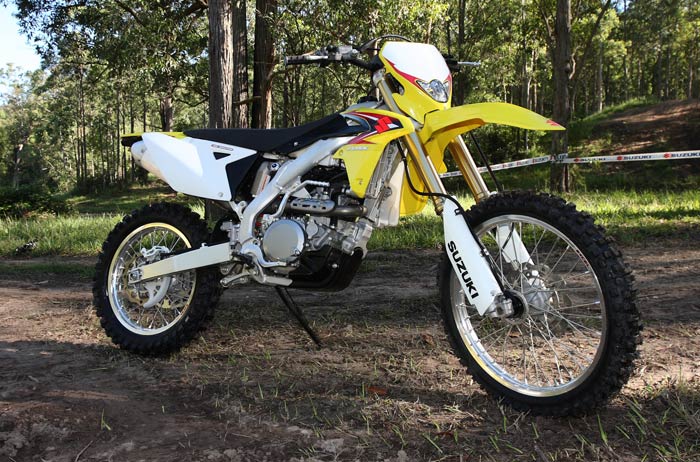 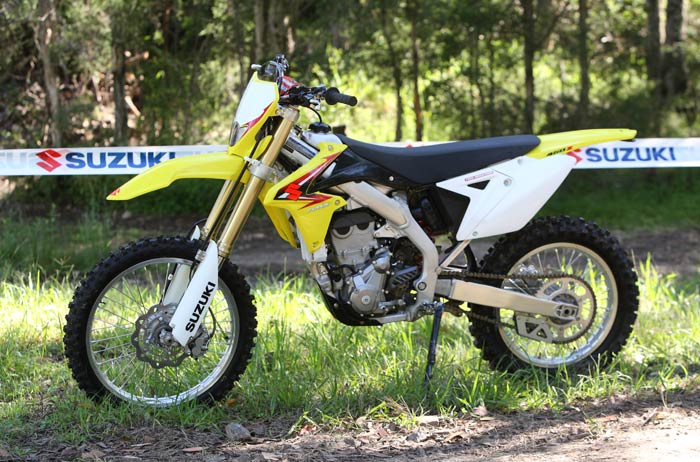