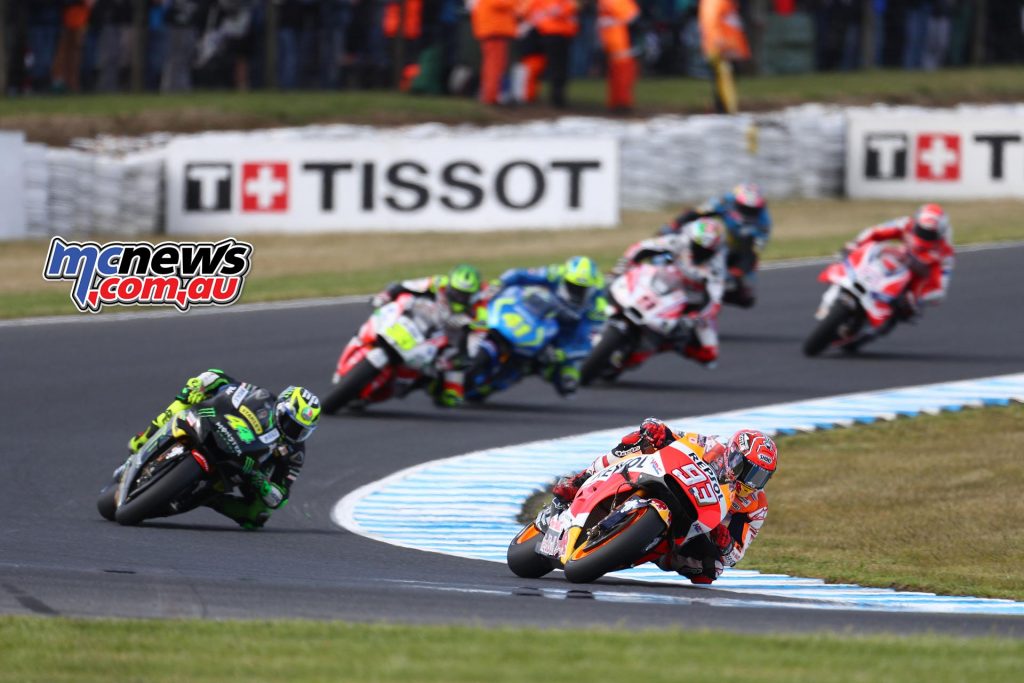 Starting from second on the grid Crutchlow chose the hard-front Michelin Power Slick – paired with a medium rear – and the Honda man made a steady start as he put heat in the hard front tyre. Pol Espargaro (Monster Yamaha Tech 3) made the holeshot from the line, before he was passed by newly-crowned champion Marc Marquez (Repsol Honda), Crutchlow crossed the line in fourth at the end of the first lap, as Marquez set about building a lead. 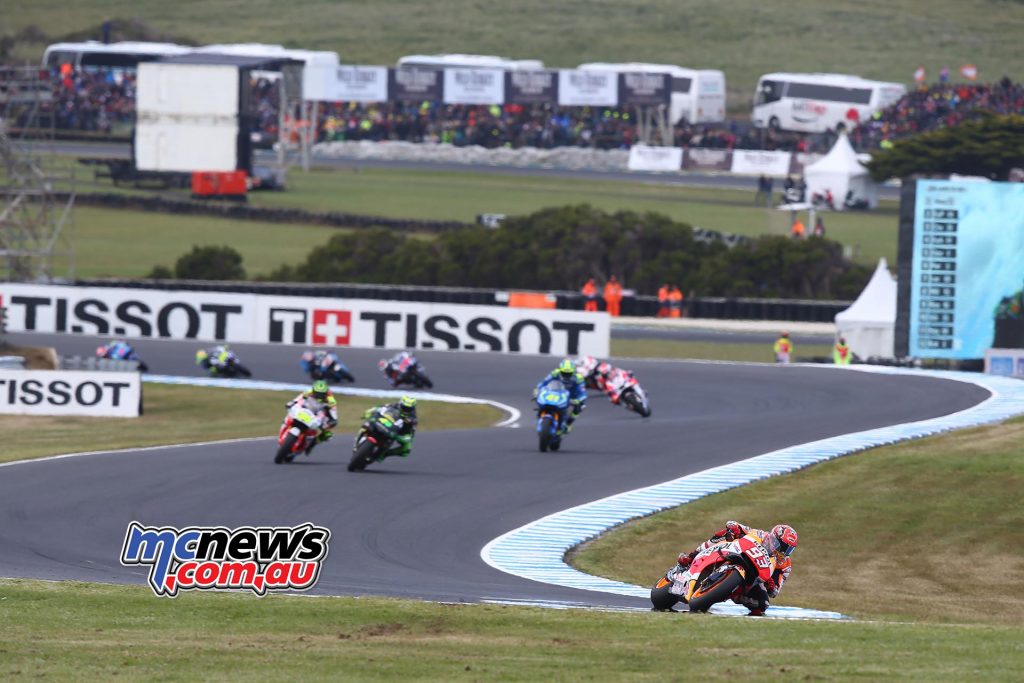 The British rider then moved into contention as he chased down and passed the riders in front of him, cutting into the leader’s advantage and setting the fastest lap of the race in the process. Marquez had made the same tyre choice as Crutchlow, choosing the hard front and medium rear, but the Spaniard made a mistake on lap-10 and braked too late, causing him to hit the white line and crash. Crutchlow was now in the perfect place to take the lead and push at the front to strengthen his position, he did this and took the victory after the 27-lap race by a commanding four-seconds, taking the position of First Independant Rider at the same time and strengthening his overall lead at the top of that championship. 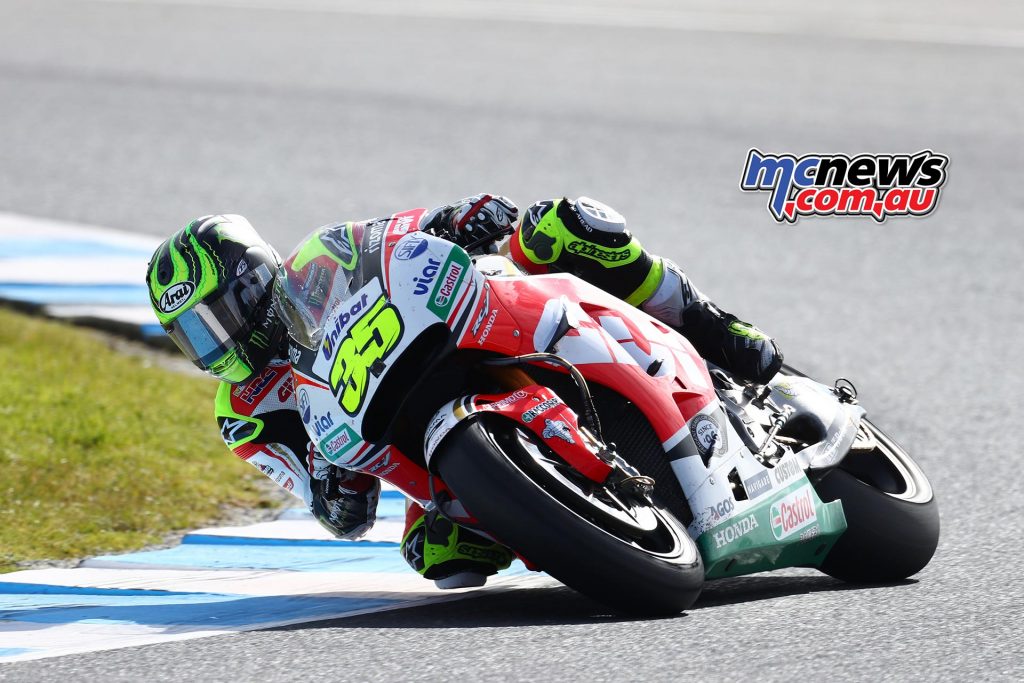 Following two days of awful weather that gave heavy rain and gale force winds, causing one of the free practice sessions to be cancelled, it was a relief for all to see blue skies and sunshine on race-day. With so little dry weather practice all riders had to make their tyre choices with the data from this morning’s warm-up. This resulted in all choosing the medium option rear tyre and the majority going with the asymmetric soft front, the exceptions being Crutchlow, Marquez, Maverick Viñales (Team Suzuki), Aleix Espargaro (Team Suzuki) and Jack Miller (Estrella Galicia 0,0 Marc VDS) who all opted for the hard asymmetric front. 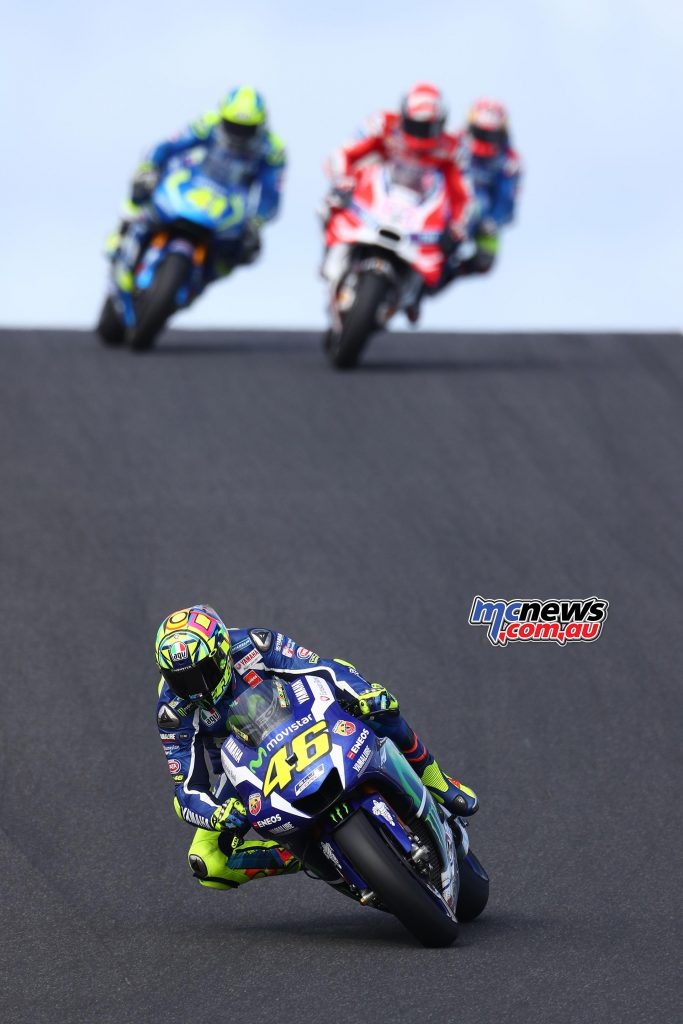 Joining Crutchlow on the next step of the Michelin podium was Valentino Rossi (Movistar Yamaha MotoGP), the Italian started from 15th on the grid and fought his way through to second after an exciting battle with several riders. Viñales had an equally exciting race as he made his way from 13th at the start to take a hard-fought final podium place, with Andrea Dovizioso (Ducati Team) fourth, giving a quartet of different manufacturers in the top-four. Early leader Espargaro came home in fifth, with Jorge Lorenzo (Movistar Yamaha MotoGP) sixth. An intense battle filled the remaining top-ten positions as Scott Redding (Octo Pramac Yakhnich) steered his Ducati to seventh, followed by Bradley Smith (Monster Yamaha Tech 3) in eighth. Danilo Petrucci (Octo Pramac Yakhnich) ninth and home favourite Miller taking tenth. 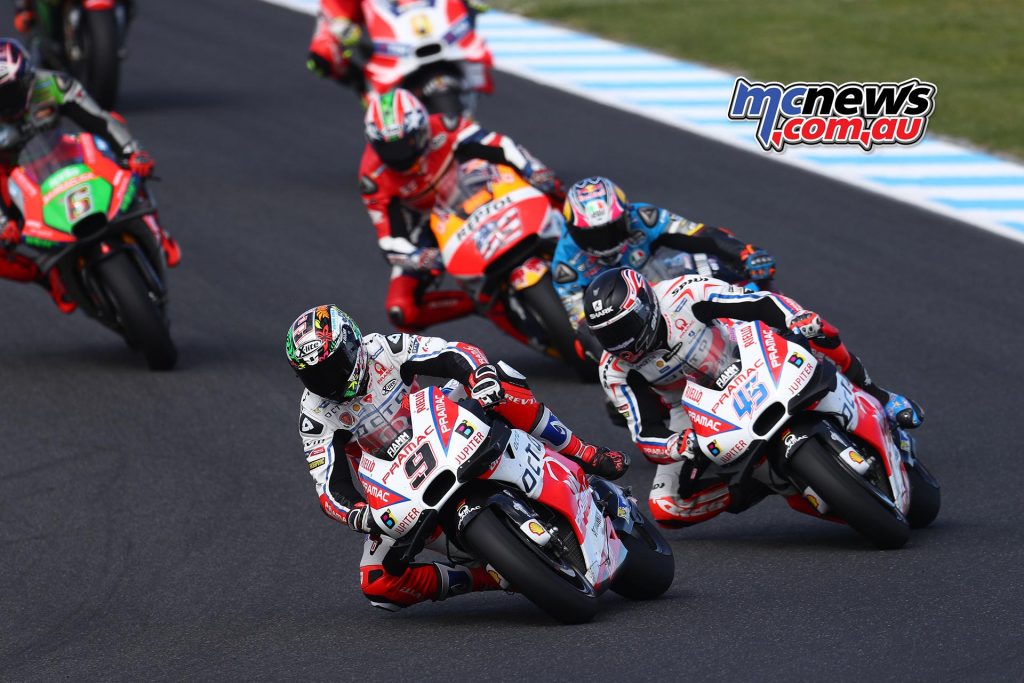 Michelin will now leave Phillip Island – the site of the first MotoGP race that it has been title sponsor at – and head to Malaysia for the 17th and penultimate round of the championship, due to be held on Sunday 30th October at the impressive Sepang International Circuit.

“Firstly I want to say what a good job Michelin has done here to let us set these lap-times after the long race and with not very much track-time over the weekend in the dry conditions, we are happy with the performance and the job they have done. We found some limit with the front, but it was a risk for the riders to use the harder tyre with the conditions and the track temperature. It was not a bad thing from Michelin’s side because they brought a good range of tyres, it is just that some riders choose the ones that shouldn’t be used in those conditions, like me I probably should have gone with the softer one, but it was great in the end with the harder one. We now go to Malaysia in high spirits, because we did a good job today.” 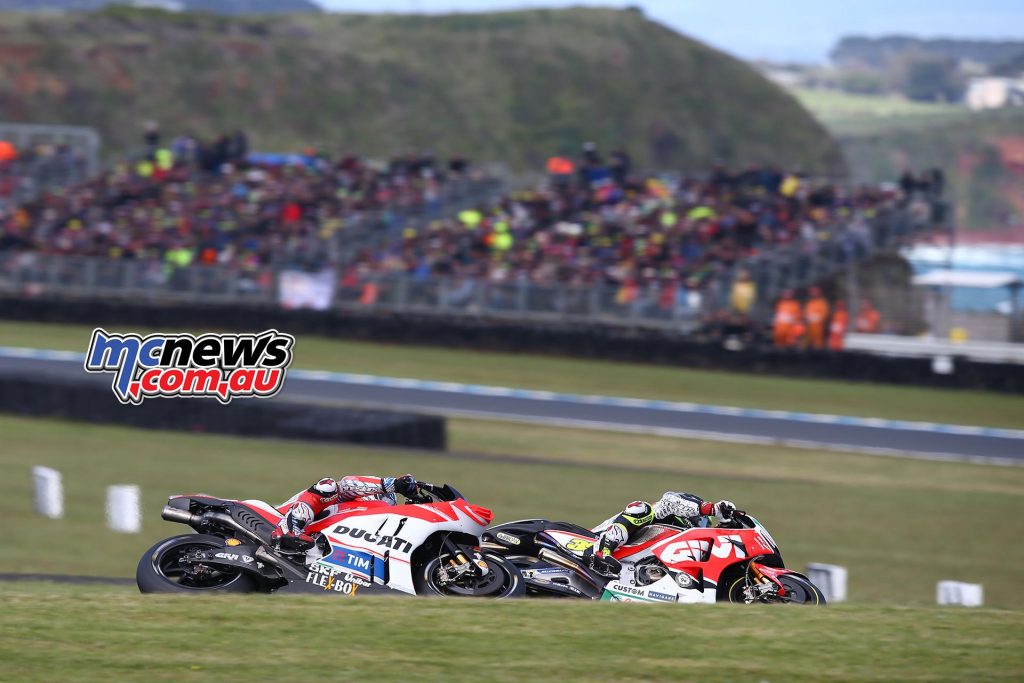 “This has been a very special weekend for Michelin, as this is the first time that it has been title sponsor of a MotoGP race, so it was really good to be a part of this event. Unfortunately, the weather played many games again and we experienced rain, wind, cold and sun, but at least we could try nearly all the tyres we brought here in all the different conditions. Today was the first time we had a full dry session, so the riders worked hard to get the set-up sorted in warm-up and all our technicians had to use their experience to advise on what tyres would work for the race for each rider. We were pleased with the performance of the front tyres today, the lap-times were fast considering the lack of practice and we saw some exciting racing all the way through the field. After Marc Marquez crashed, Cal Crutchlow rode a very intelligent and quick race and pushed when he needed to so he could guarantee the victory. This is one of the most demanding circuits of the season and it was made even more difficult with the weather, but we are happy with the way the whole weekend worked out. We will now head to Malaysia where we know we will face a challenge of a different kind, it will be much hotter in Sepang, which after Phillip Island will be a very pleasant change!”