What Went Down Last Week?

Motorcycling Australia (MA) has confirmed Coonalpyn, South Australia as the location for rounds 8 & 9, running from August 30th to September 1st.

The Vintage (Evo Pre 86) supporting class will run to the same format as seen in 2018. Featuring at Round 3 and 4 in Dungog, New South Wales (NSW) as an Enduro, the Vintage class will run as a precursor to the Vintage Enduro at the Australian Four Day Enduro (A4DE), held the following month.

All other classes from the 2018 season will remain unchanged for 2019 and Supplementary Regulations will be released in early 2019.

Yamaha Motor Australia is proud to announce a new partnership with Williams Event Management (WEM), as the naming rights sponsor of the 2019 Australian 2-Stroke national series which will be known as the Yamaha bLU cRU 2-Stroke Amateur Nationals, the series is open to all makes of two-stroke machines, with classes available for junior and senior amateur racers of all skill levels.

Announcing YMA’s involvement in the three-round championship through its bLU cRU sponsorship strategy, Matthew Ferry, National Sales and Marketing Manager Yamaha Australia said the series would provide an opportunity for junior racers to compete at a national level on three different circuits.

“During the 2018 MX Nationals, we had the opportunity to run the YZ65 Cup and found people were seriously enthusiastic about two-stroke junior racing, so when Kevin Williams from WEM spoke with us about the series, we were very excited. This will be an excellent opportunity for juniors to race nationally and develop their skills in this great sport.”

Five classes will contest the 2019 season, with the three-round series visiting Victoria, ACT and Queensland between February and April. The season kicks off at Traralgon in Victoria on 10 February, before heading north to Coolum, QLD, for round two on 3 March. The season finale will take place at Canberra, ACT, on 27 April.

Classes contesting the series are

For many years the Old Bar track near Taree had the honour of opening, and closing, the dirt track racing calendar in New South Wales and that tradition will continue in 2019 with the scheduling of the Twilight Open meeting for Saturday, January 19.

From 2014 to 2017 the Troy Bayliss Classic meeting opened the calendar and despite that event closing down the Taree Motorcycle Club is determined to put on a race meeting that will kick off the 2019 season with a bang.

The dirt track scene of course continues to produce exciting action for fans at the same time as producing exciting young talent progressing through the junior ranks in to other disciplines of the sport like speedway and road racing.

The twilight meeting will give riders the chance to blow away the cobwebs after a break from competition over the Christmas – New Year period.

As well as senior and junior 2-wheel action there will also be sidecar and ATV racing with entries closing on January 11, but Race Secretary Lyndel Butler has encouraged riders to get their entries in early as there will be a cap on entries for some classes to ensure a streamlined program for riders and fans alike.

McAdoo Slots in for Injured Sexton at Geico Honda

The dramas continue at Geico Honda with the news that Chase Sexton is inured hot on the back of the news that Jeremy Martin will not compete in the 2019 season.

Sexton hurt his collarbone in a mountain bike crash and will now switch from 250SX West Region to 250SX East Region, giving him time to recover so Cameron McAdoo will join RJ Hampshire on a GEICO Honda CRF250R in the West while GEICO Honda will have Sexton, Christian Craig, and Hunter Lawrence racing 250SX East.

After missing the 2018 Lucas Oil Pro Motocross due to a knee injury sustained at round four at High Point, Kyle Chisholm will join Alex Ray and Adam Enticknap in the H.E.P. Motorsports Suzuki team in 2019.

Chisholm moved back down to the 250 class in 2018 with 51Fifty Energy Drink Yamaha and finished eighth in the 250SX West Region while scoring five top ten finishes in the 450 class at a few East Coast race.

Chisholm underwent surgery in June to fix a torn meniscus and ACL and is looking forward to the new season – he posted this on social media:

‘Even though it’s no secret I haven’t officially posted about it, but I’m happy to be working with the @hepmotorsports@suzukicycles team for the 2019 @supercrosslive season. Thanks to all of the team’s sponsors. Looking forward to a good and fun season with the team.’

Stefan Everts was hospitalized in Belgium early in December after he contracted malaria while participating in a charity event in the Democratic Republic of the Congo and the family requested privacy during this difficult time so the news on Stefan’s condition have been scant but thankfully the family released some good news to Belgian media just before Xmas.

‘The situation of Stefan Everts, who has been affected by malaria, is developing favourably and his condition is no longer critical, which is why the ten-time world champion in motocross no longer needs a sedative. Everts is still in intensive care at the University Hospital of Leuven, where he is closely monitored and only his family members are admitted. About the effects of malaria or about the duration of the recovery, nothing can be said at the moment. The Everts family wants to thank everyone for the many statements of support and the encouraging words, we cannot possibly answer them all personally, that is why she (his wife) does it through this way: ‘A big thank you all to give us a heart in this difficult period.’

The family also asks, just like the past weeks, to give them the necessary rest so that she can concentrate fully on Stefan. In the case of new developments, communication will again take place via a press release.’ 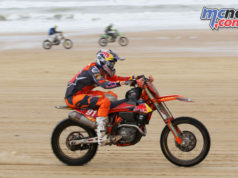 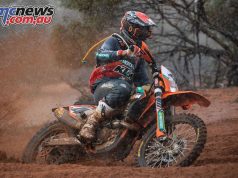