Yamalube/Star Racing Yamaha and Mitchell Oldenburg have agreed to a two-year deal that will keep the Minnesota native in the 250 Class for 2018 and 2019. The deal, which was first report by Transworld Motocross, was announced over the weekend.

With Oldenburg’s deal in place, it’s expected Star Racing will go into 2018 with five riders: Aaron Plessinger, Dylan Ferrandis, Colt Nichols, Justin Cooper, and Oldenburg. Mitchell Harrison, who spent the last two years with the team, was not re-signed. He has been linked as a possibility to one of the available rides with AutoTrader.com/Yoshimura Suzuki (JGR).

Oldenburg comes over from the Troy Lee Designs/Red Bull KTM team where he’s spent the last two and a half years, initially signing with the team as a fill-in for the 2015 Lucas Oil Pro Motocross Championship.

Oldenburg also sustained a broken collarbone at round two of Lucas Oil Pro Motocross at Glen Helen and missed the remainder of the season.

Rockstar Energy Husqvarna Factory Racing rider Pablo Quintanilla has won the 2017 FIM Cross-Country Rallies World Championship at the final round of the series in Morocco.

Successfully defending the title he won in 2016, the FR 450 Rally mounted rider wrapped up the 2017 OiLibya Morocco Rally with a top six result in the event’s final overall standings.

Putting in one more solid performance on the final stage in the dunes of Morocco, Pablo posted the fourth fastest time in the first 163km-long timed special stage to go on and finish the event with the sixth best time in the short final special. With race organisers opting to re-instate a 20-minute penalty handed to Pablo on day two, the Chilean rider wrapped up the 2017 Morocco Rally with sixth in the event’s final standings.

“I’m over the moon with securing this title. This year’s Morocco Rally has been a tough one and with all the incidents on day two I had to dig really deep to defend my championship. I did my best to remain focused until the end as my main goal was to be world champion again. Everything went well and I never lost my focus. Overall, I felt very strong racing here in Morocco. I felt strong with my navigation and the bike, and this is very important for the coming Dakar Rally. I just want to thank all the members of the Rockstar Energy Husqvarna team for their hard work and dedication. We’ve all worked really hard during the season and this title is the best reward for all the sacrifices.”

After twenty years of racing, including twelve seasons at the highest level, dual World Champion and multiple French Champion Livia Lancelot will move into a management role with the Honda backed Team 114 in the 2018 World MX2 Motocross Championship.

Doing most of her career with Kawasaki, Livia claimed numerous successes on a lime green bike, and she will keep working as part of Team Green until the end of French Beach Race series.

But for such an active woman this project is not enough and Livia reached another dream as she will become the manager of a team involved in the MX2 World Championship.

“For a few years I have been riding with my own Team 114, and my dream has always been to enter the MX2 World Championship. Of course it would have been really great to do this with my current partners, but the involvement in the MX2 class is different than WMX so there is no possibility to continue with all of them and especially Kawasaki. We had a long and successful story together since 2007, and I really want to thank Kawasaki Europe, Kawasaki France, Steve Guttridge and Fred Bassaler for their support during all these seasons and I think that we can be proud of what we achieved together.

Everyone in the industry knew that my project was to remain team owner/manager in the future, now another manufacturer is interested in that project and has decided to work with me. My new team will be involved next season with two riders, Hunter Lawrence and Bas Vaessen, who will enter the MX2 World Championship. It’s a kind of challenge to enter the MX2 World Championship with a new manufacturer, but they are really motivated and I will give 110% on this project, as I did when I was a racer.”

Not ready yet to spend time far from the tracks, Livia finally reached an agreement with another brand to continue her activities with team 114.

Adam Sterry on Kawasaki for the 2018 MX2 World Championships

The F&H Kawasaki Racing team have Adam Sterry for the next two years with the British rider to contest the MX2 World Championship.

The talented British rider it was a tough year as a torn ACL meant he missed much of the season but before the injury he showed good speed and was knocking on the door of top ten results with his best finish being during the second moto in Indonesia when he came home in sixth and he will be hoping for more results like that to build on over the course of the next two seasons.

Sterry joins Ruben Fernandez under the team’s awning for the 2018 MX2 World Championship campaign but the team will announce a third rider in due course.

“I am very happy and excited to join F&H Kawasaki for the next two years. I am thankful for this opportunity after being injured most of this year but we will be back stronger than ever. I can’t wait to start riding and testing with the team. I learnt a lot about the Kawasaki KX250-F this year and I’ll be taking that into next year to help us achieve the results we work very hard for.” 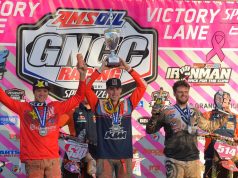 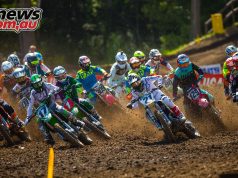 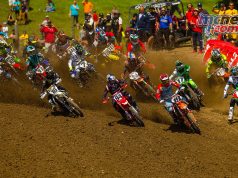