Joan Mir (Leopard Racing) took a hard-earned victory at the Sachsenring, as the Championship leader made his move on the final lap to hold it over the line after a three-way fight for the win.

Mir got away in the lead after a good start from the front row, with Marcos Ramirez chasing the Championship leader down and soon striking to take over in the lead. Fenati then slotted into third, with rookie Tony Arbolino (SIC58 Squadra Corse) staying up in the fight – and polesitter Aron Canet (Estrella Galicia 0,0) the man to lose out most in the opening laps, dropping a number of positions. 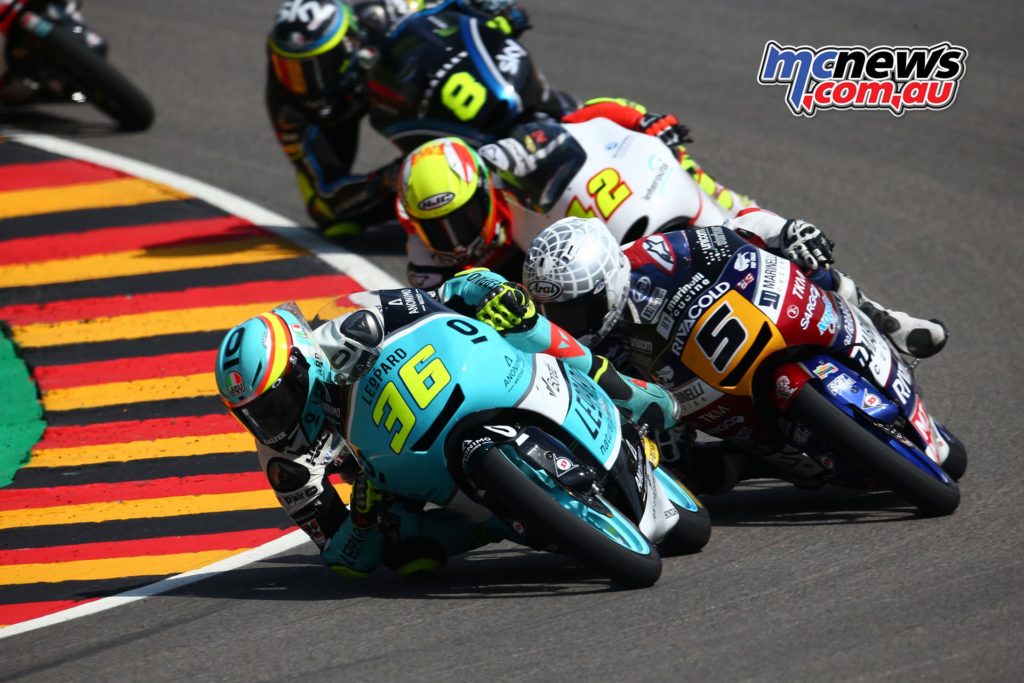 As the race settled into a rhythm, a front group of five saw Mir, Fenati and Ramirez just ahead of Arbolino and Nicolo Bulega (Sky Racing Team VR46), with positions switching but the gap to those chasing remaining around four seconds.

As Fenati, Mir and Ramirez gained some daylight behind them in the battle for the lead, drama struck for Arbolino as the Italian suffered a highside at Turn 2 to leave Bulega alone on track in fourth. The fight for fifth – or what became fifth following Arbolino’s crash – was headed by home hero Philipp Oettl (Südmetall Schedl GP Racing) and stretched all the way back to Mugello winner Andrea Migno (Sky Racing Team VR46) in P19 in the second group. By half distance, Oettl had pulled away from those behind to slot into a lonely ride, but the German had company hot on the chase. 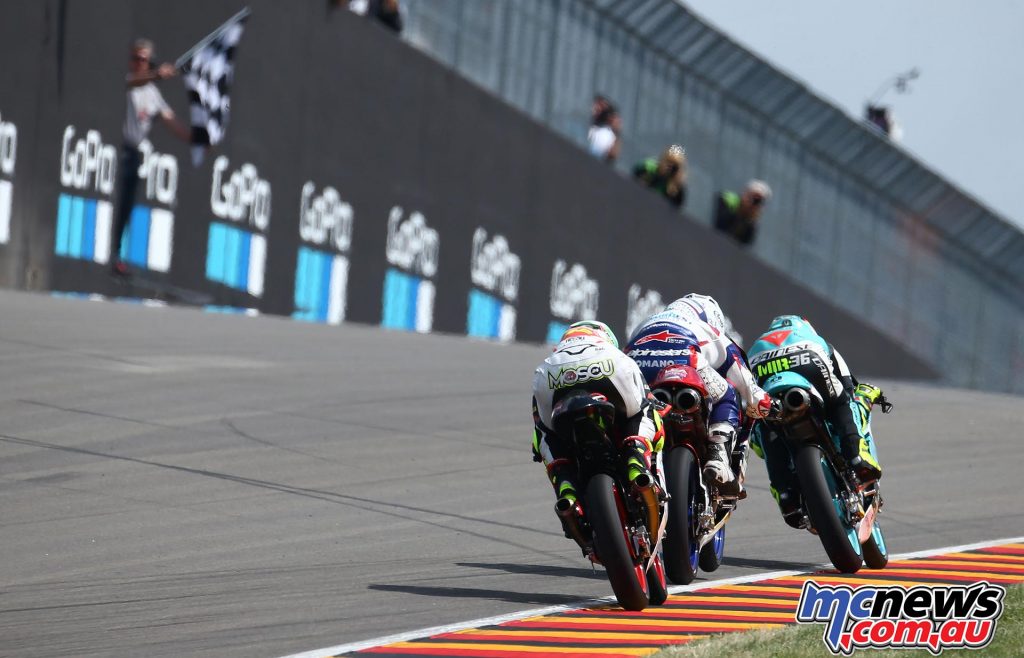 Over the line, Enea Bastianini (Estrella Galicia 0,0) was close to closing down Oettl, with the Italian only taking P6 by half a second after a much bigger previous gap to the German. Livio Loi (Leopard Racing) got back in the battle in P7 after some more difficult races this season, ahead of Bo Bendsneyder (Red Bull KTM Ajo) in eighth. There was also more impressive pace from Tatsuki Suzuki (SIC58 Squadra Corse) as the Japanese rider beat Darryn Binder (Platinum Bay Real Estate) to ninth, both bagging some solid points.

Aron Canet was a high profile DNF after a crash out of goods points contention, with British Talent Team rider John McPhee and Red Bull KTM Ajo injury replacement Danny Kent also sliding out. Canet’s DNF sees Fenati move above him in the title standings, with the gap to Mir at the top now over the Italian. 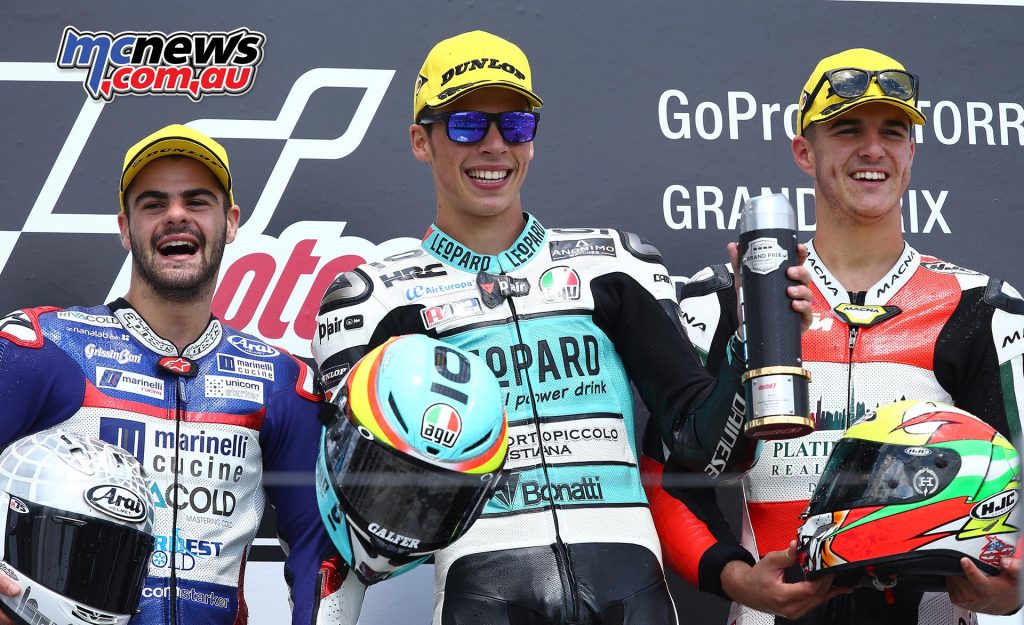 Save on Honda tourers with the 'On Tour' sale