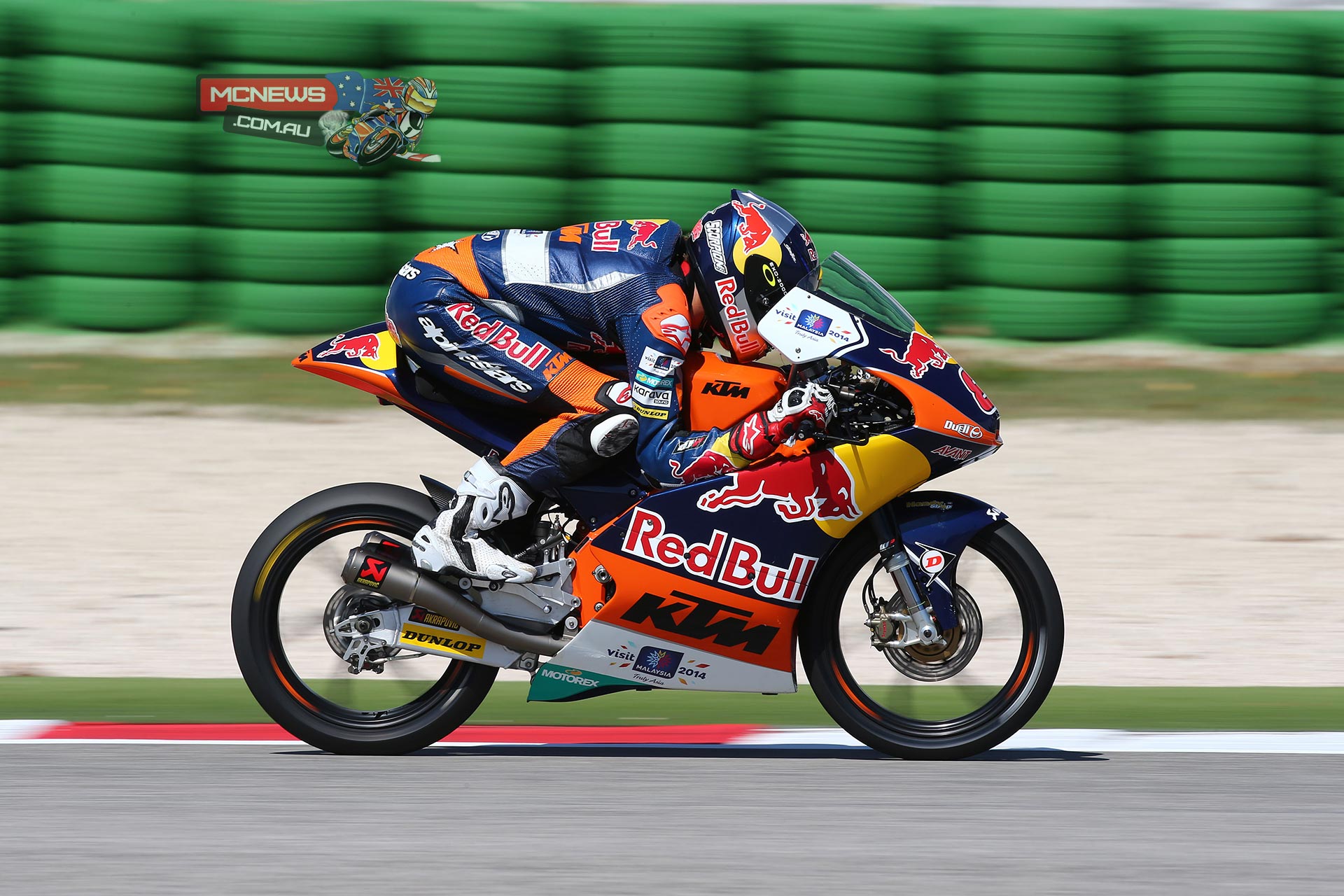 Nine time World Champion Rossi (Movistar Yamaha MotoGP) took the lead in the early laps after getting in front of pole man Lorenzo and then asserting his authority in an early battle with Marquez. On the 10th lap Marquez went down at Rio corner when in second place and whilst he restarted his RC213V he could not achieve more than a solitary point.

Rossi kept the hammer down at the front to eventually win by 1.578s and reach the milestone of 5000 Grand Prix points in style. It is the 107th victory of Rossi’s remarkable career.

Lorenzo rode with determination to take another podium result and finished in second place for the fourth successive race.

Coming from fifth on the grid, Pedrosa (Repsol Honda Team) took his ninth podium finish of the season in third place, crossing the line 1.234s ahead of the hard working Andrea Dovizioso (Ducati Team).

It was another good ride for Dovizioso in front of the home crowd as he got the Ducati across the finish line 5.5s behind winner Rossi. Likewise, Andrea Iannone (Pramac Racing) impressed in fifth place with another solid result.

Mike Di Meglio (Avintia Racing) was an early crasher, as was Danilo Petrucci (Octo IodaRacing Team). Di Meglio suffered a displaced fracture of fourth and fifthth metacarpus of his left hand and will require surgery. Stefan Bradl (LCR Honda MotoGP) also fell out of the top ten. Aleix Espargaro (NGM Forward Racing) crashed on the final lap. All the riders other than Di Meglio were uninjured.