Onboard lap of revised Catalunya layout with Tito Rabat

Team Estrella Galicia 0,0 Marc VDS rider, Tito Rabat, heads home to Barcelona and round seven of the MotoGP World Championship confident of a strong showing in front of his home crowd, following a successful test at the Circuit de Barcelona-Catalunya just two weeks ago.

The track layout has been revised for this weekend’s Grand Prix of Catalonia. The F1 layout at turn 10 will be used again this year, making the entry both tighter and slower. The switch was made on safety grounds following discussions in the safety commission meeting on the Friday evening of last year’s race.

The changes also include the addition of the RACC chicane between the stadium section and the final corner. Previously this section was two fast, downhill rights through which the riders built up speed, but now it’s a right-left-right slow speed chicane, almost the opposite of what was there before.

The private Barcelona test was the first opportunity for the MotoGP riders to sample the revised, slower layout. Jack Miller was forced to sit out the test due to minor injuries sustained in his FP4 crash at Le Mans three days previously, but Rabat made the most of the two days to acquaint himself with the new layout. 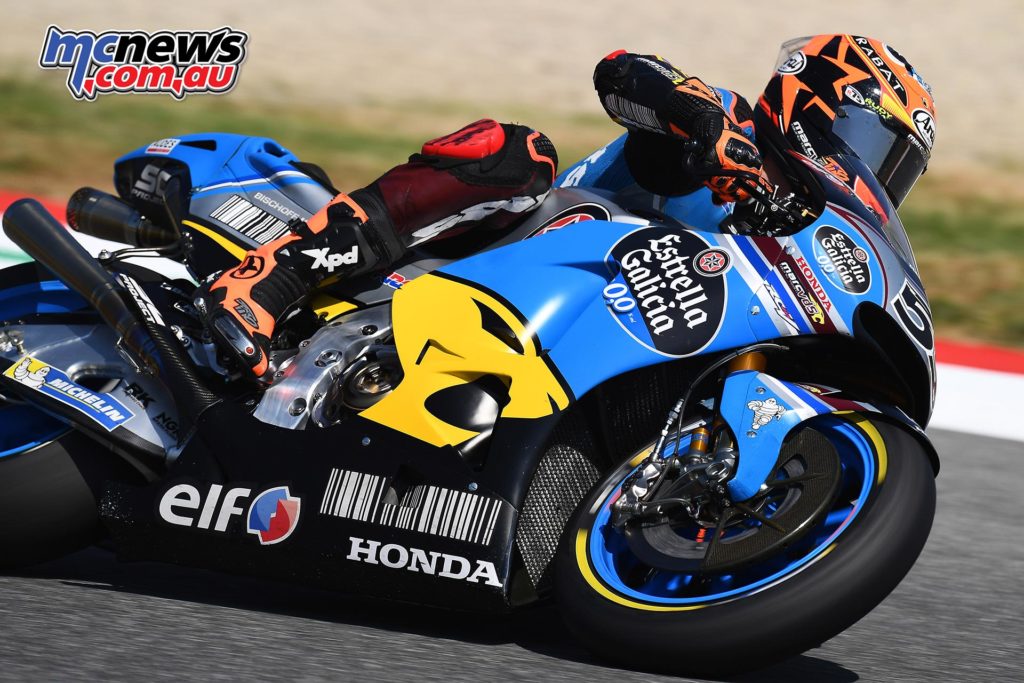 “The most important thing is that the revised configuration is much safer than the previous layout, but it does take away something from the track,” explains Rabat.

“Before turn 10 was more long, with a faster entry and higher corner speed. But the wall was too close, so they had to make changes to the corner because it was impossible to increase the run off area.”

“Now it’s more stop and go, with a tight angle, a bit like the Circuit of the Americas in Texas. But it’s not just the angle that makes it different; the asphalt changes as you come into the new turn and there are some bumps mid-corner that you need to be aware of. It would be easy to get things wrong and crash, but now the crash would be much slower than previously.”

“The corner is very technical now. You need to be very precise with your line and feed in the gas smoothly on exit. The downside is that turn 10 used to be a corner where you could pass on the brakes, but now it is impossible.”

“The new chicane – turns 13, 14 and 15 – is very different to what was there before, but much safer. It’s slow and it’s technical. It would be possible to pass into turn 13, but the chances are that you’d put out whoever it was you’d passed, so you’d need to be careful.”

“You also need to take care of the kerbs in turns 14 and 15, because they are quite high and very bumpy. Run onto the kerbs hard on entry or exit and there’s a good chance you’ll crash.”

“The biggest issue is that it’s possible to jump the chicane and make up time, or crash on entry and have the bike come back on the track at the exit, so this needs to be monitored closely and riders penalised if they gain an advantage or cause another rider to crash in this way.”

“The new chicane is further back from the last turn than the layout we used in the race last year, so it’s possible to build more speed before turn 16, which gives you more speed onto the straight. For this reason I think the top speeds will be faster this year.”

“So, while I agree with some other riders that the changes have altered the characteristics of the track, and not for the better, it is important to remember why these changes were made and that they were made at the request of the riders.”

“For me it changes little. I still like the track and I’m looking forward to my home race after a successful test on the new layout, which seems to suit well our bike,” concluded the Team Estrella Galicia 0,0 Marc VDS rider. 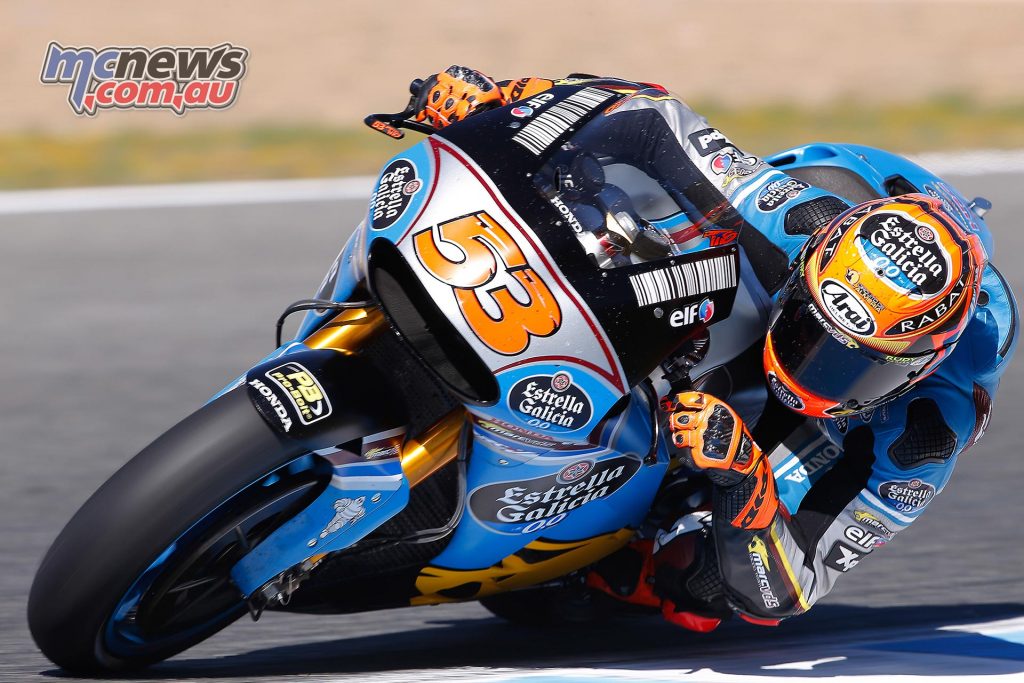