Bulahdelah put on a Saturday special for the first round of the Yamaha Australian Off-Road Championship (AORC) today.

After a damp Friday, any thoughts of a wet track were quickly put to bed as the sun rose to quickly dry up the 15.2 Kilometre track to provide a spectacular day of racing in kicking off the 2014 season

With over 270 riders participating in both the NSW and Australian Championships, it was a non-stop action packed day with some standout performances in all classes.

Two heats were run on Day 1’s track before a boundary issue saw the Senior classes switch to Day 2’s track early to complete the third and final lap of the day.

Toby Price (Motorex KTM) made a triumphant return from injury and stamped his authority on the AORC in the first heat of the premier E2 Class, he burned around what was admittedly a fast sprint course in a time of 18:11.156 over 30 seconds faster than second place Josh Green (Active8 Yamaha) who posted 18:54.023, claiming second in the opening heat.

The E3 was dominated by Husqvarna’s Glenn Kearney (Husqvarna Enduro Racing) in all three heats he claimed the top spot, eventually finishing on 49:13.882.

Newcomer to the Motorex KTM Off-road Team Peter Boyle proved a fantastic asset for KTM, he topped the E1 Class in two of the three heats, placing second in the third heat to Tom McCormack (Active8 Yamaha).

Jess Gardiner (Sherco) celebrated her 21st birthday on Friday by edging out Tayla Jones (KTM) in the three heats to finish on top in the Women’s class, keep an eye out for a Today Show segment dedicated to Jess and her European trip for which she leaves Monday!

The introduction of the brand new Transmoto 19 & Under class was owned by Daniel Chucky Sanders (KTM) who achieved first in the class and sixth overall for his best results to date in his young career!

Price would finish the day on top overall with a total time of 47:55.596 from the three laps 2014 Enduro-X winner Chris Hollis (CDR Yamaha) made up ground to finish in second overall on 48:45.518,Kearny secured third while returning AORC champion Daniel Milner (CDR Yamaha) has a lot of work to do tomorrow after he finished 14th overall. 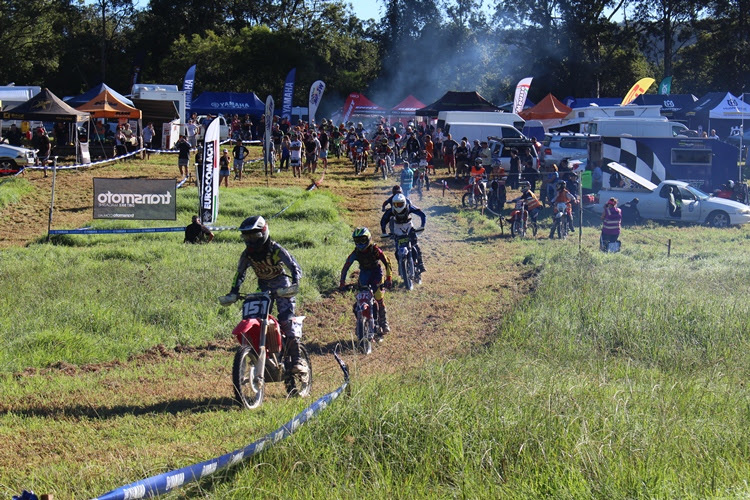