by Trev
in Bike Reviews / Products, Features, Motorcycle News, Motorcycle Racing, WSBK
A A
Share on FacebookShare on TwitterShare

Q: Let’s start with the bike and the new electronics package.

“Yes, again in the winter time we work hard. Last year the MotoGP strategies were implemented on the electronic packages. We got help from Honda with that, but during the season it became apparent that we still need some updates and we needed to learn to work with it, but still we were not level with the competition or the possibilities.”

Q: Let’s put last year behind us as it is all bad memories so to speak…

“We have to speak about last year because that is where it all started. We had quite some problems on all fronts. Some reliability issues, so we started working the last three races of the previous season to improve; start up a big program of improvement on every single component.

“Again, electronics was the bigger task and we now have the possibility as the others to drive the [throttle] butterflies two and two, so we have two motors on it, so it gives us more possibilities to bring the power down to the track especially when grip levels are low.

Q: How are things going so far with the new electronics?

“It has been a great effort, and seeing the winter tests and improvement. At Jerez we struggled really, really badly last year and now the last test we were very close to our competitor’s time. We did testing there but with the old system that didn’t have these possibilities. So we will go again to Jerez before the season starts in Europe. This is the worst circuit for us.”

Q: With the new electronics how many more parameters has it given you compared to the old stuff?

“It’s like 40 per cent more tools in the tool box. It is a huge step and gives us a huge amount of flexibility. That’s why it sounds like a big bang engine coming out of turn four, then at the Hayshed it is on all four cylinders, but still the electronics is working. We have to change it during the day too, as the circuit is so much different in the afternoon to the morning.”

Q: I can tell, especially, when listening on deceleration…

“We can stop cylinders from firing. That’s why you hear that noise.”

Q: How many cylinders are being cut?

“Its variable. Up to two. It depends on which corner it [the bike] is at.  We can have four, three or two. The biggest advantage is now on power and the possibilities to adjust the two butterflies differently. It’s in sectors so you can adjust it and can be adjusted as tyre wear comes in. You can shift up modes but this is up to riders to change the maps manually.”

Q: How do you reckon you will stand up during the year?

“That’s a hard question. We are still a few tenths short at the moment. It doesn’t seem far but we have to make that less.

“Everyone else has improved too, especially Suzuki, has done a very good job and Ducati is also rising again from the ashes.

“For sure, you always aim for the championship, then top three would be really nice but top five finishes is maybe more realistic at this point.”

Q: Realistically you have a lot better chance than you did last year where you were basically beaten before you started?

“Yes, but we just didn’t realise it last year. Now we come from an underdog position and we work really hard to get where we are. I am satisfied with the job we have done so far. We have closed off a huge gap. There is still a gap, but we know it, and we are in the game.

“In general we are in good spirits. We had a really tough time last year and now we are in for a fight and give it our best

“We have been with Cosworth for a number of years. We are the only one using them. They are a long time partner. We have a good relationship. We hired a new guy, Massimo Neri from the BMW squad with a lot of experience and he worked with Suzuki and Aprilia. That was a good step. He has given us a lot of information, new direction and new input. A breath of fresh air.” 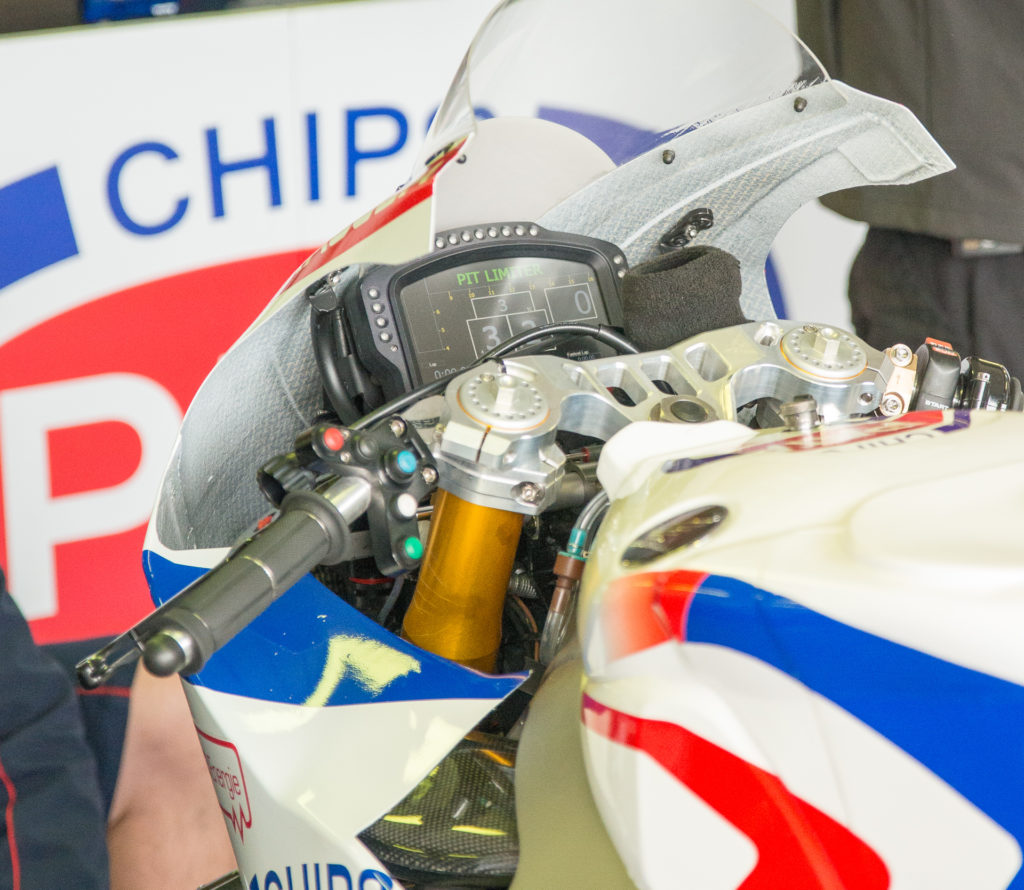