Romano Fenati back on top in Moto3

Moto3 – Romano Fenati back on top

Romano Fenati (Marinelli Rivacold Snipers) took a stunning win in the Moto3 race at the Red Bull Grand Prix of the Americas, crossing the line over four seconds clear of dueling Del Conca Gresini Moto3 teammates Jorge Martin and Fabio Di Giannantonio for his first win since the same venue last year. The race was initially Red Flagged and restarted, with distance shortened to 12 laps. 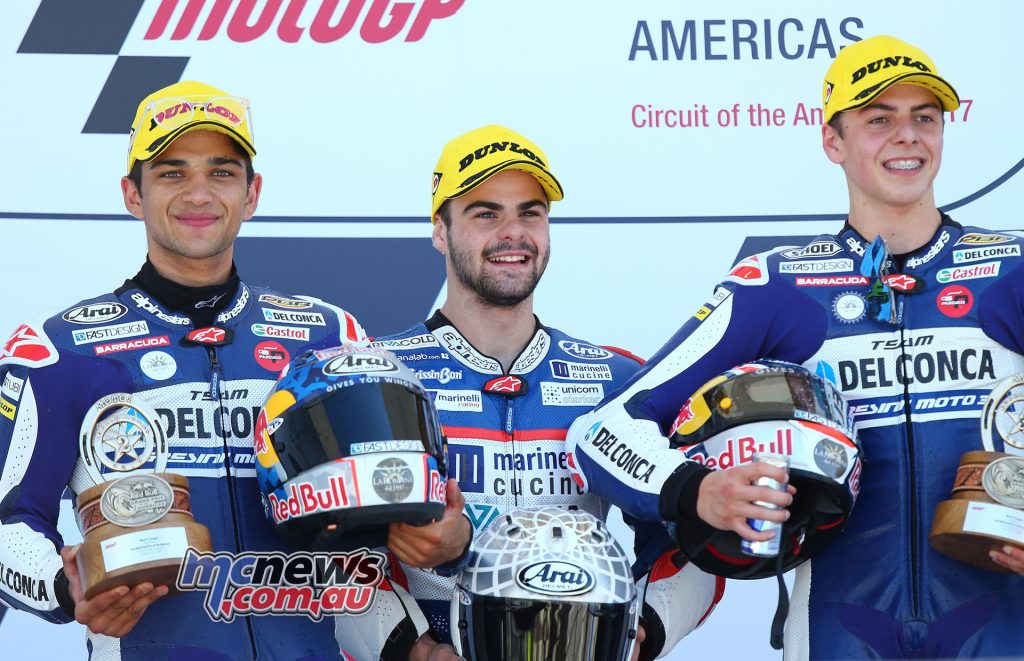 On the original start, polesitter Aron Canet (Estrella Galicia 0,0) was streaking away from Joan Mir (Leopard Racing) after a near perfect launch off the line, before the Red Flag came out following a crash for rookie Kaito Toba (Honda Team Asia) at T14 – rider ok. The race was restarted with Canet again getting the hole shot, but this time it was Fenati on the chase – and the Italian took the lead on the first lap before Canet got it back into T1, with the mission on to stop the Spaniard after his blistering practice pace. 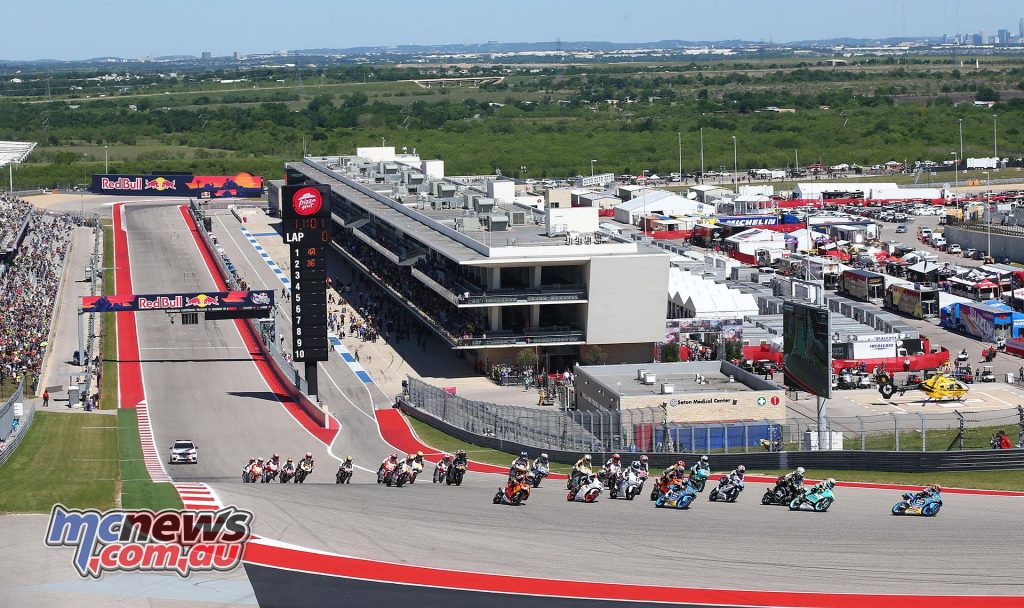 Fabio Di Giannantonio (Del Conca Gresini Moto3) was the big winner second time off the line to move up into third, with a front group trailed by Mir, Martin, Nicolo Bulega (Sky Racing Team VR46) and Enea Bastianini (Estrella Galicia 0,0) – before the gloves came off at the front.

After a stunning side-by-side duel between the two leaders Canet and Fenati, the Italian had settled back into second to try and stay with the Spaniard – until the polesitter suddenly highsided out of contention at T19, leaving Fenati in the lead after some impressive tactics. 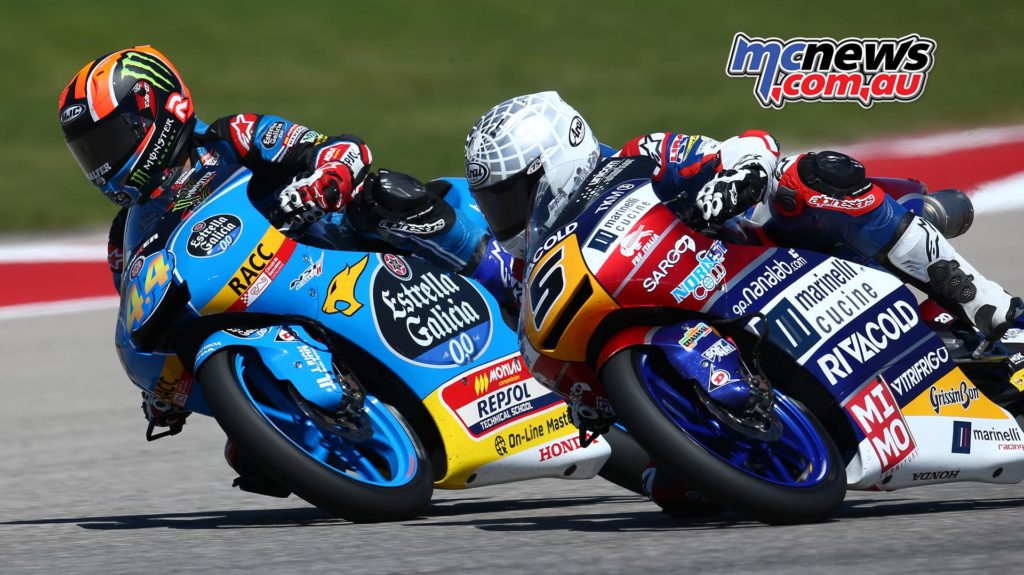 The number five away by over a second, the podium fight seemed whittled down to Martin, Mir, Di Giannantonio and Bulega – with the group close together and switching positions until the ‘cavalry’ arrived in the form of Bastianini, John McPhee (British Talent Team), Juanfran Guevara (RBA BOE Racing Team) and Philipp Oettl (Südmetall Schedl GP Racing).

On the dawn of the last lap, it looked like a certain double podium for the Gresini duo, before Bastianini tried a move but headed wide and Martin and ‘Diggia’ were left to go head to head in the final corner – with the Spaniard surviving his teammate’s move to beat him over the line by only 0.023 to decide the rostrum. 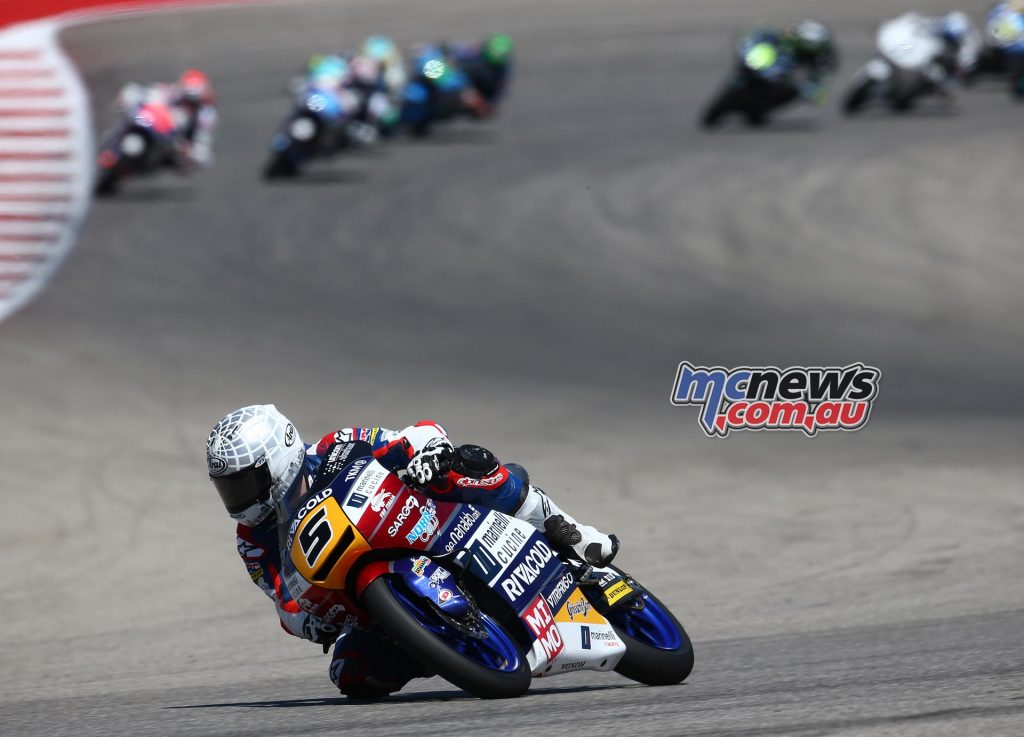 Four and a half seconds ahead of that fight, Fenati crossed the line for his first win of the season in some style. Gloves off and fighting it out against Canet early on, the Italian then settled into an impressive rhythm when clear at the front – taking himself right back into the points battle near the top of the standings. 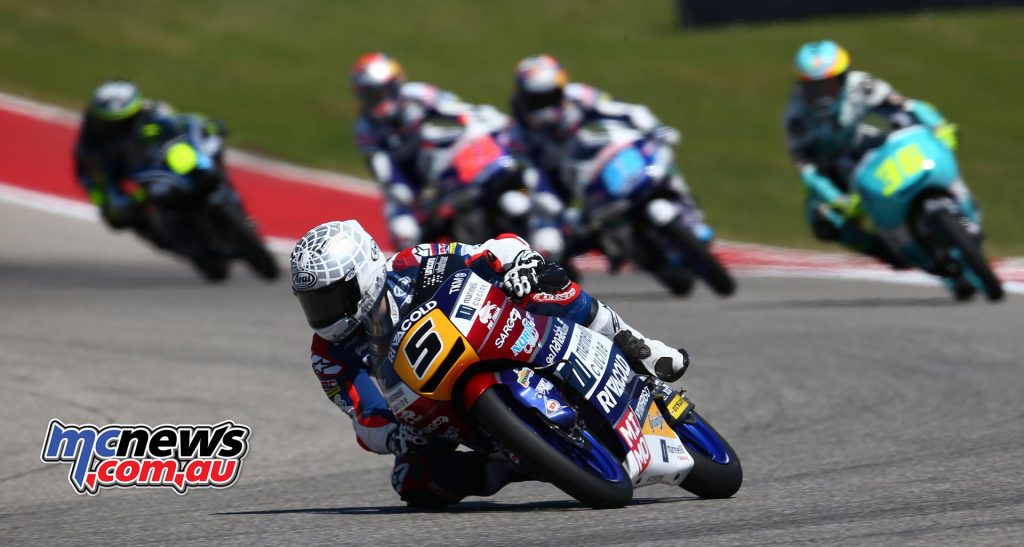 Bastianini, Bulega and Juanfran Guevara came home from fourth to sixth, with McPhee beating key Championship rival Mir to seventh and Oettl the final rider in the second group.

The Championship has now tightened at the top as the paddock prepares to head back to Europe for Jerez – with Mir now leading Martin and McPhee, and Fenati up into fourth. 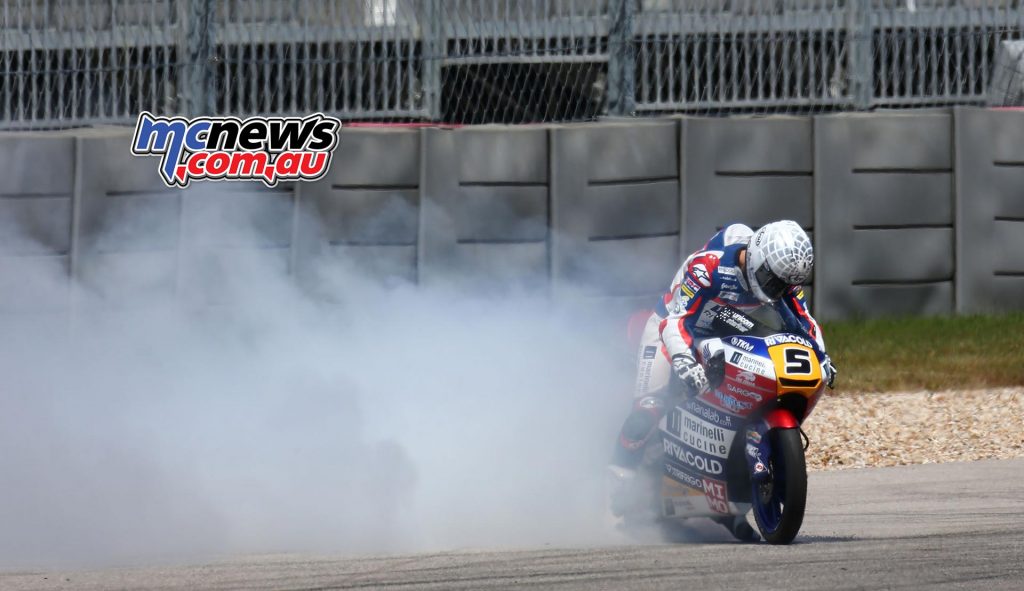