by Phil Aynsley
in Features, MotoGP, Motorcycle News
A A
Share on FacebookShare on TwitterShare

Aprilia designer/engineer Jan Witteveen was the first to take advantage of the rule change which allowed twin-cylinder bikes to have a minimum weight of 105 kg, compared to four cylinder bikes’ 130 kg. Honda later followed suit (in 1996) with their NSR500V.

Aprilia began its premier class campaign in 1994 with a bike that was basically their RSV250 V-twin enlarged to 410 cc with Loris Reggiani as the rider.

For 1996 a dedicated chassis was employed, not a modified 250 cc frame, the capacity grew to 430 cc, then to 460 cc half way through the ’97 season. The motor architecture precluded any increase past 460 cc.

It was for this reason the company sat out 1998 while a completely new 498 cc motor was developed. This first saw action in 1999 with Tetsuya Harada as the pilot. He was joined by Jeremy McWilliams for the 2000 season.

The RSW-2’s (and the NSR500V’s) main problem was despite being theoretically capable of faster lap times than the heavier four cylinder bikes, in reality the horsepower advantage of the fours (usually around 50-60 plus hp) provided greater acceleration, meaning the twins weren’t able to use their superior cornering speed to get past the fours. Good results were thus rare.

Reggiani finished the ’95 season in tenth (with seven top ten places), Doriano Romboni 19th (two top ten places) in ’96 followed by nine top ten finishes in ’97 including the bike’s first podium – a third at Assen, and tenth overall for the season. 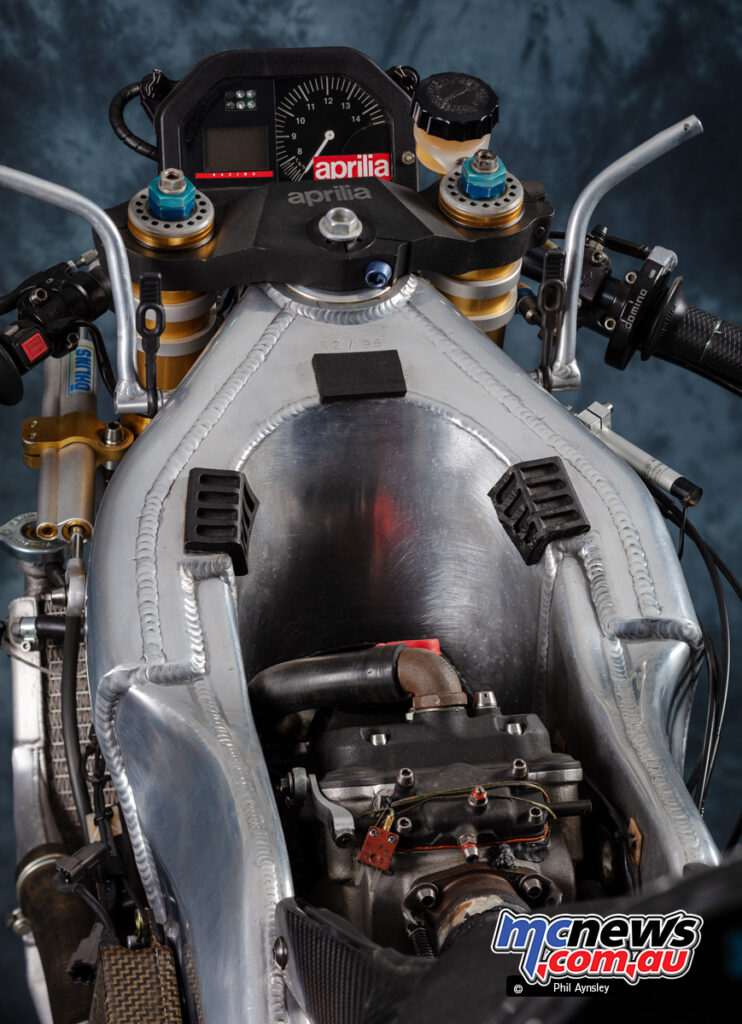