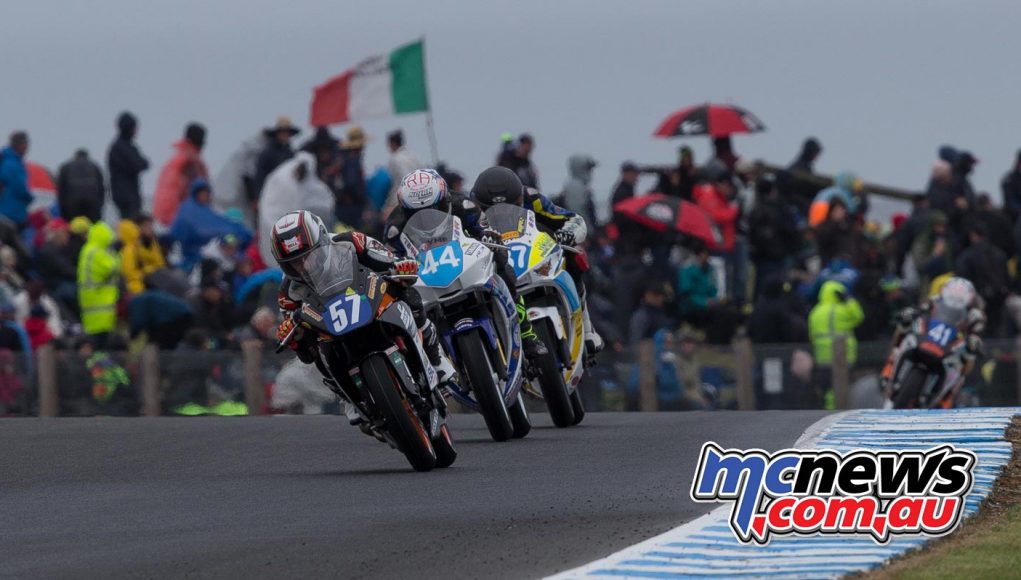 All eyes were transfixed on the Australian Supersport 300 Race Three, the final support class race of the weekend. After two exciting races on Friday and Saturday, there was plenty of anticipation for another thrilling race. Seth Crump (Jason Crump, KTM RC 390) took the victory in wet conditions at the 2017 Australian Motorcycle Grand Prix.

As Race Three of the Australian Supersport 300 Support category started, Max Croker (KTM Australia, RC 390) led into Doohan Corner, but behind them a crash involving multiple riders on the front straight resulted in Brendon Demmery (Deborah Motorsports, Yamaha YZF-R3) requiring medical assistance, leading to a red flag. Demmery was air-lifted to hospital after suffering compoud fractures both below and above the knee.

When the race was restarted, it would be reduced to a six-lap race.

This time, Oli Bayliss (Cube Racing, Kawasaki Ninja 300) would take the lead into Doohan Corner, followed by Jack Mahaffy (JDS Moto, Yamaha YZF-R3) and Croker. Broc Pearson (YRD, Yamaha YZF-R3) and Zac Levy (Puma RV’s, Yamaha YZF-R3) would manage to overtake Croker in quick succession. Soon after the race started, the rain flags came out to throw a curve ball into the mix. By now Levy had taken the lead of the race and with four laps to go, three bikes crashed at Doohan Corner including Bayliss, who was challenging for the win.

With all the incidents around the track that allowed Crump to make his move and attack for the lead on Levy. With three laps to go, Crump led from Levy and Tom Bramich (Ron Angel Classic, Yamaha YZF-R3). These three had developed a two second advantage to fourth place Croker.

Just before the final lap, the race was red flagged due to deteriorating conditions, as a result Crump took the race win, followed by Bramich and Levy on the podium positions.

As a result of a great weekend, Croker scored the most points Australian Supersport 300 Support Category at the Australian Motorcycle Grand Prix, followed by Crump and Bramich.

“It was an awesome weekend despite all the difficult conditions. We managed to take the win in Race Two as well. Unfortunately we went with slicks in the last race and that didn’t work in our favour but I’m very happy overall. The highlight of the weekend had to be that second race where I managed to break the slipstream of Mahaffy and Bayliss to take the win.” 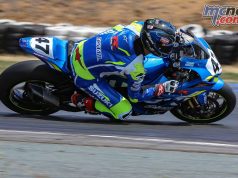 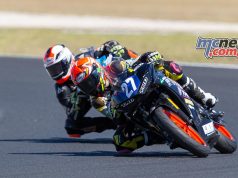 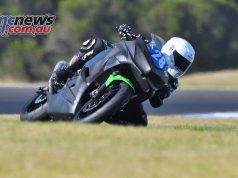